‘Voting Is Lit’ for the Equity Alliance and Black voters 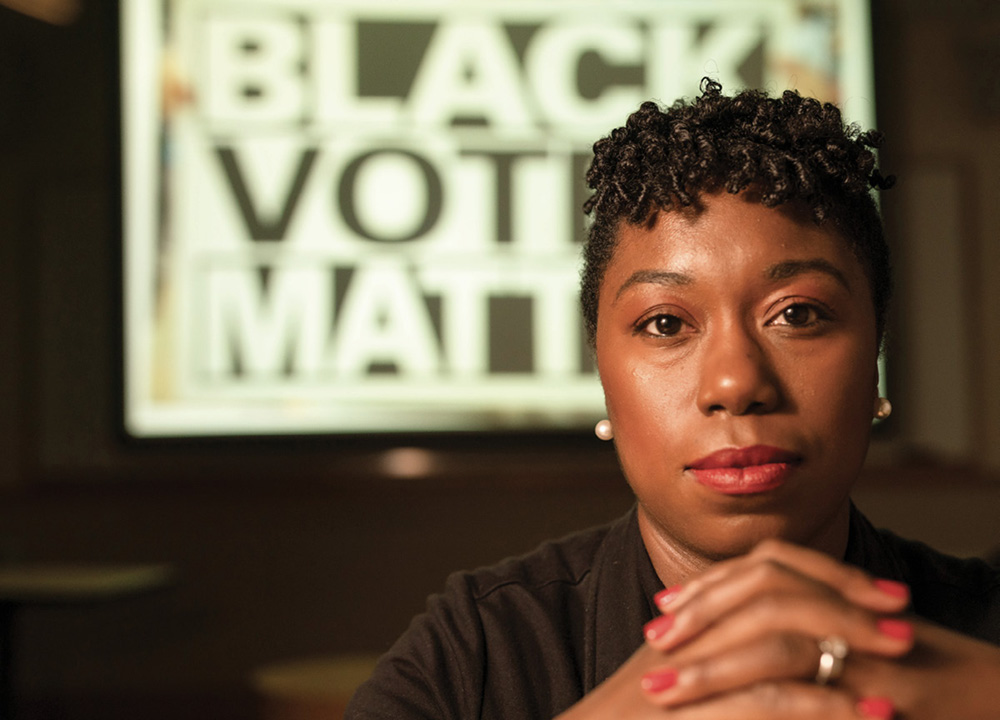 Charlane Oliver is a co-founder of the Equity Alliance, an organization dedicated to educating and energizing the Black electorate. Formed in 2016 as an outlet for anger and frustration after multiple episodes of indifference and violence against the Black community, Oliver initially served as the organization’s volunteer board chair. In just three years she has parlayed her passion for justice into a funded position as executive director.

Recently, the Equity Alliance made an impact on local elections and helped raise concerns about voter suppression in Tennessee.

“We decided that we’re not going to do things we’ve always done,” Oliver says. The group made the decision to appeal directly to Black culture, coining the motto “Voting Is Lit.”

“We go where the people are. We go to nightclubs. We go to laundromats. We host barbecues,” Oliver says. “We don’t want to be just a voter registration group. We want to watch legislation and monitor what policymakers are introducing.” The Equity Alliance organized the first protest and voter registration drive in Nashville in response to George Floyd’s death. Whenever they see the Black vote taken for granted, the group’s leaders speak out.

A native of Little Rock, Arkansas, Oliver arrived at Vanderbilt in 2001 and describes walking around campus with “a chip on my shoulder,” daring people to question the fact that she belonged. She found her academic home as a human and organizational development major at Peabody College and honed her abilities as a problem solver in nearly every course that was part of her HOD curriculum.

“It is the best major on campus because it sets you up with the foundational skills you need in the working world, no matter what job you have,” Oliver says.

After college she worked for the State of Tennessee, Meharry Medical Center in Nashville, the Knoxville Urban League and, more recently, the Williamson County Chamber of Commerce and U.S. Rep. Jim Cooper (D-TN). As her professional successes grew, Oliver wondered why Blacks were not building voting power to influence elections. Thus, the Equity Alliance was born.

“Our strategy is to talk to people who are being ignored and get them to see that everything about their lives is tied to their vote, because it’s tied to policy. We get them the knowledge because if we know better, we do better.”