Astronomers are preparing to further study the atmospheres of planets discovered through NASA’s Transiting Exoplanet Survey Satellite (TESS) mission, to identify the most promising exoplanets—planets in solar systems beyond our own— for habitability and signs of life.

Set to launch in late 2021, Twinkle is a space mission that will deliver unprecedented data via satellite telescope to astronomers about the elemental composition of exoplanet atmospheres. Vanderbilt and The Ohio State University have become Founding Members of the mission and will play a leading role in shaping the mission’s directives, targets, and survey operations. 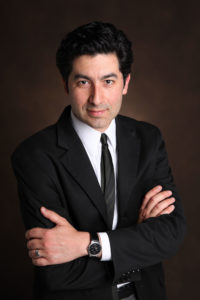 “We already have a decent estimate of the number of Earth-like planets with similar size, mass and bulk composition in our galaxy, but what we don’t yet know is how common atmospheres like ours are on these planets,” said Keivan Stassun, Stevenson Professor of Physics and Astronomy, who will lead Vanderbilt’s ‘Team Twinkle’. “The Twinkle mission can bring answers to this burning question. The measurements that we will take will help us identify planets with atmospheres, and of those, which are breathable and livable.”

Finding Earth-like planets orbiting Sun-like stars with oxygen-rich atmospheres and an ozone layer in the upper atmosphere to protect life from being mutated by UV rays, like what we have on this planet, is no small feat. As a co-investigator of the TESS mission, Stassun has spent the last eight years developing, designing, launching and running the program. Following several successful discoveries of potentially habitable planets during the TESS mission, Stassun and his team are cautiously optimistic about the opportunity presented by Twinkle.

Stassun, together with the Twinkle’s other Founding Members, The Ohio State University’s Scott Gaudi, Thomas Jefferson Professor for Discovery and Space Exploration and Ji Wang, assistant professor of astronomy, are assembling a ‘hit list’ of target planets to study until the satellite’s launch. Once the satellite is in its sun-synchronous, low-Earth polar orbit, the team will collect and calibrate data, sitting at the computer screen with bated breath for the first signs of breathable atmospheres. The full data analysis will take a few years to process and potentially create opportunities for the mission to be extended. 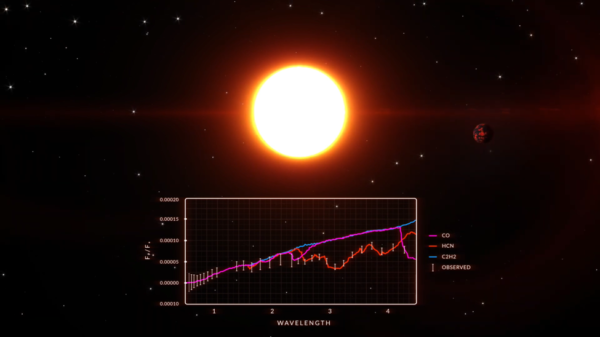 “Twinkle is nimble, so we will be able to observe many candidates with multiple visits to the same target,” said Wang. “We also have a very competitive team here at Ohio State that can leverage NASA’s James Webb Space Telescope mission to focus on a handful of the most promising targets identified for biosignature detection. Finding biosignatures on exoplanets represents one of our best chances of finding signs of life elsewhere.”

“With a core group of faculty, postdoctoral scholars, graduate students and undergraduates all engaged in cutting-edge research, the departments of astronomy at Ohio State and Vanderbilt have worked together to establish themselves as leaders in the study of exoplanets — planets orbiting other stars — and the search for life on these worlds,” said Gaudi.  “As founding members of the Twinkle mission with our colleagues at Vanderbilt, we will further cement our departments as centers for the study and characterization of exoplanets.”

Stassun, also director of the Frist Center for Autism and Innovation, is building his team that will be working on data visualization and analysis to include neurodiverse students through the Center’s autism internship program. “I have been convinced that applying the full diversity of the human mind is how we’re going to make progress and solve these exciting open questions,” he commented.

In addition to atmospheric research of exoplanets, Twinkle’s broad-wavelength spectroscopic capabilities will also enable astronomers to study the surfaces of asteroids and nuclei of comets in our solar system. Beyond these core science cases, scientists can use Twinkle to monitor stellar activity and variability, observe protoplanetary disks around stars in various stages of planet formation, study brown dwarfs and shed new light on the planets and moons in our solar system.

Twinkle is the inaugural mission of Blue Skies Space Ltd., a company incorporated in England and Wales. Blue Skies Space was co-founded by Marcell Tessenyi, Giovanna Tinetti and Jonathan Tennyson, all academics working at University College London, to deliver independent satellites that address the global scientific community’s need for high-quality data from space.

Vanderbilt’s participation in the Twinkle Mission is funded through the Vanderbilt Initiative in Data-intensive Astrophysics (VIDA). Blue Skies Space is funded by a combination of private and public sources including the UK Space Agency (UKSA) and European Space Agency (ESA) which support the development of this innovative new model for delivering space science missions. The Ohio State University’s participation is funded through the University’s Thomas Jefferson Chair for Discovery and Space Exploration endowment.