An asteroid discovered on July 20 by the University of Hawaiʻi’s Pan-STARRS1 telescope atop Haleakalā will make a close pass of Earth on Monday, July 27. At its closest point, the asteroid will be only about 1.7 times the distance of the Moon. A short time after the July 20 discovery, the Center for Near-Earth Object (NEO) Studies at NASA issued a notification that it would likely come close to Earth. Several telescopes around the world, including the Canada-France-Hawaiʻi Telescope on Maunakea, assisted with rapid follow-up observations to verify the asteroid’s orbit and determine if it was possibly hazardous. 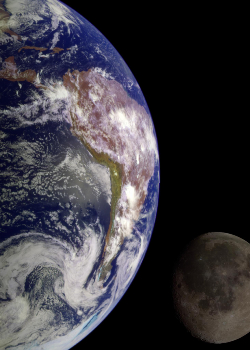 The asteroid is expected to pass Earth approximately 1.7 times the distance of the Moon

Pan-STARRS1 is the world leader in finding large Near-Earth Objects (NEO), and this recent discovery is the latest example of the fundamental role Hawaiʻi astronomy plays in the nation’s planetary defense system.

The NEO has been given the temporary name 2020 OO1, and has a diameter of approximately 65 feet (20 meters)—the length of about two school buses. It is similar in size to the asteroid that exploded in the atmosphere over Russia in 2013 that sent a shock wave that blew out the windows of 7,200 buildings across six Russian cities.

“Finding these objects is the bread-and-butter work of Pan-STARRS,” said UH Institute for Astronomy (IfA) Astronomer Richard Wainscoat, who leads the NEO project with STARRS. “Our mission is to find potentially hazardous asteroids together with the larger telescopes on Maunakea, the LCO (Las Cumbres Observatory) global telescope network, and our ATLAS (Asteroid Terrestrial-impact Last Alert System) project.”

After Pan-STARRS identifies an object that might be passing very close, telescopes on Maunakea and elsewhere will stop what they are working on and track the object to determine if it is a possible threat to Earth. In this case, with all of the additional observations, including some taken by Hawaiʻi high school students, astronomers have pinned down the orbit of 2020 OO1. The object has a tiny probability of hitting Earth in 2087. Astronomers will continue to observe this object as it approaches in order to refine their projections. These new observations will likely rule out future impacts.

The search for NEOs is funded by NASA’s Planetary Defense Coordination Office through its Near-Earth Object Observations Program. 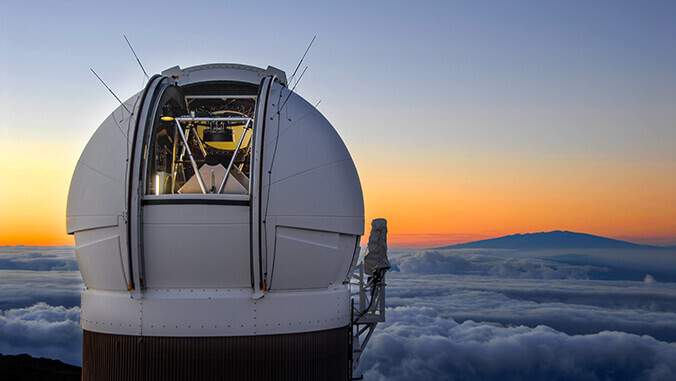