By Jenna Somers and Jane Hirtle

Tyler Derr, Xin (Maizie) Zhou and Zhongyue (John) Yang, the newest faculty co-hires joining the Data Science Institute this fall, have more in common than an interest in revealing patterns through big data. In line with both the goals of the institue and the larger mission of all trans-institutional research centers and institutes under the Office of the Vice Provost for Research, these new faculty focus on research and innovation that positively impact society. 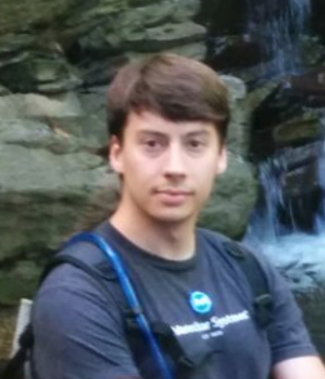 In fact, data science for the social good is one of Derr’s primary research areas. Joining the Department of Electrical Engineering and Computer Science as an assistant professor, he studies signed network analysis, which concerns the positive and negative links between people on social media, and deep learning on graphs, which attempts to harness the power of neural networks for data having an inherent graph structure. After strengthening his technical expertise within those realms, Derr recognized the capacity for data science to drive positive change across various fields, including political science, education and health informatics.

Derr created the first thorough congressional vote prediction framework that incorporates both ideological and social factors to predict, with great accuracy, how representatives vote on bills and what specifically influences their votes. He is also a member of the Teachers in Social Media project at Michigan State University, where he received his Ph.D. in computer science. As part of this project, he published a comprehensive roadmap for education researchers to learn how they can apply data science techniques and social media data to their work. By gathering data on instructional practices, curriculum, classroom management and other pedagogical concerns that teachers discuss online, researchers can better understand how teachers view themselves and their profession.

“I enjoy the problem-solving aspects of data science, but more importantly, I want to leverage my capabilities to leave a lasting impact on people’s lives,” Derr said. “What excites me about joining the Data Science Institute is the opportunity to collaborate with top-notch researchers from various fields on projects that could potentially change the world.”

Complementing his role at the Data Science Institute, Derr will serve as a fellow with the Frist Center for Autism and Innovation, where he plans to create a virtual agent to assist people with autism by using machine learning to first interpret written texts and then later to interpret nonverbal communication.

Derr began his academic journey at Penn State University, initially majoring in economics and finance; however, early in his undergraduate career he realized that his passions lay elsewhere, recalling the excitement of a programming course in high school. He changed his majors to computer science and mathematics, and then earned his master’s degree in computer science before continuing his doctoral studies at Michigan State.

During his graduate school career, Derr stood out from his peers for the novelty and innovation of his research, which contributed to his thesis adviser receiving the highly prestigious National Science Foundation CAREER Award. Among his own accolades, Derr won the Best Student Poster Award at the Society for Industrial and Applied Mathematics International Conference on Data Mining in 2019, the “People’s Choice” Award for the Three-Minute Thesis Competition at Michigan State University and numerous student travel awards. 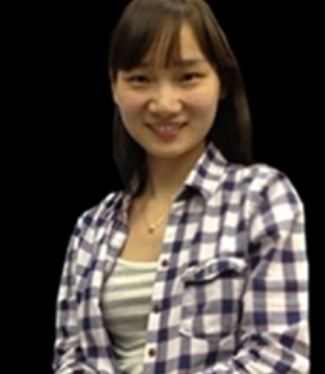 He is not the only incoming Data Science Institute faculty member interested in helping people with autism. With dual Ph.D.s in neuroscience and computer science, Zhou will join the Department of Biomedical Engineering as an assistant professor, focused on investigating genomic mutations and the relationship between genotype and phenotype in autism and other neurodevelopmental disorders. Using machine learning and bioinformatics techniques to analyze large genomic datasets and text mining of published research, she aims to paint a clearer picture of genetic variations at the root cause of brain disorders.

“I am investigating causal mutations in autism and developing a comprehensive model of these mutations, which could lead to a widely used clinical tool,” said Zhou. “Autism affects one in 50 children, so I see the potential of my work to touch a lot of people.”

The application of Zhou’s research is not limited to autism. She also is developing algorithms to fully reconstruct personal genomes and then to use high-throughput, whole-genome sequencing to detect large variations within those genomes. Akin to the work of companies like 23andMe, the project relies on sequencing technologies to discern small variations in genes that determine, for instance, sleep patterns or whether a person has thick or thin fingers. The goal of Zhou’s study is to be able to detect all of the variations in the human genome of every person. That information could help to solve many medical mysteries.

Combining her expertise in neuroscience and computer science, Zhou also studies the maturation of cognitive functions from both developmental and evolutionary perspectives. In one study, she models the brain through a neural network to understand how cognitive functions improve through training and development. In another, based primarily on monkeys, she uses whole-genome sequencing technologies and analysis of hominid ancestral populations to gain insights into the genetic basis of cognitive functions. These studies aim to understand how we learn and think, and how much of that is dependent on our genes.

After growing up in Wuhan, China, Zhou received her bachelor of science in biotechnology at Huazhong University of Science and Technology. She came to the U.S. to earn her first Ph.D. in neuroscience at Wake Forest School of Medicine and then her second Ph.D. in computer science at Stanford University. Now, as she begins her faculty position at Vanderbilt, she looks forward to partnering with colleagues across the university, including those at the Data Science Institute. 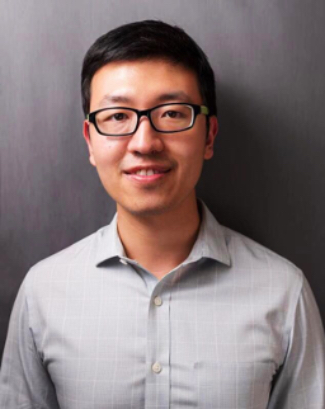 Yang is also eager to collaborate with Vanderbilt colleagues from a wide range of fields. In fact, he and Zhou see a natural connection between their research and welcome the possibility of working together. Whereas Zhou relies on data science to study genomic mutations, Yang’s research interconnects computational chemical biology and data science to study protein transformations that occur at the molecular level.

Joining the Department of Chemistry as an assistant professor, Yang embraces the larger societal implications of his research, namely in biocatalyst design and discovery. Enzymes catalyze almost every chemical reaction in life processes. Developing new strategies to design and engineer enzyme catalysts is critical to addressing challenges in biosynthesis, environmental degradation, drug discovery and biomedical applications. Yang studies how to create new, efficient enzymes by changing their component amino acids. The resulting datasets of his work are so large that they require machine learning to quantify the infinite permutations of amino acid selections.

“Each enzyme may have hundreds of amino acids, and for each one of those, we may have 20 or more possible ways to substitute them,” Yang said. “Data science models are necessary to quantify our collection of physical knowledge so that we can develop the most efficient enzymes, which are paramount to generating drugs and many fine chemicals in the broader chemical engineering industry.”

Yang shares an equal interest in developing insights about antigen-antibody interactions and how evolution shapes the thermodynamics that govern those interactions. He sees a potential opportunity not only to understand how nature works but also to design more robust antibodies that would be effective even as viruses mutate, which could help to fight infectious diseases including COVID-19, HIV and others.

Originally from Tianjin, China, Yang became interested in molecular research at Nankai University, where he received his bachelor of science in chemistry. A paper on Diels-Alder reactions in water by renowned chemist Ronald Breslow inspired Yang to think about chemical reactions at the molecular level. Then while earning his Ph.D. in chemistry at the University of California, Los Angeles, Yang’s thesis adviser, K.N. Houk, encouraged his initial foray into computational sciences to elucidate the complexity of chemical reactions in solvents and enzymes. Later, at the Massachusetts Institute of Technology, Yang’s postdoctoral adviser, H.J. Kulik, introduced him to the world of large-scale quantum mechanics simulations and inspired him to borrow ideas from data science to innovate molecular modeling. At Vanderbilt, he hopes to serve as a similar mentor to his students.

As Derr, Zhou and Yang prepare to move to Nashville, they also are planning the courses they will teach at the Data Science Institute. Derr will teach a course on social network analysis and graph neural networks; Zhou will teach Big Data Scaling, which focuses on managing clouds with big data; and Yang will teach Principles of Programming and Simulation, where students will learn to organize data, code and create simulations using R and Python.

“All three of our new DSI co-hires, just like last year’s cohort, are working at the intersection of several fields of research,” said Andreas A. Berlind, associate professor of physics and astronomy and co-director of the Data Science Institute. “I am particularly excited to see them develop new interdisciplinary collaborations with researchers across campus.”

“We are thrilled to welcome Drs. Derr, Zhou and Yang to Vanderbilt,” added Douglas C. Schmidt, Cornelius Vanderbilt Professor of Engineering and co-director of the Data Science Institute. “Their commitment to advancing the greater good of our society through interdisciplinary research and data science methods reflects the vision of the Data Science Institute. I look forward to working with them and witnessing the impact of their work at Vanderbilt and beyond.”