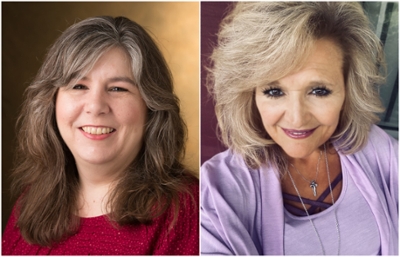 Imagine less gun shootings and fewer violent exchanges among young people in East St. Louis and the surrounding area. The thought doesn’t have to be an imaginary one, if grant writers from Southern Illinois University Edwardsville and Teens Against Killing Everywhere (TAKE) get their way.

SIUE Successful Communities Collaborative (SSCC) is working with TAKE in writing and developing a Violence Prevention Plan. The Illinois Criminal Justice Information Authority (ICJIA) awarded a total of $18,754 to TAKE, and TAKE enlisted SSCC as a subcontract awardee, to develop the plan.

“We have received funding to develop a plan to curb violence among 16-35 year-old’s in the East St. Louis general area,” said Connie Frey Spurlock, PhD, SSCC director and associate professor in the Department of Sociology. “The plan is being developed by task force members who represent various sectors of the community, including non-profit, religious, academic, local government, residents and more.” 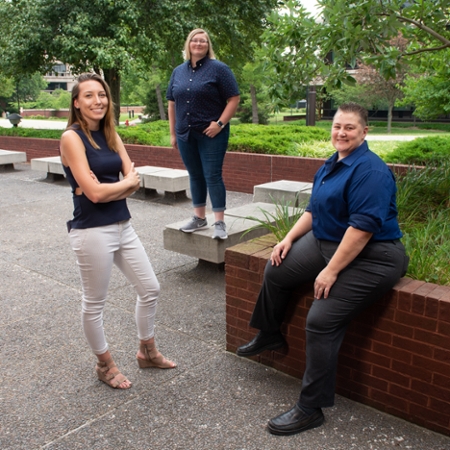 SSCC is serving as coordinator, preparing meeting agenda and minutes, hosting Zoom meetings, maintaining and organizing task force records, conducting research and analyzing data, according to Frey Spurlock, who said she was excited to finally be working with TAKE.

“I have been in conversation with TAKE for more than a year about collaborating on projects in the East St. Louis community that we are mutually interested in,” explained Frey Spurlock. “This is our first successfully funded collaboration project.”

“Once I learned about SIUE’s Successful Communities Collaborative, I was determined to work with them as often as possible,” said TAKE CEO Vickie Kimmel. “I was extremely impressed with SSCC’s Tiny Garden in Washington Park.”

Specifically, the two groups are developing the plan through the use of an online survey, social media and a series of forums with youth connected to violence and community stake holders to hear problems, concerns and solutions.

As a result of responses so far, the grant writers are considering incorporating the following into their proposal:

“SSCC students will also conduct a gap analysis of existing violence prevention programming and develop a website,” noted Frey Spurlock. “The students involved are Nikolle Sanguinette, Breanne Burton and Stephanie Lagona. Nikki is the team’s go-to-person for quantitative data analysis and is designing some engaging graphics to highlight select data findings. Breanne is leading the qualitative data analysis and doing some mapping. Stephanie is processing the paper surveys and leading the development of the website.”

“SSCC’s mission is to connect Illinois communities with SIUE students and faculty,” continued Frey Spurlock. “This project allows us to do just that. We are able to leverage University resources to support our community partners’ objectives and goals.”

“As with many cities in the United States, systemic racism, discriminatory banking practices, redlining, access to nutritious foods, low school funding, easy access to guns, and housing issues contribute to violence, theft and even murder,” said Lagona, a senior majoring in sociology. “East St. Louis has been ranked one of the most violent cities in the U.S., based on statistics from 2017. Poverty, redlining, police brutality, and lack of community programs and supports greatly impact communities like East St. Louis.”

“I believe there can be a reduction in violence among the youth in the Metro East, if political, social and economic issues are addressed,” offered Burton, a sociology graduate student. “I also believe violence can be reduced by listening to the residents who are most impacted and by providing a platform for them to advocate for their community. Our team of researchers are primarily there to listen and interpret data, so residents’ voices can be amplified in how to best serve and heal their community.”

The final violence prevention plan is due to the ICJIA by Monday, Aug. 31. If funded, SSCC and TAKE will begin implementation.

“I don’t know how many grants the ICJIA will give out, but we are extremely hopeful that we will receive one,” said Shannon Anderson, TAKE executive assistant. “We have a great need, and we are the only ones submitting a grant in the Metro East area.”

SIUE Successful Communities Collaborative (SSCC) is a cross-disciplinary program that supports one-year partnerships between the University and communities in Illinois to advance local resilience and sustainability based on community-identified environmental, social and economic issues and needs. Our mission is to connect Illinois communities with the dynamic resources of SIUE students and faculty.