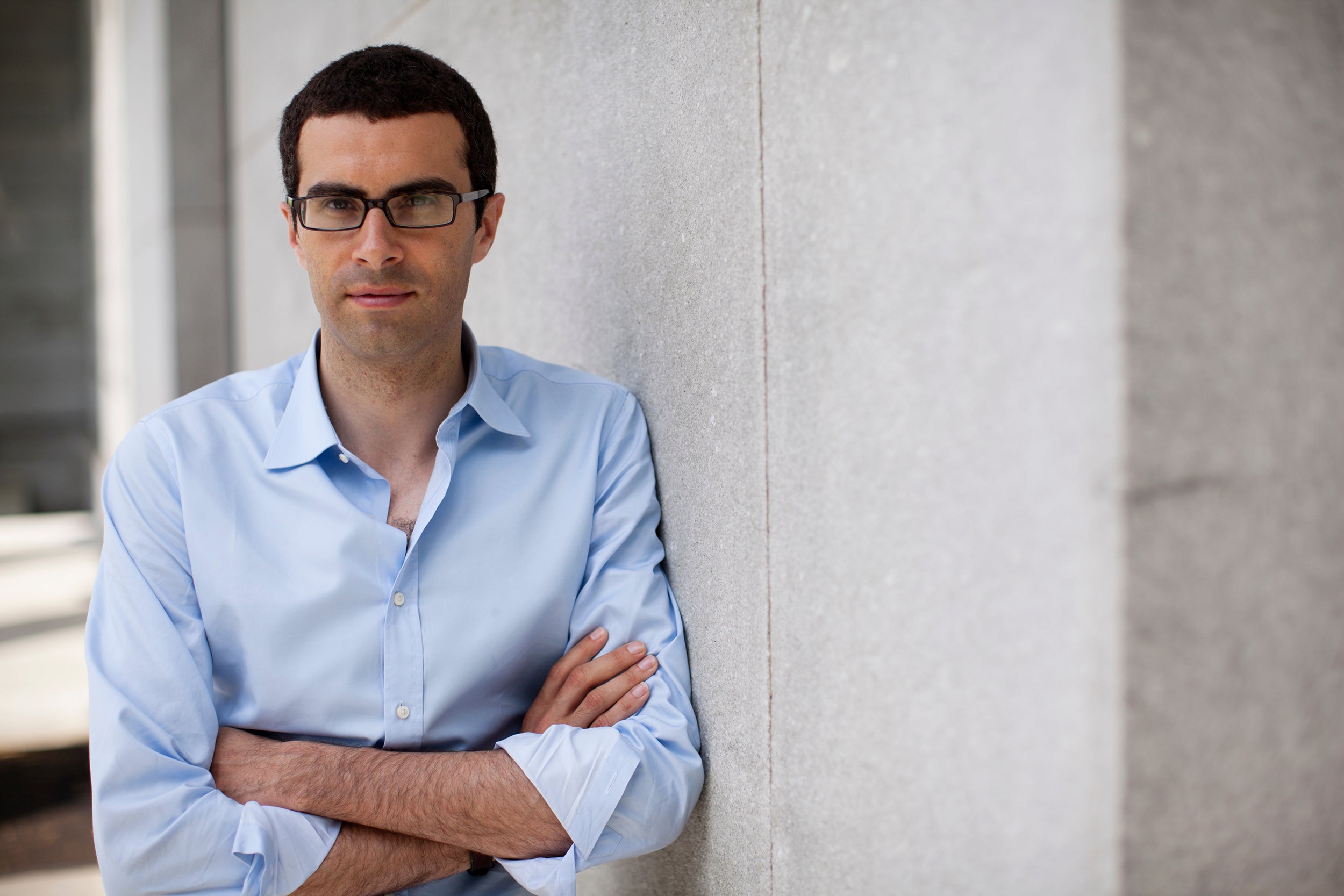 While he was growing up in France, Emmanuel Farhi’s academic talent in number-driven disciplines was apparent, so it was less than shocking that he would become an award-winning macroeconomist whose work, while highly technical, shed important light on real-world fiscal policies.

Both students and colleagues could not help but be deeply impressed by the intellect of the Robert C. Waggoner Professor of Economics. What did sometimes catch people by surprise about the 41-year-old Farhi, who died unexpectedly last Thursday in Cambridge, were the depth of his interest and knowledge of culture, both high and popular, and how genuine, friendly, and kind he was.

“Emmanuel was an absolutely brilliant and prolific scholar, a deep and insightful theorist,” said Jeremy Stein, the Moise Y. Safra Professor of Economics and chair of the Department of Economics. “He was also a generous and caring mentor to his students, and a warm and cherished friend to many colleagues. He will be terribly missed by all of us.”

“With all his talent he could have been a jerk, but he deeply cared about being a good human being,” said Gita Gopinath, the John Zwaanstra Professor of International Studies and of Economics and the chief economist of the International Monetary Fund. “He generously shared his time and wisdom with students and colleagues. On numerous counts he helped me get ‘unstuck’ in my research. … I am eternally grateful for 14 years of conversations and shared meals. He has left a void that can never be filled.”

Born in Paris in 1978, Farhi won a national physics competition in France when he was 16 and went on to earn the highest score on the national entry exam to the elite engineering school École Polytechnique in 1997 before ultimately attending another prestigious French graduate school, École Normale Supérieure. There, Farhi decided to follow his father’s career path and become an economist.

“Emmanuel had such ease that studying seemed a game for him,” said Michel Vigier, Farhi’s godfather. “The choice to specialize in economy arose out of loyalty to his father, André Farhi, an expert in Third World countries’ economic issues, who also died early.”

“[Emmanuel Farhi] was a generous and caring mentor to his students, and a warm and cherished friend to many colleagues. He will be terribly missed by all of us.”

— Jeremy Stein, chair of the Department of Economics

Farhi came to the U.S. to finish his education, earning a Ph.D. in economics from the Massachusetts Institute of Technology in 2006. That same year he began working at Harvard as assistant professor in the Faculty of Arts and Sciences. He received tenure four years later when he was named a full professor.

One of the leading economists of his generation both in the U.S. and in France, Farhi’s research focused on macroeconomics and finance, specifically on financial stability and reforming the international monetary system. A former economic adviser to French Prime Minister François Fillon, the International Monetary Fund named Farhi one of the 25 best economists under 45 in 2014.

Farhi’s work cast a spotlight on a range of issues, including monetary economics, public finance, international economics, global imbalances, fiscal policy, and taxation. He also focused on issues like mitigating the impacts of economic crises and macroprudential regulation, a system used to describe the laws, rules, and conditions for banks and financial organizations that are meant to protect the whole financial system from risk.

Farhi’s papers have been published in several prominent academic journals, and he authored two books. At the time of his death he was working on new methods for analyzing the macroeconomy as a network of interacting sectors or industries and analyzing how disruptions — such as those caused by the coronavirus pandemic — ripple through and have cascading effects. This approach was generating excitement in the field, said Farhi’s frequent co-author Xavier Gabaix.

“He was one of the greatest minds of his generation in economics,” said Gabaix, Harvard’s Pershing Square Professor of Economics and Finance. “It was always about explaining the world and explaining what we should do so that the world could be in a better place [economically] and better managed so that we avoid trade wars and currency wars. It was deep thinking to make macroeconomic policy more successful and improve world welfare.”

Farhi received several awards for his efforts, including the Bernacèr Prize for the best European economist under the age of 40 by the Observatory of the European Central Bank (2009), the Malinvaud prize by the French Economic Association (2011), the Best Young Economist prize by Le Monde and the Cercles des Economistes (2013), and the Banque de France and Toulouse School of Economics prize in macroeconomics and finance (2013).

“I will miss all of our conversations,” Gabaix said, recalling the long walks he and Farhi often took around Harvard Yard to speculate about world affairs and different economic theories. Those treasured conversations sometimes led to new research papers. “He was a wonderful friend. He was always engaged, passionate, and insightful.”

It is those characteristics Farhi’s family and other colleagues remember too — along with Farhi’s jovial personality and a wealth of knowledge that ranged from world affairs to viral videos.

“Emmanuel was very kind and quite playful,” said his cousin Julie Rojas, who, like much of his family, lives in France.

He “had a wonderful sense of humor,” added Lina Chocteau, another cousin, who said Farhi was like a son to her. “Among many things, I will miss his listening, his smile, and the way he laughed.”

Stefanie Stantcheva, professor of economics, said Farhi was “incredible to be around because of the depth of his general culture in the arts, his passion for research and science more broadly, and his warm and kind attitude. I always came out of our meetings with recommendations for books to read, movies to watch, exhibitions to visit (especially in Paris, where we are both from).”

Farhi was also known as a mentor willing to take chances on students, letting them know what worked or didn’t in their work, and, most of all, for providing sage advice. Ben Golub, associate professor of economics, took to Twitter to recall one exchange.

“I was too shy to talk to him often, but every interaction was a big, inspiring, deal for me,” Golub wrote in the five-part tweet. “Walking past his office late one afternoon, his door was open and he was giving advice to a young student. I couldn’t help slowing down because I wanted the advice, too. The bit I caught was ‘… you have to work hard toward something that you like. And for that there has to be something that you like and want there to be more of. And you have to know what you like. Your first job is to figure out what that is.’”

On Saturday, the Harvard Economics Department held a virtual gathering of staff and students in Farhi’s memory.

Farhi is survived by his mother, Danièle Debordeaux, and his partner, Micol.

Sign up for daily emails to get the latest Harvard news.