Professor Janet Y. Murray named Woman of the Year by Women in the Academy of International Business - EduBlog.News

Professor Janet Y. Murray named Woman of the Year by Women in the Academy of International Business 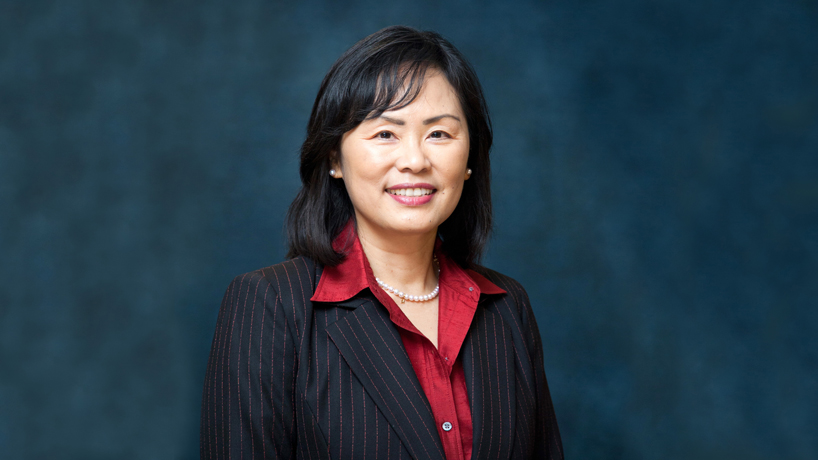 Janet Y. Murray, the E. Desmond Lee Professor for Developing Women Leaders and Entrepreneurs in International Business, received the 2020 Woman of the Year Award from Women in the Academy of International Business. The award honors her research on gender and international business as well as her commitment to supporting women in academia. (Photo by August Jennewein)

For many women throughout the world, the barriers to pursuing a career in business are immense. Even those who earn a business degree face societal norms and laws that discourage them from entering the workforce.

For instance, until 2018, women in Saudi Arabia were not allowed to drive, so they had to rely on others for transportation to and from work.

Janet Y. Murray, the E. Desmond Lee professor for Developing Women Leaders and Entrepreneurs in International Business at the University of Missouri–St. Louis, has researched international marketing and business strategies for decades and in the past decade has also focused on gender research. Her work and commitment to supporting women in academia were recognized this month with the Women in the Academy of International Business Woman of the Year award.

Murray found out she’d been named Woman of the Year in a late-night email. At first, she ignored it, but her curiosity got the better of her, and she opened the message. That’s when she noticed the first line: “Dear Janet, Congratulations!”

“I don’t think I should use the word surprised; I was stunned,” she said. “It means a lot to me because the award is given by a worldwide organization. It recognizes a female scholar for her service to WAIB and the Academy of International Business and for conducting high-quality research in international business. I’m honored and humbled to receive the award. I’m excited that UMSL is a part of it, and I will treasure it.”

Murray received multiple nominations and has been heavily involved in WAIB. She served as vice president from 2007 to 2009 and president from 2009 to 2011. She also organized Women in Business panels in Rio de Janeiro, Brazil; Copenhagen, Denmark; Nagoya, Japan; Dubai, United Arab Emirates; and other locations around the world to bring female researchers and business executives together. In addition, she has organized networking receptions at the AIB annual meeting to connect female PhD students and junior faculty with senior faculty members.

Her work is especially crucial at a time when women make up only 7.4 percent of Fortune 500 CEOs, which Murray attributed to women being encouraged to pursue non-business careers.

“It’s really a shame when you think about it, because many women are extremely talented and qualified,” she said. “It’s important to encourage women to get into business, especially running a business, because if their business is successful, their income is much higher than drawing a salary. There are also many other benefits of being an entrepreneur, such as autonomy and flexibility.”

Murray’s gender-related research examined the productivity of male versus female researchers in international business and explored the role of women in the workforce in Middle Eastern nations, offering policy recommendations.

“In some countries, even though women are highly educated, they unfortunately don’t have opportunities to join the workforce,” Murray said. “If you look at the Gulf Cooperation Council countries, female labor participation is very low because of societal expectations and other factors. Many women are denied opportunities to achieve their full potential, so there are negative effects on the economy as well as other consequences.”

In the GCC countries, she said, changes should be made in both private and public sectors. Businesses should be encouraged to hire more women, and government policies should be more supportive of women in the workforce.

“The mindset has to change, but societal changes come very slowly,” Murray said. “It’s really important for us not to typecast women. Women should be encouraged to think about what excites them and just go for it.”

She has been a faculty member at UMSL since 2006, teaching Women in International Entrepreneurship and International Marketing. But her influence extends far beyond campus as she serves on six editorial boards and on an international doctoral advisory board in Ghana.

The Woman of the Year award joins an impressive list of accolades, including a silver medal in 2019 from the Journal of International Business Studies, the premier journal in international business. This month, in addition to being named Woman of the Year, she also received the 2020 AIB Best Reviewer award for providing quality, constructive feedback to her colleagues.

Her most recent research interests have focused on knowledge transfer between suppliers and customers and business strategies in emerging markets.

“In international business, traditionally a lot of research has been focused on developed nations like the United States and nations in Europe,” Murray said. “I have started examining international business strategies in developing nations and emerging markets, as they have become very important contributors to the world economy.”

She strives to share her passion for international business with others to encourage them to consider business as a possible career path. At its heart, she stated, business is about identifying and solving a problem and satisfying a need.

“It’s amazing – you can invest a small sum of money today and in several years it may grow into a multimillion dollar business,” she said. “Of course, running a business is very risky and many new businesses fail, but there are opportunities if someone feels like taking a calculated risk. Also, running a business is fun – starting your own venture and growing it while helping the larger economy to grow.”