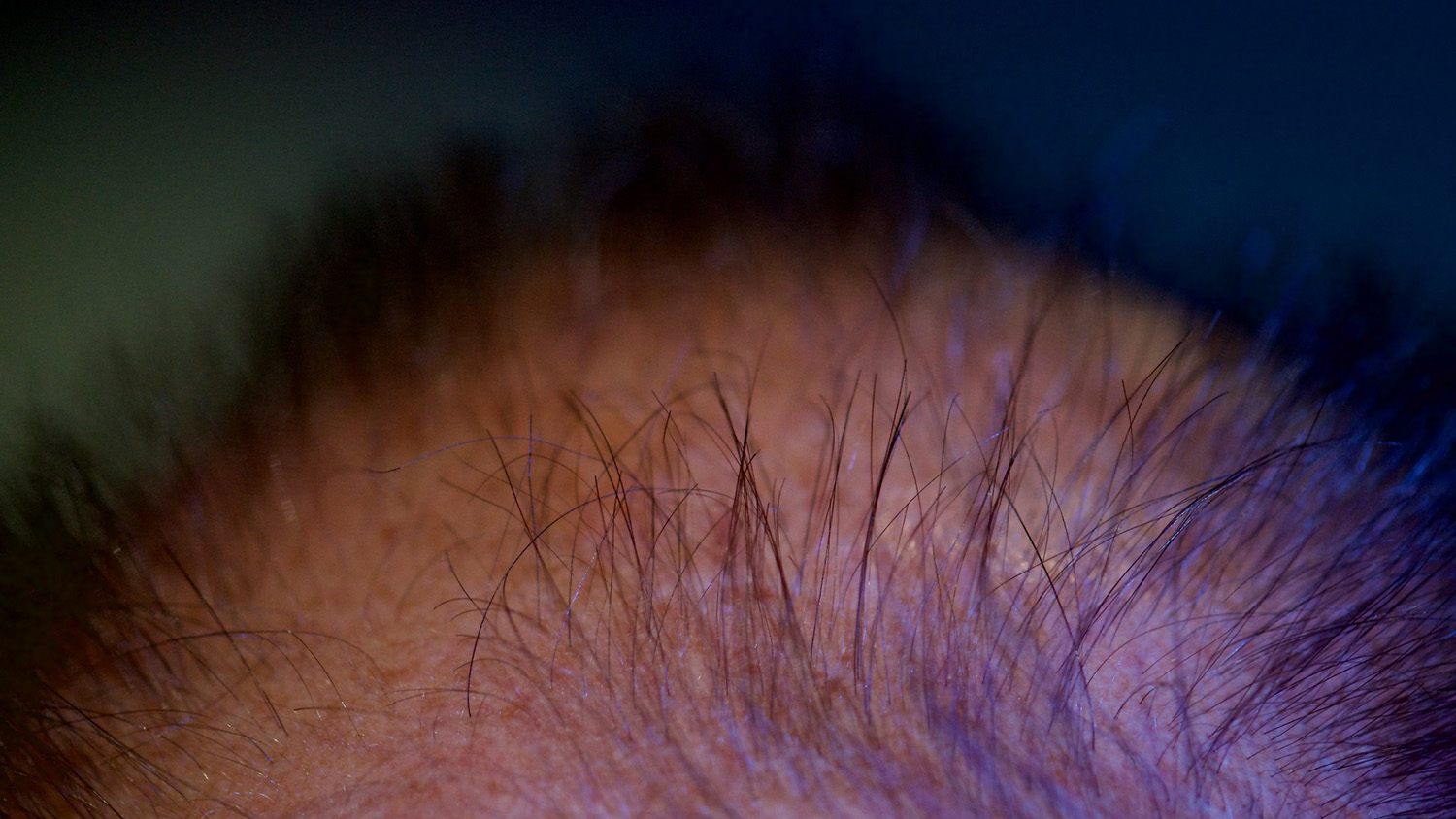 Researchers from North Carolina State University have identified a microRNA (miRNA) that could promote hair regeneration. This miRNA – miR-218-5p – plays an important role in regulating the pathway involved in follicle regeneration, and could be a candidate for future drug development.

Hair growth depends on the health of dermal papillae (DP) cells, which regulate the hair follicle growth cycle. Current treatments for hair loss can be costly and ineffective, ranging from invasive surgery to chemical treatments that don’t produce the desired result. Recent hair loss research indicates that hair follicles don’t disappear where balding occurs, they just shrink. If DP cells could be replenished at those sites, the thinking goes, then the follicles might recover.
A research team led by Ke Cheng, Randall B. Terry, Jr. Distinguished Professor in Regenerative Medicine at NC State’s College of Veterinary Medicine and professor in the NC State/UNC Joint Department of Biomedical Engineering, cultured DP cells both alone (2D) and in a 3D spheroid environment. A spheroid is a three-dimensional cellular structure that effectively recreates a cell’s natural microenvironment.
In a mouse model of hair regeneration, Cheng looked at how quickly hair regrew on mice treated with 2D cultured DP cells, 3D spheroid-cultured DP cells in a keratin scaffolding, and the commercial hair loss treatment Minoxidil. In a 20-day trial, mice treated with the 3D DP cells had regained 90% of hair coverage at 15 days.

“The 3D cells in a keratin scaffold performed best, as the spheroid mimics the hair microenvironment and the keratin scaffold acts as an anchor to keep them at the site where they are needed,” Cheng says. “But we were also interested in how DP cells regulate the follicle growth process, so we looked at the exosomes, specifically, exosomal miRNAs from that microenvironment.” Exosomes are tiny sacs secreted by cells that play an important role in cell to cell communication. Those sacs contain miRNAs.

MiRNAs are small molecules that regulate gene expression. Cheng and his team measured miRNAs in exosomes derived from both 3D and 2D DP cells. In the 3D DP cell-derived exosomes, they pinpointed miR-218-5p, a miRNA that enhances the molecular pathway responsible for promoting hair follicle growth. They found that increasing miR-218-5p promoted hair follicle growth, while inhibiting it caused the follicles to lose function.

“Cell therapy with the 3D cells could be an effective treatment for baldness, but you have to grow, expand, preserve and inject those cells into the area,” Cheng says. “MiRNAs, on the other hand, can be utilized in small molecule-based drugs. So potentially you could create a cream or lotion that has a similar effect with many fewer problems. Future studies will focus on using just this miRNA to promote hair growth.”

The research appears in Science Advances, and was supported by the National Institutes of Health and the American Heart Association. Cheng is corresponding author. Postdoctoral researcher Shiqi Hu is first author.

Abstract: The progression in the hair follicle cycle from the telogen to the anagen phase is the key to regulating hair regrowth. Dermal papilla (DP) cells support hair growth and regulate the hair cycle. However, they gradually lose key inductive properties upon culture. DP cells can partially restore their capacity to promote hair regrowth after being subjected to spheroid culture. In this study, results revealed that DP spheroids are effective at inducing the progression of the hair follicle cycle from telogen to anagen compared with just DP cell or minoxidil treatment.
Because of the importance of paracrine signaling in this process, secretome and exosomes were isolated from DP cell culture, and their therapeutic efficacies were investigated. We demonstrated that miR-218-5p was notably up-regulated in DP spheroid–derived exosomes. Western blot and immunofluorescence imaging were used to demonstrate that DP spheroid–derived exosomes down-regulated the secreted frizzled-related protein 2 and
up-regulated β-catenin, promoting the development of hair follicles.