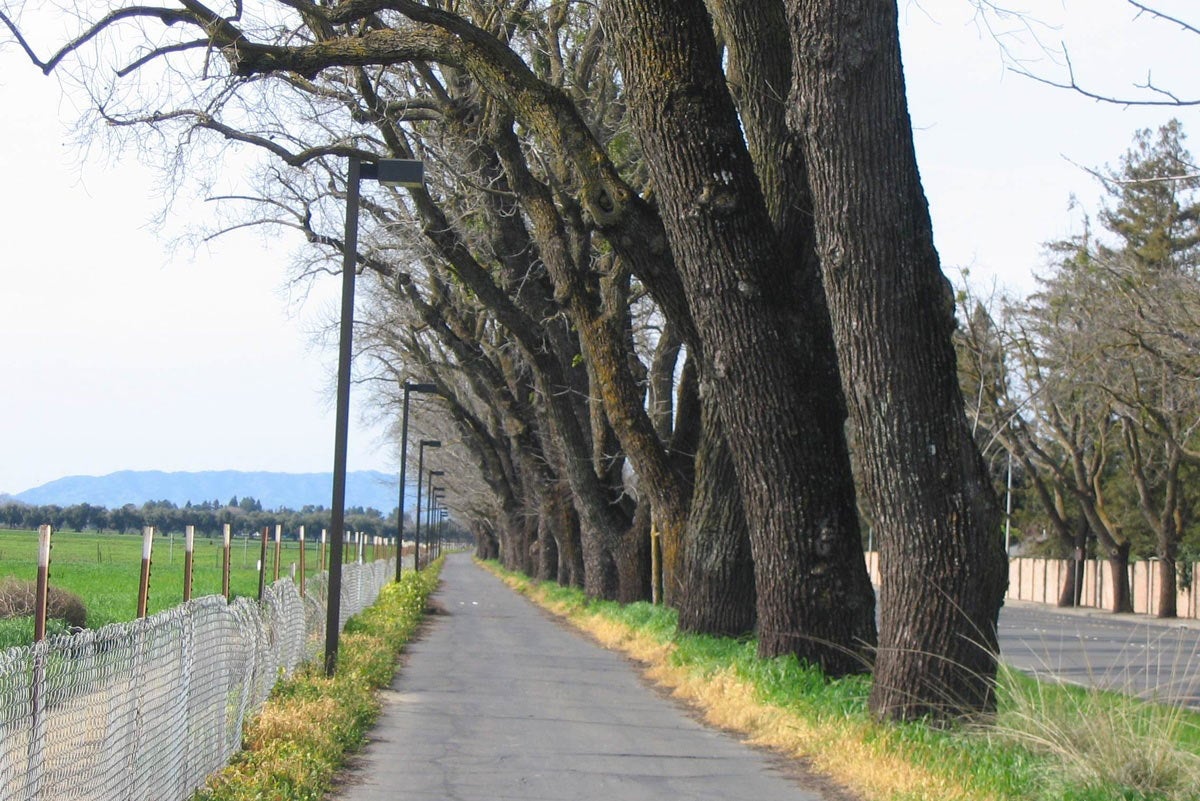 UC Davis and the city of Davis are teaming up to replace a 1.3-mile-long section of the bike path alongside Russell Boulevard west of Highway 113.

The path lies between the city’s western border (west of Lake Boulevard) and Arthur Street (just west of the junction of Russell Boulevard and Highway 113). Bicyclists going to and from campus are among those who use the path, which sits at the university’s northern border (on the north side of UC Davis West Village).

Officials said the existing path is a rough ride with holes and cracks in the pavement, and root intrusion from a row of walnut trees. The replacement path will be built just to the south; the light poles will stay where they are — with the lamps turned to shine on the new path.

The project cost is estimated at $1 million, with the campus and city each contributing half. The city will oversee construction and maintain the path, while UC Davis is providing the right of way.

R&R Pacific Construction of Woodland submitted the winning bid. Work is scheduled to begin in August and wrap up in October. During this time, bicyclists can keep using the existing path, because it will not be torn out until the new path is finished.

“The city is grateful for the partnership with UC Davis on this important and much used transportation asset in our bike-friendly community,” Mayor Gloria Partida said. “Biking is part of the fabric of our city, and this project will benefit Davis residents, including UC Davis students, staff and faculty, for years to come.”

Relocating the path southward is part of a larger plan that envisions a greenbelt feel once the old path is removed, a place where people can walk and jog. Moving the existing fence southward also will allow for the opportunity, at a later date, to plant trees that would provide shade for cyclists and others.

“Thanks to city staff and elected leaders for working with the university on this rebuild that will improve this bike route for all its users.”