In early July, the University of Washington announced that at least 145 of its students tested positive for the coronavirus.

The outbreak was tied to clusters of cases among Geek Life residents. The “Greek row outbreak,” as it came to be known, was quickly followed by similar spikes at other universities. A week later, The University of California, Berkeley announced it saw an uptick from 23 to 47 new cases associated with “a series of recent parties connected to the CalGreek system.”

Erik Johnson, a senior at the University of Washington and president of its Interfraternity Council, told Insider that the outbreak served as a “learning experience” that made the Greek community take coronavirus “seriously.”

“If we weren’t before, we absolutely do now, ” Johnson said.

As the start of a new academic year draws, colleges have rolled out reopening plans. Many of them, including the University of Washington, are planning a hybrid model comprising both in-person and online learning, while some universities, like Berkeley, have decided to start completely virtual.

The recent outbreaks have put students, university administrators, and fraternity and sorority chapter headquarters in a scurry to assemble plans that would best ensure the safety of students in Greek life and others around them.

But the challenges of enforcing guidelines over a large population of college students — coupled with the limited authority universities carry over much of Greek housing — remain a hefty barrier.

“The younger generation kind of has a more laissez-faire attitude towards all of this,” Jacobs Haskins, an engineering student who is president of the Alpha Phi Delta fraternity at Penn State, told Insider. “They’ll be more inclined to go see friends and be in contact with other people.”

Most importantly, underneath all of these plans remains the reality that the coronavirus continues to spread in the US — which makes planning more difficult and even the most intricate policies unlikely to guarantee public safety. Last week, the US recorded over 4 million cases, according to Johns Hopkins University.

Some universities have cited the Greek life outbreaks in their reopening plans. Berkeley officials noted its own rash of cases in deciding to “begin the fall semester with fully remote instruction” on August 19, saying the cases made it “harder to imagine bringing our campus community back in the way we are envisioning.”

Campus Greek life leaders are keenly aware of the microscope on them. Lindsay Danehower, the president of the Kappa Alpha Theta sorority at Penn State, told Insider that all social events are on hold, calling the stoppage a “social obligation” to avoid putting anyone in the local community at risk.

“It’s not always about the social aspect, even though that is a very attractive aspect of Greek life,” Danehower said.

Penn State’s Interfraternity Council (IFC) also announced it will suspend social activities this month. The announcement came after a student — not identified as a member of a fraternity — died from coronavirus. 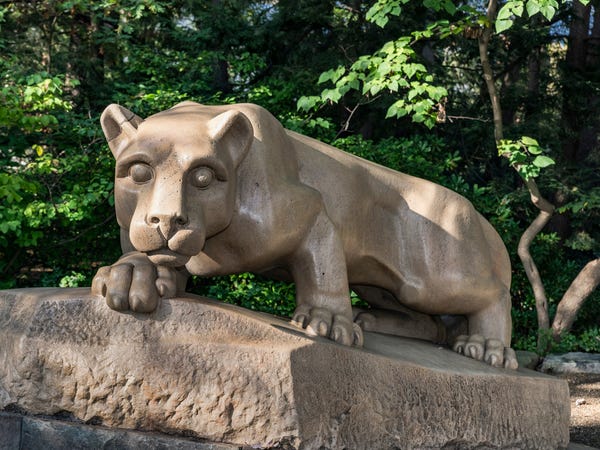 Penn State is home to a total of 70 fraternities and sororities. John Greim/Getty Images

On Friday, Penn State Vice President of Student Affairs Damon Sims announced “special requirements and expectations” for fraternities and sororities as they plan to return to campus in the fall.

According to the announcement, Greek life members will not be able to host social gatherings, must comply with social distancing and face-covering guidelines, and self-quarantine for at least seven days upon returning. Violation of these requirements may be “subject to disciplinary action,” per the announcement.

Katherine Beumer, a rising junior at the University of Illinois at Urbana-Champaign and the president of the Chi Omega sorority on campus, also told Insider that her group hasn’t made any plans for social events, and plans to keep chapter meetings virtual.

“We don’t want to put anything on the schedule, because it seems irresponsible and insensitive to even think about social events right now,” Beumer said.

Even with events shut down, fraternity and sorority houses will remain open

Assuming a quieter social scene, some students are still choosing to stay in fraternity and sorority housings for a number of reasons.

At the University of Washington, fraternity houses were open and filled with students at 50% capacity when the Greek Row outbreak was announced, Johnson told Insider. The houses remain open during the summer so that students can live in the residences while partaking in internships. Many sorority members also live in these fraternity houses over the summer because sorority houses close down, according to Johnson.

Johnson himself has been living in his fraternity throughout the outbreak and continues to live there. He said he’s unable to return to his parents’ house because of concerns he’ll put some families with medical conditions at-risk. 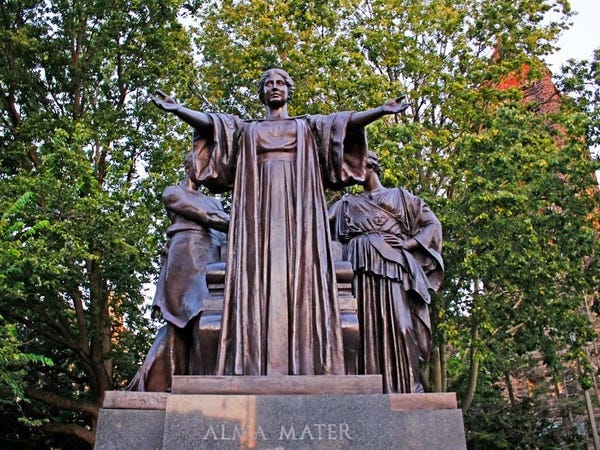 The University of Illinois has 51 fraternities and 38 sororities that are active. Wikimedia Commons

Beumer told Insider that her own sorority has taken measures to ensure safety for people living in Greek housing.

With just under 50 people live in the house, she said she and her peers in leadership positions in the sorority have made plans for staggered meal shifts and secured rooms for quarantine in case someone tests positive.

In addition, Beumer said they sent out a survey to chapter members to see if they have accessible means of getting home in case they need to leave the house, and have asked members to sign a waiver saying they will abide by social distancing guidelines in addition to their usual housing contract for the fall. 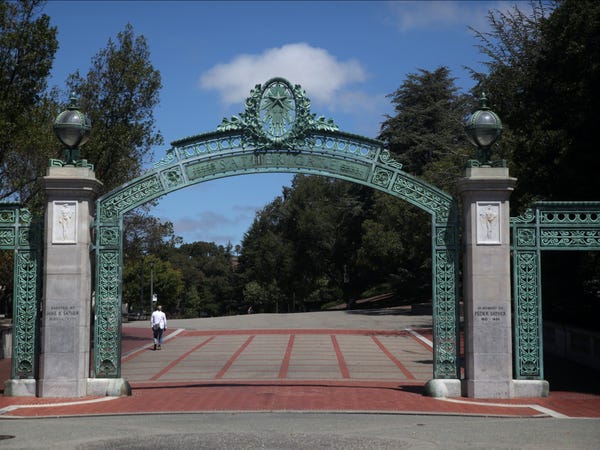 Schools are limited in what they can enforce at Greek life housing.

Many of the fraternity and sorority houses, like those at UC Berkeley, are on private property and are unaffiliated with the university itself.

“The City of Berkeley has jurisdiction to enforce the Berkeley Public Health Officer’s orders off-campus property, including at private residences,” Adam Ratliff, a spokesperson for Berkeley’s Student Affairs, told Insider in an email. “The University has very limited authority to discipline students for off-campus behavior.”

As a result, Ratliff said Berkeley has been focusing more on raising awareness in the Greek life communities through campaigns and asking students to pledge to keep themselves healthy while working within “limitations” that they can enforce protocol only on campus-owned properties and official activities.

Students say it’s unlikely they will ensure ‘100% safety,’ as enforcement remains an issue

After the “Greek Row outbreak,” the UW’s IFC extended its “social moratorium” that has been in place since the beginning of March, suspending social activities through the end of 2020.

Even though the UW IFC’s social moratorium has been in place since March, Daniel Leifer, UW pediatrician, told CBS News that he witnessed “about a dozen parties when walking by Greek Row” in the months preceding the outbreak. (Victor Balta, a spokesperson for the university, emailed Insider that they “are not aware of violations of the social moratorium.”)

Johnson told Insider that although UW’s IFC and student leadership continue to plan for the fall and enforce policies, “it’s obviously difficult to have eyes everywhere.” Although not all of them will live on campus, over 4,000 students are active members of fraternities and sororities. 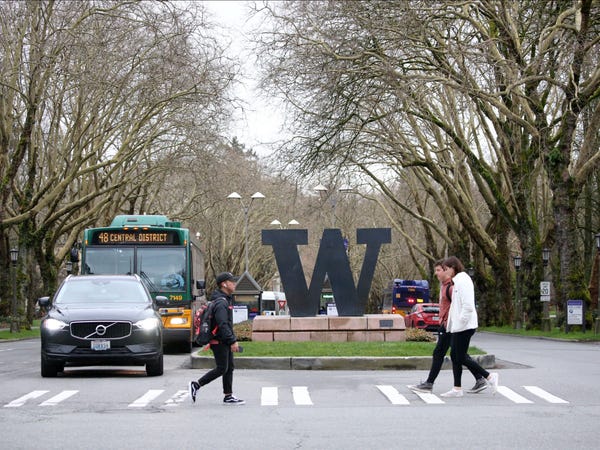 Around 4,700 members are part of Greek Life at the University of Washington. Karen Ducey/Getty Images

Beumer also agrees. “Just being realistic, people are going to see one another and probably their first instinct won’t be thinking about saying six feet apart,” she told Insider. “I feel prepared, but I don’t think anyone feels 100% confident that they are going to be able to ensure 100% safety.”

As a result, Johnson says that UW’s IFC has put an emphasis on “de-densifying” the population that occupies the fraternity housing, “because we know that people aren’t always going to abide by policies.”

But the risk of not being fully confident that people will abide by policies could prove critical during a pandemic. The impact Greek life could have on public health is not isolated to the question of whether student, university, and chapter headquarters have solid plans intact for the upcoming fall. The conversation for reopening universities — and restarting Greek life — is inherently intertwined with the state of community spread of the coronavirus, according to Dr. Seema Yasmin, a former CDC Disease Detective and Director of Research and Education at the Stanford Health Communication Initiative.

“You can talk about all the guidelines you want and have all the plans in place, but it’s not safe [until] the spread of infection is under control, ” Yasmin told Insider.

While students of Greek life are working with university administrators and chapter headquarters to plan for the fall, students say that everything remains very “tentative.”

“It’s very confusing right now. I wish I had more specifics to tell you,” Danehower told Insider. “But all I know is that it’s definitely going to look different than it did last year.”

Danehower says that her sorority has been in frequent communication with the university and chapter headquarters as they prepare for the fall.

But some of the communication remains as suggestive guidelines rather than official policies or protocols, which would merit disciplinary action. The headquarters of Danehower’s sorority told Insider that it’s working closely with administrators and students, but does not “believe it’s wise to formulate one-size-fits-all policies for our chapters.” 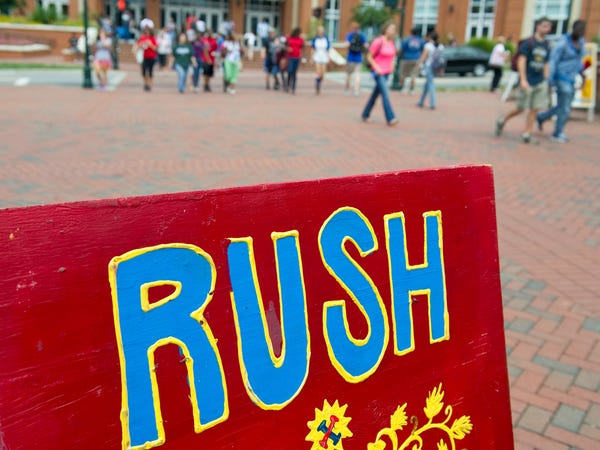 CHARLOTTE, NC – SEPTEMBER 05: Fraternity and sorority rush and recruitment signs are posted across campus at the beginning of the school year as students walk to and from class on the University of North Carolina’s Charlotte campus on September 5, 2012 in Charlotte, North Carolina. Ann Hermes/The Christian Science Monitor via Getty Images

Students, universities, and campuses put together plans for the fall while navigating the uncertainty of the pandemic.  In addition to skyrocketing coronavirus cases — the US added 1 million cases in only two weeks in July — Yasmin said that the US’ testing level is not where it should be.

Before rolling out any plans, the most important first step is to “keep an eye on community transmission” of the virus, according to Yasmin.