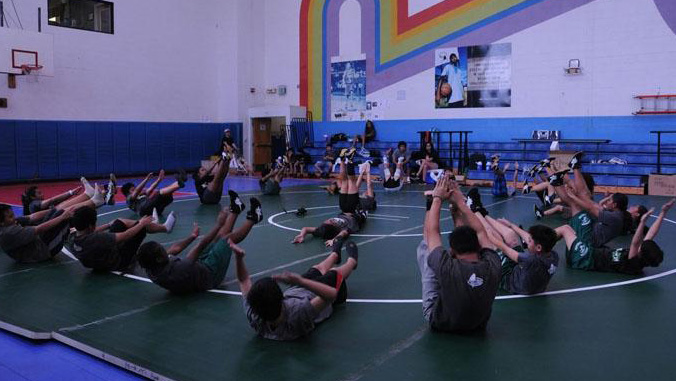 Chronic diseases typically associated with middle age and older adulthood are common in young people needing hospital care in Hawaiʻi, according to public health researchers from the University of Hawaiʻi at Mānoa. More than a quarter of hospitalized youth and 12 percent of youth who visited an emergency department had at least one chronic condition such as diabetes, chronic kidney disease or high blood pressure. The study was published in Preventing Chronic Disease, which is sponsored by the Centers for Disease Control and Prevention.

“It’s likely that our results reveal only the tip of the iceberg, because chronic conditions are often underdiagnosed in young people,” said Tetine Sentell, lead author on the study and director of the Office of Public Health Studies (OPHS) in the Myron B. Thompson School of Social Work. “Importantly, we found that the rates of chronic conditions start to increase at age 9, which means we have to start early with our prevention efforts. Chronic disease management programs should be designed with the needs of children, teens and young adults in mind.”

“Health care providers need to be aware that chronic disease is common among youth needing hospitalization and should work closely with them and their families to effectively manage these conditions,” said Catherine Pirkle, an associate professor in OPHS and co-author of the study. “Efforts are needed building from community strengths, knowledge and relationships across the lifespan, starting as early as pregnancy and throughout childhood, to prevent chronic disease.”

Previous research has shown that Native Hawaiians, Filipinos and other Pacific Islanders were at risk for chronic disease at earlier ages in adulthood than other racial/ethnic groups. This new study quantifies how this trend is reaching into youth.

“This information will help us take next steps to addressing chronic disease earlier in life,” said May Okihiro, a pediatrician at the Waiʻanae Coast Comprehensive Health Center and assistant professor in pediatrics at UH Mānoa’s John A. Burns School of Medicine (JABSOM). “Culturally grounded interventions, such as those that include community and family and connect people with the land or ocean may be relevant for reducing chronic disease rates in Native Hawaiian, other Pacific Islander and Filipino populations.”

For the study, Sentell and her co-authors pulled data on all inpatient and emergency department visits statewide for children and young adults ages 5 to 29 during 2015 and 2016. After excluding visits related to pregnancy, they analyzed data from 13,514 inpatient stays and 228,548 emergency department visits over the two-year period. The authors were also able to estimate the costs associated with these hospitalizations and the proportion paid by Medicaid.