Piyyut: Poems of a Persecuted People 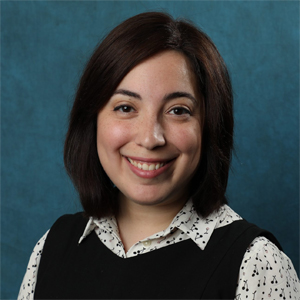 On Monday, July 20, 2020, Dr. Chaya Sima Koenigsberg, a Resident Scholar at the Zahava and Moshael Straus Center for Torah and Western Thought, was a featured lecturer in the Orthodox Union’s Women’s Initiative’s “3 Weeks: Ideas and Inspiration.”

Over 135 participants from across the United States and abroad joined the live online lecture entitled “Piyyut: Poems of a Persecuted People.” The lecture placed Kinnot, or lamentations recited on Tisha b’Av, within the broader literary genre of liturgical poetry known as Piyyut.

Like other piyyutim, Kinnot stem from the religious drive to transform thoughts and experiences into prayer. Drawing on primary texts and artwork related to Jewish martyrdom in the wake of the first Crusade and other attacks, the lecture highlighted the composition of prayers and kinnot as one Jewish response to tragedy.

Following the template of Jeremiah’s lament for the Temple, Jews channeled their emotions into poems that resonated with their communities. These poems were multifaceted, serving as a form of prayer and catharsis that simultaneously memorialized the past and aimed to educate the Jewish future.

The lecture (which can be viewed online) was very well received by the participants, who left eager to learn more about the intersection of history, Hebrew literature and art.