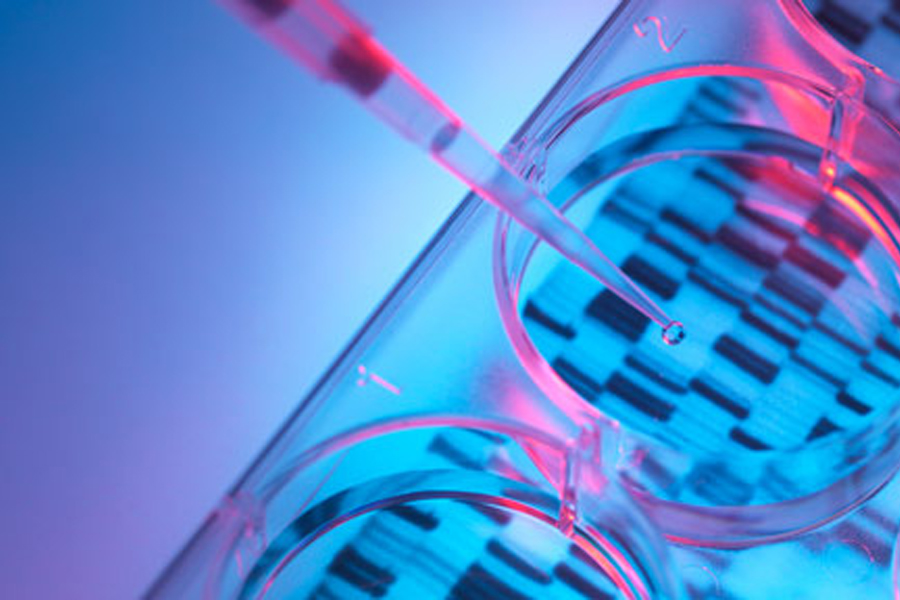 Florida State University researchers are contributing to the the Encyclopedia of DNA Elements, a project to better understand how the human genome works. Courtesy of the National Institutes of Health.

Florida State University Professor of Biological Science David Gilbert is using the latest information about the human genome as a guide to better understand cancer.

“Cancer cells come from a cell in your body, but they have changed,” Gilbert said. “Knowing what cell type they came from is particularly important when evaluating whether a new tumor in a relapsed patient is derived from the original tumor or is a new cancer altogether.”

Their work, published in Nature Communications, is a companion piece to a large series of publications resulting from an international effort to understand how the human genome works, funded by the National Institutes of Health, called the Encyclopedia of DNA Elements (ENCODE). Because only 1 percent of human DNA codes for any known proteins, understanding the function of the rest of our genome has been a huge challenge.

Gilbert and his colleagues also are contributors to the larger ENCODE publication, published in Nature, summarizing the efforts of the latest cycle of ENCODE funding. The highlight of this study is the mapping of nearly one million elements in the human genome, covering 8 percent of the genome, that regulate the genes. That is, they determine how much and in what body tissue a gene will be expressed.

“The complexity in an organism is not in the number of protein-coding genes it has,” Gilbert said. “It’s in in the combination of those genes. We have almost the same number of genes as worms and flies, but we express them in more complex combinations.”

His laboratory adds replication — the process of DNA making a copy of itself — to the picture.

“People don’t often think of replication as something that would be regulated differently in different cell types because DNA is the same in all cells,” he said. “However, it’s not just DNA that replicates. Rather, all the components of chromosomes that regulate the DNA are completely dismantled and re-assembled when DNA replicates. We’ve shown that the order in which segments of DNA replicate is unique to each cell type and also different in diseased cells. It can even be unique to a specific patient’s cancer.”