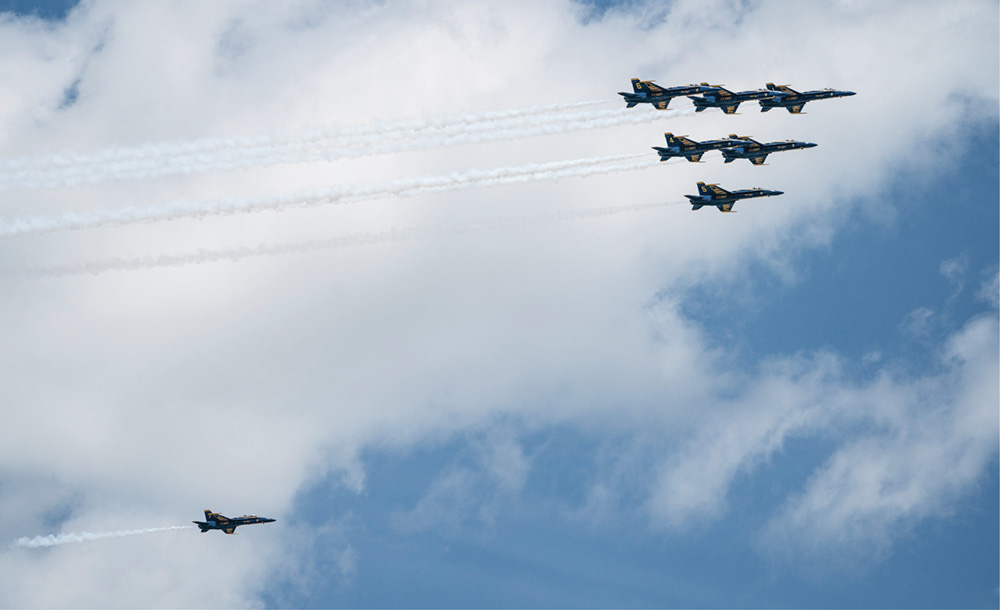 The U.S. Navy’s Blue Angels flight demonstration squadron soar directly above Vanderbilt Stadium on May 14 during a series of nationwide flyovers, which included Nashville. Called “Operation America Strong,” the joint effort between the Blue Angels and the Air Force’s Thunderbirds was billed as a “collaborative salute” to honor health care workers, first responders and other essential workers as they combat the COVID-19 pandemic. Photo by Joe Howell.