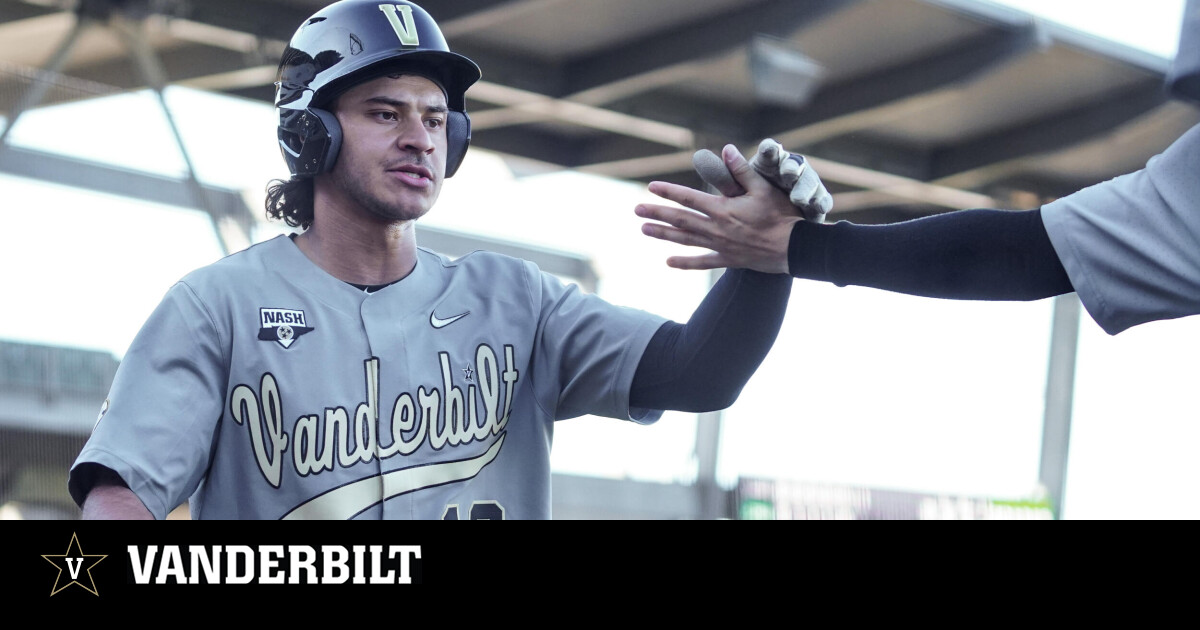 NASHVILLE, Tenn. – Vanderbilt standout Austin Martin was selected fifth overall in the first round of the Major League Baseball Draft by the Toronto Blue Jays on Wednesday night becoming the sixth Commodore in program history to be taken in the top five.

Martin is the 10th top-10 overall pick in the Tim Corbin era (2003-present), a mark that is more than every other program in the SEC East combined. He is the 122nd Commodore selected and 17th first-round selection in that timeframe.

“Once I heard my name selected I think I went completely numb for a little bit,” Martin said on MLB Network. “It’s surreal now. Everything you work for since you were a kid is coming into place, coming into fold.

“I’m excited. I’m grateful to Toronto for giving me this opportunity.”

At Vanderbilt, the junior, who was drafted as a shortstop, played 65 career games at third base, 25 games in center field, 13 games at second base, 13 games at first base, 12 games in left field and two games at shortstop.

Martin becomes the sixth Commodore to be drafted by Toronto. One season ago, the Blue Jays selected Commodore catcher Philip Clarke in the ninth round.

“I’ve heard a lot of things (about the Toronto organization) from my former teammate (Clarke) who is there now with their minor league organization,” Martin said. “What a lot of people don’t know is I’m a former teammate of Bo Bichette when we were younger so it’d be cool to get up there and play with him again.

Martin was named a 2020 preseason All-American by four different publications and was the D1Baseball preseason SEC Player of the Year. He made 16 starts in Vanderbilt’s shortened, 18-game season and led the Commodores in hits (20) and runs (15) while hitting .377 and slugging .660.

Martin was selected by the Cleveland Indians in the 37th round of the 2017 MLB Draft before he opted to enroll at Vanderbilt. Since then he’s become a Freshman All-American, first team All-American, All-SEC first team selection and Dick Howser Trophy and Golden Spikes semifinalist.

The MLB Draft will continue at 4 p.m. Thursday on MLB Network and ESPN2. The five-round draft, shortened in part due to COVID-19, will feature 160 total picks.

With the 5th pick in the 2020 #MLBDraft, we’ve selected INF/OF Austin Martin from @VandyBoys!