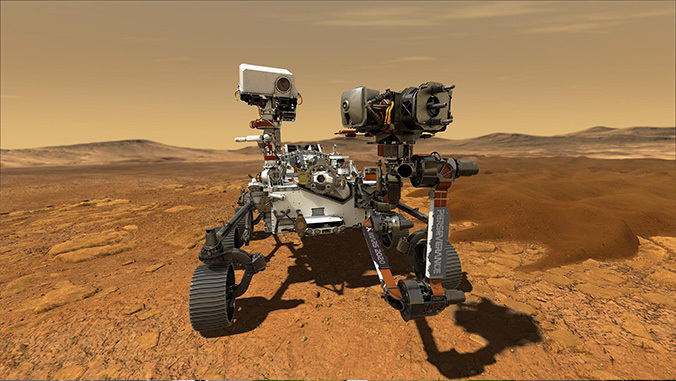 Perseverance, the most sophisticated rover NASA has ever sent to Mars, will launch from NASA’s Kennedy Space Center in Cape Canaveral, Fla. on July 30. Since being selected for the NASA instrument teams in 2014, three University of Hawaiʻi at Mānoa scientists have been hard at work to develop, test and refine scientific instruments to search for clues about past life on Mars.

Built at NASA’s Jet Propulsion Laboratory, Perseverance is loaded with scientific instruments the teams will use to search for signs of ancient microbial life, characterize the planet’s geology and climate, and collect carefully selected rock and sediment samples for possible return to Earth.

Sarah Fagents, a researcher at the Hawaiʻi Institute of Geophysics and Planetology (HIGP) in UH Mānoa’s School of Ocean and Earth Science and Technology (SOEST), is the Mastcam-Z team’s volcanologist. Mastcam-Z is the mast-mounted multispectral camera system that is equipped with a powerful zoom function. At a maximum zoom setting, the cameras could resolve a feature as small as a housefly across the length of a football field. 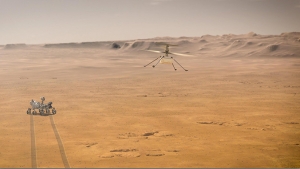 The Mastcam-Z team, led by Arizona State University professor and planetary scientist Jim Bell, will use the cameras to look at the landscape and identify rocks, soils and other targets that deserve a closer look by other instruments as they search for signs of ancient martian life.

“The entire Mars 2020 team has been training for Mars surface operations by means of mission simulations on Earth so that we will be able to hit the ground running when the rover lands,” said Fagents.

After a six-month journey to the red planet, the rover’s operations will start on Mars on February 18, 2021. Fagents’ daily role will largely involve analysis and interpretation of Mastcam-Z images to help decide which rock outcrops to target with specialized instruments, as well as what to sample. She will distinguish volcanic rocks from sedimentary deposits, and determine what the rock features indicate about the history of Martian volcanic eruptions.

HIGP researchers Shiv Sharma and Anupam Misra, both experts in Raman spectroscopy and fluorescence, will assist with detection of biosignatures—indicators that life has existed or is present. They are members of the SuperCam instrument team led by Roger Wiens of Los Alamos National Laboratory. The SuperCam is a suite of instruments, including a Laser-induced Breakdown spectrometer, and combined time-resolved Raman and fluorescence spectrometers, that will determine chemical composition and minerals present, detect organic compounds and biosignatures from a distance on and in rocks, soils and sediment layers on Mars.

The mission, expected to last one Mars year (about 687 Earth days), will also contribute to preparation for human exploration on Mars.