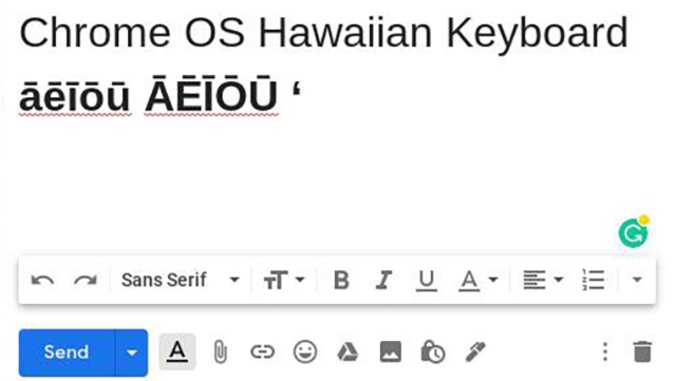 A University of Hawaiʻi Maui College assistant professor has developed a Hawaiian language keyboard extension for Chrome OS (operating system) users, making it possible to easily type the kahakō—a macron character that appears over vowels in certain words and changes their meaning when used—and the ʻokina, a glottal stop. 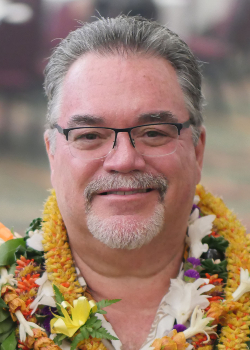 The extension, created by Keola Donaghy, was released by Google and is available for free in the Chrome Store. Instructions on the keyboard’s installation and activation are on Donaghy’s website.

Since the Chrome OS release in 2011, devices that run the system have proved very popular. They are inexpensive, start quickly and have long battery life. Always popular with educators, its general acceptance has grown exponentially during the COVID-19 pandemic as classes from kindergarten through university graduate programs have gone online, with students completing many of their classes and assignments from home. It’s estimated that 17 million Chrome OS devices were shipped in 2019, and that 20 million will be sold in 2020.

“Given the rapid growth of Chrome OS devices at all levels of education in recent months, this kind of functionality has been desperately needed,” said Donaghy. “I’m hopeful we can convince Google to include this keyboard with all Chrome OS systems as Apple and Microsoft do, so that users won’t have to do this manual installation.”

Hawaiian has been supported in Macintosh OS since 2002, when Donaghy and colleagues at University of Hawaiʻi at Hilo’s Ka Haka ʻUla O Keʻelikōlani of Hawaiian Language program worked with Apple programmers to include Hawaiian language support resources, including a keyboard for MacOS and iOS, the software that runs on iPhones and iPads. In 2010, they worked with programmers at Microsoft to include these same resources in Windows 10. These resources continue to be included with all computers and devices that operate using MacOS, iOS and Windows.