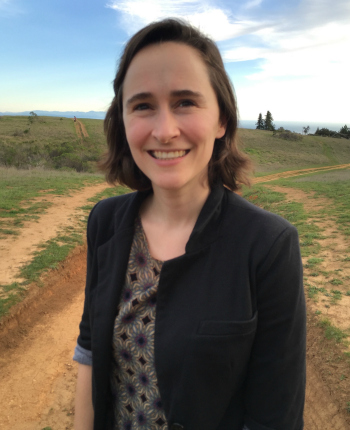 In ‘Fields of Gold, MadeleineFairbairn, assistant professor of environmental studies, looks at the financialization of farmland.

In her new book, Fields of Gold, Financing the Global Land Rush, (Cornell University Press, 2020) Madeleine Fairbairn looks at forces and players that have transformed farmland into a novel financial asset class, a practice that took hold after the 2008 financial crisis and continues today.

Different from mega corporate farms, the financialization of farmland involves huge institutional investors, such as pension funds and university endowments, adding farmland to their portfolios along with stocks, bonds, commodities, and commercial real estate, assets they hope will grow in value. Fairbairn, a rural sociologist, is an assistant professor of environmental studies at UC Santa Cruz whose research focuses on the political ecology of the global agri-food system. Fields of Gold is published in hardcover, paperback, and as an open access e-book.

The full effects of viewing farmland as a financial investment have yet to be seen, Fairbairn says, but there is concern that the phenomenon could lead to higher land prices, putting farmland ownership even further out of reach for small farmers, particularly those from historically marginalized social groups.

A commodity that cannot circulate

As Fairbairn writes, farmland is “a commodity that was not produced and cannot circulate, a source of personal independence and of group identity, a productive asset that moonlights as a financial asset.”

In the U.S., the story dates back to the 1970s when the concept of turning farmland into an investment asset was first proposed and roundly criticized. When Congress held hearings in 1977 there was bipartisan agreement that allowing pension funds to buy up farmland was morally reprehensible, Fairbairn said. “It was considered awful for farmers and awful for America.”

The ‘Farm Crisis’ and ‘Farm Aid’

In the early 1980s, however, things shifted when small farms came under pressure from falling crop prices and increasing mortgage repayments. The “Farm Crisis” that resulted drew widespread attention, including the first “Farm Aid” concert in September 1985 when Willie Nelson, John Mellencamp, and other stars played to raise money for beleaguered family farmers.

Despite the publicity and fundraising, many farm foreclosures followed, and life insurance companies and commercial banks, which had lent money for farm mortgages, had to figure out what to do with all the foreclosed farm properties now on their books.

That created a demand for “experts” to manage the farmland assets. “There was not widespread investor interest at that point,” Fairbairn said, “but the Farm Crisis really laid the groundwork by training a whole crop of professionals to manage farmland on behalf of institutional investors. Once macro conditions changed to once again favor farmland investment, those professionals were ready to step in.”

Those macroeconomic conditions began to manifest themselves in the 2000s with a boom in agricultural commodity prices. “There was a huge spike in food prices in 2008 and again in 2011.”

Meanwhile, the stock market plunged and real estate tanked because of the subprime mortgage crisis. But high crop prices meant high income coming from the land and “farmland looked like a solid asset and safe haven for capital,” Fairbairn said.

Hedge funds, pension funds, and other investment entities looked to farmland to bolster their portfolios. As an example, TIAA, the leading retirement investor for the academic community, owned no agricultural land before about 2007. A decade later, TIAA controlled $8 billion worth of farmland globally.

The hype surrounding farmland investment has died down somewhat since 2014, Fairbairn said. However, new farmland funds continue to be established, leaving many farmer advocates worried about the ongoing separation of the land owner from the land user. “The real fear is that this will increase the very high barriers to entry that already exist in agriculture,” she said.

There is also a concern that investor-owners may approach their stewardship of land, as well as their relationships with tenants and neighbors, differently than would owners with roots in farming communities. “Portfolio ownership is ownership stripped of everything but the profits and losses,” Fairbairn writes. “Gone are the responsibilities and relationships that ownership used to imply.”

In Fields of Gold, Fairbairn focuses on the forces and players of the financialization phenomenon, particularly in the U.S. and Brazil. Her current research looks at its effects. She’s in the midst of a study, supported by the U.S. Department of Agriculture, that looks at the impact of farmland financialization in California and Illinois.

“Financial-sector demand for farmland should serve as a wake-up call,” Fairbairn writes. “Land is too vital—to the pride of farmers, to the cultural identity of indigenous peoples, to the food security of rural communities—to be casually surrendered to wealthy institutions for whom it serves as just one more weapon in an investment arsenal.”