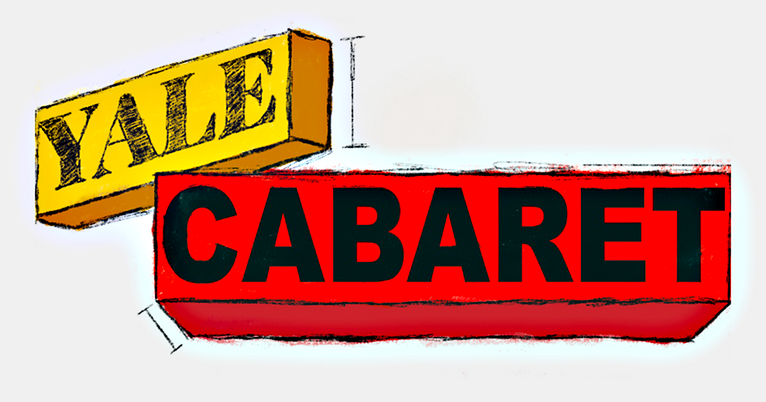 A retelling of Henrik Ibsen’s “A Doll’s House” — this one set in colonial India and presented online as a radio play — and a show that invites audience members to join from their own bathtubs (or bathing areas) are among the first offerings in the Yale Cabaret’s 53rd season.

This year’s season, which will be entirely virtual, has required inventive programming by the School of Drama students who run and manage the popular theater. Physical distancing requirements as a result of the COVID-19 pandemic have prevented in-person productions and rehearsals.

“It’s difficult to not be seeing people and not forming the connections we normally would in the Cabaret space at 217 Park St.,” said Nicole Lang, a third-year lighting design student who is a co-artistic director of the Yale Cabaret this year. “But the season is allowing us to re-invent theater and still connect during this time of separation.”

In fact, the Yale Cabaret has always been known for bold experimentation and for re-imagining itself every year, as leadership of the student-run theater changes annually, noted managing director Matthew Sonnenfeld.

The theme of… our new season, is ‘Live. Online. Together.’ We are really trying to approach everything in that context, building community online.

“Rather than go dark, we realized that we can really capitalize on the opportunity we have to tailor our season in a very specific way,” he said. “For us, that has meant re-evaluating what theater can do. The theme of ‘Cab 53,’ as we call our new season, is ‘Live. Online. Together.’ We are really trying to approach everything in that context, building community online.”

For its first production, the students will present the adaptation of Ibsen’s “A Doll’s House,” which the audience will tune into as a radio play via Zoom. This retelling by playwright Tanika Gupta takes place in a British “unified” territory in Calcutta in 1879 and centers on Niru, who has a seemingly perfect life with her British husband until the cracks start to show. The play explores imperialism and its “insidious nature” through the eyes of a woman.

“The audience will experience a story they think they know but will experience it a little bit differently,” said Sonnenfeld. “Many members of the cast are Asian and South Asian, so it’s a very personal work for them.”

“A Doll’s House,” which will be staged Sept. 25 and 26, is directed by Henriëtte Rietveld and proposed and performed by Mihir Kumar, Shimali De Silva, Isuri Wijesundara, Adam Shaukat, Patrick Ball, Mehr Dudeja, and Rebecca Kent.

Next up will be the Untitled Bathtub Theatre Project. Conceived by scenic design student Jimmy Stubbs, the piece seeks to connect audience members and performers — who include drama students as well as students from Yale’s and professional schools — through a live auditory event, experienced in the privacy of their bathing spaces.

The show, Lang said, will lead participants through the experience of taking a bath. “This production has relevance to new standards of cleanliness that people are being asked to uphold in this time,” she said. “The impetus is to provide rejuvenation and connection for people through sound. Everyone will be connected via water.” The Untitled Bathtub Theatre Projects runs Oct. 9 and 10.

The Cabaret’s third show, “Love Songs,” is a 34-part response to Mina Loy’s poem “Love Songs to Joannes,” proposed by dramaturgy students Lily Haje and Madeline Pages. The first eight responses will be presented as a virtual live production, while the remaining 26 will be featured as installations — paintings, recordings, performances, and more — in a new gallery space on the Yale Cabaret’s redesigned website. Throughout the season, the new gallery space will continue to feature installations, visual art, film works, sound compositions, and other works. “Love Songs” runs Oct. 23 and 24.

In all, the Yale Cabaret will present 15 shows during the academic year. Dates for the remaining performances of the season will be announced shortly. Friday performances are at 8 p.m.; Saturday shows take place at 4 p.m. (a new offering this year) and 8 p.m.

Nourishment for the soul

Since having a meal or snacks have long been a typical part of the Yale Cabaret experience, the theater’s student leaders have also planned a series of Cab Potlucks, during which audience members can watch via Zoom as Yale affiliates with a talent for cooking make meals using “mystery” ingredients. In true potluck fashion, those who attend the events must bring something to the “table.”

“It can be a photo, a poem, a video, a story, music, or something else that fits in with the monthly theme and brings artistic nourishment,” Lang said. Cab Potluck will be offered at 8 p.m. on the following Saturdays: Oct. 17, Nov. 21, and Dec. 19.

One important goal of the Cabaret team, noted third-year student and co-artistic director Jisun Kim, is to create online the special awareness of the presence of others that theater-goers would normally feel while gathered in a physical theater space.

When we think about the connection between performers and an audience… we want to keep that sense of live-ness this season.

“How can we create this sense of connection online? When we think about the connection between performers and an audience, and the ways we all feel each other in different ways in a physical space — we want to keep that sense of live-ness this season,” Kim said.

“When we cannot see each other in person — and that includes rehearsal teams as well — it means that we have to participate in deep listening to one another, and we can’t take each other for granted,” she added. “But when we do that, we can actually appreciate each other’s presence on screen.”

Throughout the season, the Yale Cabaret will be committed to amplifying the voices of Black artists and storytellers, according to the theater’s leadership team, which also includes co-artistic director Maeli Goren. In response to the current national reckoning with systemic racism, the team has developed a Black Lives Matter Action Plan and will host the BIPOC Connection, a space for Black, indigenous, and people of color to celebrate their backgrounds and identities together. A list of Black playwrights will also be featured on the Yale Cabaret website to introduce their works to the wider community and encourage their production, and a Black Theater festival is also being planned.

Furthermore, a new student position has been created at the Yale Cabaret to ensure that all of the theater experiences are as accessible as possible to all.

“The purpose of this new role is to ensure that accessibility is centered in all we do, from our captioning to livestreamed events, etc.,” said Sonnenfeld. “We want to create the best possible experience for everyone.” As part of that goal, membership prices have also been made more accessible.

“As much as this year will be unique — and we all share the hope that it is — we will learn things that will be valuable when next year, hopefully, we are back in a physical space again,” said Sonnenfeld. “Everything we learn will be important for the future of the Cabaret and for the future of theater in general.”