While more than 80 percent of white Evangelicals voted for President Donald Trump in 2016, their mobilization at the congregation level has since generally plateaued, and new research finds that progressive congregations have surged in their political activism, likely in direct response to Trump administration policies.

A new study by Kraig Beyerlein, University of Notre Dame associate professor of sociology, and Mark Chaves, Duke University professor of sociology, analyzes data from the National Congregations Study (NCS)— a nationally representative sample of U.S. congregations over time — and finds that the very congregations that should have increased their mobilization the most under Trump in fact increased it the least, including on issues for which Trump has strongly advocated, like immigration and endorsing candidates.

Even on issues that inspired religious liberty executive orders, like endorsing political candidates and wanting to do so without losing tax-exempt status, conservative and predominantly white evangelical Protestant congregations trail well behind Black Protestant churches. In addition, these churches increased their political activism the most between the Obama and Trump administrations.

With the 2020 presidential election on the near horizon, Beyerlein discusses what he and his co-researcher learned about the political engagement of U.S. congregations — and how that may impact results on Nov. 3. 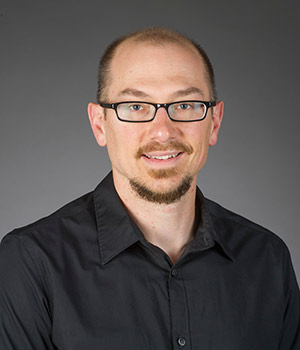 When you examine faith-based political activity at the congregation level, what are you measuring?

The NCS contains a range of political activities, such as offering opportunities for involvement during religious services, organizing voter registration drives or get-out-the-vote efforts, distributing voter guides, hosting candidates as speakers, lobbying elected officials, and mobilizing marches or protests. In more recent waves of the NCS, the cause or issue (such as immigration or poverty) for which congregations lobby or march has also been measured. And for some of these causes or issues, the NCS captures the particular side of the mobilizing effort — pro- or anti-immigrant rights, for example.

What surprised you most about the mobilization of America’s congregations during 2018-19?

This wave of the NCS asked whether congregations had endorsed candidates, and if not, whether they would do so if this action would not put their tax-exempt status at risk. Four percent of congregations had engaged in this partisan political activity, and 17 percent of those that had not said they would if tax law was changed in their favor. Combining these numbers, then, over one-fifth of congregations across the United States would endorse candidates if they were free to do so without legal repercussions.

While this number is higher than anticipated, the real surprise was the type of congregations that would be most likely to endorse candidates under this condition. Predominately white evangelical Protestant churches — critical mobilizing sites of Trump’s political base — were the least likely, at 11 percent, despite the president signaling his approval by signing an executive order in May 2017, though the implementation of this order remains unclear. Black Protestant churches led the way, by far, in terms of both actually endorsing candidates and desiring to do so if tax law was changed. Moreover, almost half of politically liberal congregations reported that they would endorse candidates if they could. By comparison, only 11 percent of politically conservative congregations answered they would.

What are some of your key takeaways on the faith-based political activity of Catholic parishes, especially on immigration and sanctuary churches?

I was very excited that the 2018-19 NCS included a question asking congregations whether they had declared themselves as a sanctuary for undocumented immigrants. Up to this point, we lacked a nationally representative estimate of this important and timely congregation-based political activity.

Overall, we found 4 percent of congregations had done so at the time of the 2018-19 NCS. Even though the question asked about declaring rather than actively housing undocumented immigrants, this low number is not surprising given the costs and risks involved in latter, for which the former is a first step. For instance, government repression is a possibility, which happened to churches during the 1980s Sanctuary movement. Given the current administration’s anti-immigration policies and rhetoric, it certainly seems like history could repeat itself.

Against this backdrop, it is notable that nearly a third of Catholic parishes declared themselves as a sanctuary for undocumented immigrants under the Trump regime. Combined with their relatively high levels of lobbying or marching for immigrant rights in the 2012 and 2018-19 NCS waves, it is clear that Catholic parishes are an important faith-based force to defend and uphold the human dignity of people regardless of the country in which they were born.

How does the political activity in this fourth wave of data compare to previous waves?

We observed a significant uptick in nearly half of the political activity measures repeated across NCS waves.

Importantly, we found that the post-2012 mobilizing surge was concentrated among Black Protestant churches. Not only does this reflect the historical continuity of activism within Black Protestant churches — during the U.S. civil rights movement, for instance — but also the fact that these churches are likely rising up to confront violence against Black people and an administration that does not represent their interests (the majority of members of Black churches vote Democrat).

On the former point, we observed from the fourth wave of the NCS that nearly half of Black Protestant churches organized a discussion about policing in the last year, which is much higher than the rate of congregations of other religious groups. Since prior waves of the NCS did not ask this question, we do not know whether this represents an increase over time for this activity in Black Protestant churches, but it is clear that this issue is of greater salience to these congregations.