By taking daily samples from the New Haven-area wastewater treatment plant, researchers have been able to track the progression of COVID-19 up to seven days before the same pattern is reported by compiled testing data from the New Haven metropolitan area. 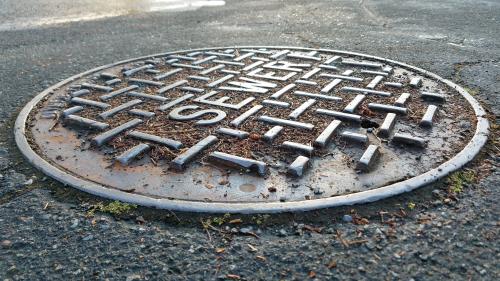 Since March 19, the research team has been collecting samples from the wastewater treatment plant serving New Haven, East Haven, Hamden, and parts of Woodbridge, CT. The curve of the progression as seen in the samples is similar in shape to the number of confirmed cases reported by testing, but the SARS-CoV-2 concentrations lead the testing by approximately one week. Results of the ongoing project were published online Sept. 18 in Nature Biotechnology.

“If you take our smoothed curve for SARS-CoV-2 RNA in sewage sludge and overlay it on the smoothed curves from testing, the trends are very similar – but we’re 5 to 7 days ahead of it,” said Jordan Peccia, the Thomas E. Golden, Jr. Professor of Chemical & Environmental Engineering. “So not only can we use the sewage sludge virus curve to do some forms of epidemiology, it’s also a significantly leading indicator.” 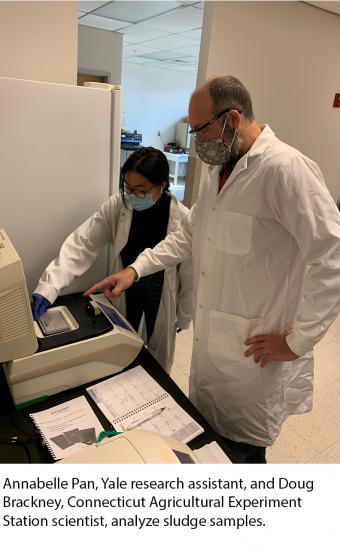 “This work is an excellent example of a multidisciplinary collaboration between university and state government research partners to address a critical public health issue,” said CAES Director Jason C. White.

The progression of COVID-19 in a community is typically tracked by testing symptomatic cases and evaluating the number of positive tests. However, it can take up to five days for symptoms to emerge in someone who’s infected and contagious, so earlier detection of the virus in a community could be crucial to slowing its spread.

The study’s results are from the 10-week period from March 19 to June 1. The researchers, though, will continue taking samples through the fall, so if there’s an uptick in cases, they expect the sewage samples to show that – possibly well before these new cases are diagnosed. Specifically, the researchers are collecting samples of primary sludge, created when solids in municipal raw wastewater first settle in treatment facilities. Peccia said sludge is particularly useful for their purposes because it provides a highly concentrated and well-mixed sample and has been shown to contain a wide range of human viruses.

Omer noted that the method has important implications for low-income countries with significant gaps in testing, and can help inform decisions about whether to reopen parts of a particular city or region. It’s an inexpensive method and very similar to one used in many low-income countries to test for polio in communities – that would make adopting the research team’s method relatively easy. The World Bank has expressed interest in piloting the program in a few cities very soon in south Asia to see how well it scales up to larger populations.

“Once you have successfully piloted it, it can become a policy option for a lot of other places,” he said.

Omer describes the collaboration as a “perfect confluence of complementary skills, experience, and the vision to see that this could have pretty substantial implications.”

“There are few institutions in the world where this story could happen, because it needs several ingredients,” Omer said. “It needs the breadth of expertise, a culture of willingness to work with each other, and the dedication to say ‘This is important.’”