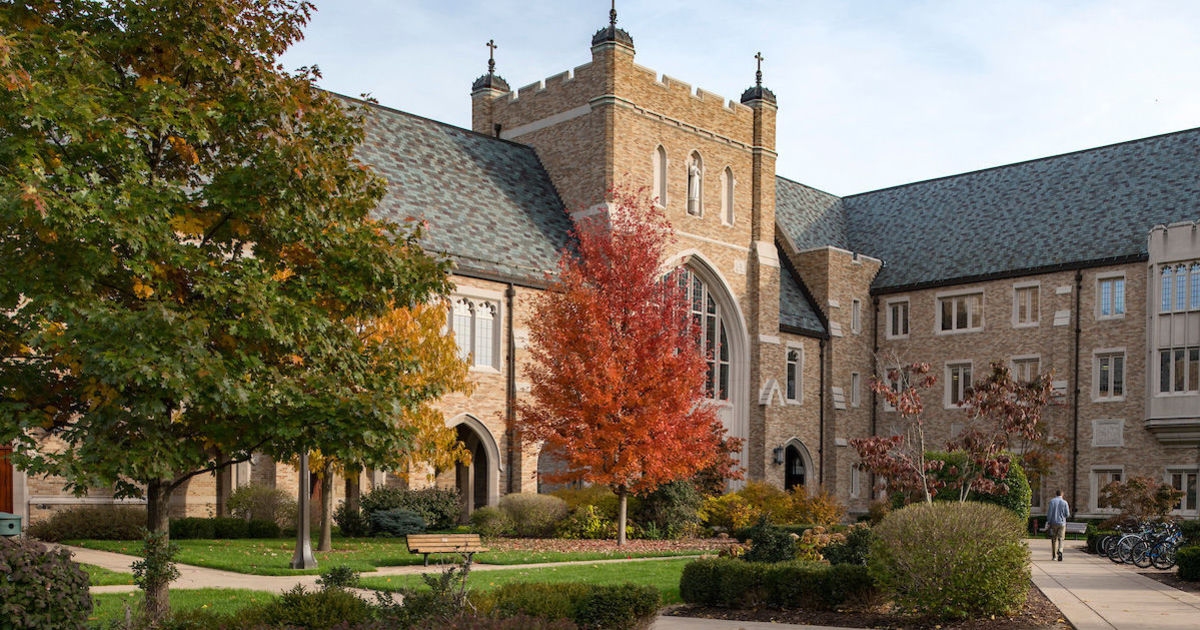 U.S. Supreme Court Justice Ruth Bader Ginsburg, who was nominated to the court in 1993 by President Bill Clinton and was known as the architect of the legal fight for women’s rights in the 1970s, died Friday (Sept. 18) at the age of 87.

The second woman appointed to the court, Ginsburg served for 27 years and visited Notre Dame in 2016. Law School faculty reflect on her contributions:

G. Marcus Cole, the Joseph A. Matson Dean and professor of law

We are all absorbing the sad news of the passing of Associate Justice Ruth Bader Ginsburg. In the words of Chief Justice Roberts, she was a “jurist of historic stature.” Her life’s work as a law professor, litigator and judge, involving some of the most important issues and cases establishing equal rights for women, marks her as one of the most important legal figures in American history. Her towering intellect, spotless integrity, exemplary collegiality and passionate commitment to justice embodied the highest ideals of our profession. She will continue to serve as a role model for many young lawyers.

Veronica Root Martinez, professor of law, Robert and Marion Short Scholar, and director of the Program on Ethics, Compliance and Inclusion

Justice Ginsburg was a remarkable woman, advocate, parent, law professor, human being and justice. When she visited Notre Dame Law School, she took time and careful attention addressing questions posed to her from our law students. Some say representation doesn’t matter — but it does. Her representation and contributions mattered to our law students and to young women and girls all over this country and world. She will be sorely missed by individuals of all walks of life and ideological backgrounds. May she rest in power and peace.

Proponents of gender equality lost one of their fiercest advocates with the death of Ruth Bader Ginsburg. Many of us in the law looked up to RBG, not only for her incredible accomplishments including her groundbreaking gender equality work with the ACLU and being the second woman to be appointed to the Supreme Court; we also admired her passion for her work and her undaunted optimism. At 87, Ginsburg still described herself as an “advocate,” albeit with a smaller audience — her eight colleagues on the bench. Ginsburg pulled no punches in chiding her colleagues (or Congress) for their failure to understand that despite changes to the law, women may still be the victims of what she referred to as “law-sanctioned oppression.” At least once a year she read a dissent aloud from the bench, while wearing her special “dissenting collar.” These dissents came most frequently in discrimination cases, like the Lilly Ledbetter case, where she urged the court not to ignore the “lived realities” of people’s lives. RBG was an icon to many. Fierce and indomitable, her contributions to the law were immense and her loss is enormous.

Ruth Bader Ginsburg was a trailblazer her whole life. Few have done more to advance the cause of equality, particularly for women. As a lawyer and as a judge, Justice Ginsburg was a powerful advocate for justice, and her life was an inspiration to generations. I had the honor of meeting her when she visited Notre Dame a few years ago. I thanked her for her work, and told her I was grateful to her as a father for helping make the world a better place for my kids — both my daughters and my sons. I know I join many others in saying that she will be sorely missed. My deepest condolences to her family.

Many people have commented on her constitutional decisions and her commitment to civil rights and equal rights for women, but the focus on these important aspects of her career risks overlooking some of her most enduring contributions on the Supreme Court. Justice Ginsburg, as a law professor, taught civil procedure and conflict of laws, and when she went onto the Supreme Court, she often authored its procedural decisions (when she was in the majority) or the principal dissent (when she was in dissent). Indeed, just this past week, not knowing about her impending death, I taught one of her dissents and one of her majority decisions in Complex Litigation. As a litigator, she was acutely aware of the importance of procedure in ensuring the fair treatment of claims on their merits. She was actually something of a traditionalist in her decisions, in the sense that she generally sought to preserve the basic vision of litigation that has dominated in federal court since 1938. She resisted the impulse to shrink from that vision, which seeks to determine every case on its merits, even as other members of the court sought to trim that vision around the margins — but she also resisted the impulse to interpret those procedures expansively in ways that would have, while increasing access to justice for some, denied to others their individual day in court. She was a moderate in matters of procedure, and she approached the subject as a conflicts scholar of her era would: as an attempt to strike the best balance among competing interests. The theme of her decisions, which might fairly characterize so much of her work on the Supreme Court, was to ensure equality and opportunity for all litigants.

In the coming weeks, Notre Dame Law School will be hosting events to commemorate Ginsburg’s legacy.