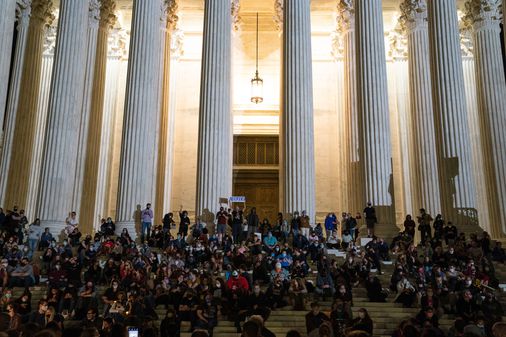 Supreme Court Justice Ruth Bader Ginsburg was a fearless champion of equality. As a woman of color and a lawyer, I am fortunate to have benefited both personally and professionally from her work.

In response to her death Friday from pancreatic cancer at age 87, former president Barack Obama wrote that Ginsburg was a “relentless litigator” on behalf of gender justice and an “incisive jurist” who helped us understand that the “abstract ideal of equality” had consequences for everyone. Whether arguing before the Supreme Court as a lawyer and or admonishing her colleagues on the court as a justice, she spoke truth to power. In doing so, she brought American law closer to our lived experiences and to the equal justice promised in our Constitution. Her impact on the law was possible because of her early practice as a civil rights attorney during the burgeoning rights movements of the 1960s and ’70s.

Ginsburg’s contribution to ending gender discrimination was monumental. But her legacy is broader. Her entire 60-year career was grounded in an inclusive definition of equality. As an attorney, Ginsburg drew from the foundational racial equality theories of Black civil rights activist Pauli Murray. As a volunteer attorney with the ACLU, Ginsburg acknowledged Murray’s contribution by including her as a co-author of the brief for the 1971 landmark case of Reed v. Reed even though Murray did not help write it. Perhaps the most enduring line from Ginsburg’s first argument before the Supreme Court is a quote from white abolitionist and suffragist Sarah Grimke: “All I ask of our brethren is that they take their feet off our necks.” In a groundbreaking move toward gender equality, the Supreme Court ruled in favor of Ginsburg’s client, acknowledging for the first time that discrimination “on the basis of sex” was a denial of equal treatment under the law.

Ginsburg’s brethren on the bench learned from her incisive equality jurisprudence. During a Supreme Court oral argument in the 2015 case Texas Department of Housing and Community Affairs v. Inclusive Communities Project, Inc., Ginsburg was insistent that the “grand goal” of federal housing law was to “undo generations of rank [race] discrimination.” Conservative Justice Anthony Kennedy wrote an opinion on behalf of the court that reflected Ginsburg’s thinking about the law’s goal and the solution to housing discrimination against present and future generations.

In speaking about Title VII of the 1964 Civil Rights Act’s broad proscriptions against race, color, religion, sex, and national origin workplace discrimination, the weight of Ginsburg’s authority was more evident. In her game-changing dissent in the 2007 case of Ledbetter v. Goodyear Tire Co., she unapologetically called upon Congress to correct a Supreme Court decision that she viewed as “totally at odds with the robust protection against workplace discrimination.” Less than two years later, Congress passed the Lilly Ledbetter Fair Pay Act of 2009, prohibiting sex-based wage discrimination.

Ruth Bader Ginsburg’s death leaves more than a vacancy in the court’s membership. The court has lost the voice of an advocate who, like the late Justice Thurgood Marshall, helped shaped our country’s vision of equality. That hole is overwhelming.