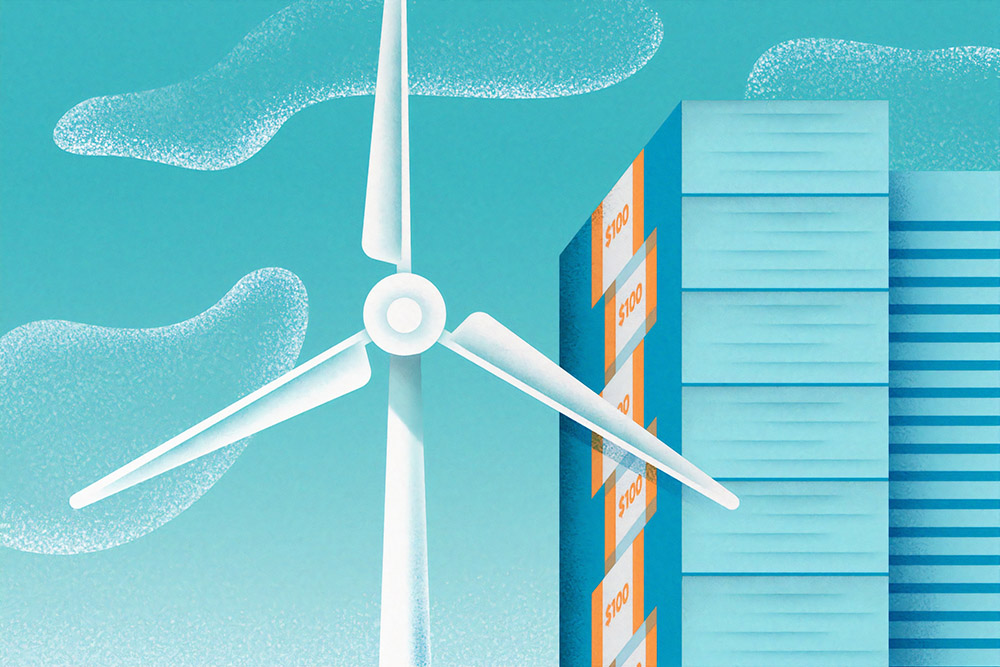 Lithium-ion battery technologies currently dominate the advanced energy storage market — a sector of increasing importance as more focus is put on variable renewable energy generation and reliability to help decarbonize the global energy system. But according to MIT researchers, prevailing battery models can actually overestimate the battery’s revenue in an energy storage system by 35 percent.

“Current modeling is not very representative of how these batteries actually operate,” says MIT Energy Initiative (MITEI) research scientist Apurba Sakti. “These models often do not account for degradation, or the lifetime of the batteries, which directly impacts the costs and the added value of the energy storage system.”

To address this gap, Sakti worked with colleagues in the MIT Laboratory for Information and Decision Systems (LIDS) to investigate six mathematical representations, incorporating increasing degrees of detail and representation of battery degradation, to evaluate energy- and capacity-market revenues generated from the pairing of a battery energy storage system (BESS)  — in this case, a lithium-ion battery — with an offshore wind farm.

Their findings were recently published in the journal Applied Energy in a paper by Sakti, the principal investigator; Mehdi Jafari, the lead author and a postdoc in MIT LIDS; and Audun Botterud, a principal research scientist in MIT LIDS with a co-appointment at Argonne National Laboratory.

The researchers first analyzed the current predominant modeling method, which assumes fixed amounts for elements of the battery’s performance, such as round-trip efficiency and rated power capability, and neglects the degradation that would occur due to the battery’s capacity fade (the decrease in charge that the battery can hold) over time, and cycling. The researchers then developed and evaluated five enhanced models that better reflect how a battery would actually operate in a physical space by accounting for this capacity degradation, as well as power limits due its state of charge and efficiencies as a function of the discharge power. Their investigation reveals that the potential value of a battery is directly tied to the way it cycles and discharges power.

After comparing the five advanced models, the researchers determined that the “SUM” approach was the best choice to evaluate their case study: an offshore wind farm in New York. An important feature of this particular model is that it accounts for degradation as a sum of the capacity fades in battery cells caused by cycling (resulting from charging and discharging the battery) and calendar aging (which happens as a function of time, regardless of use). With this approach, a given battery only cycles if the revenues cover the costs of capacity fade.

Using the SUM model with price and wind data for New York during 2010-13, the researchers evaluated four battery storage and offshore wind system designs — an offshore wind farm with no BESS, a BESS located onshore, a BESS located offshore, and a hybrid system utilizing BESSs both on- and off-shore — to evaluate the impacts of the battery system’s location on its overall profitability. After incorporating other decision factors, such as wind curtailment, cable sizing, and dispatch of the BESS, they found that locating the battery system onshore while operating within its full state-of-charge window yields the highest revenue potential and can compensate for some of the degradation-related costs.

“Energy storage is frequently identified as a key enabler for a large-scale expansion of renewable energy in the power grid. However, batteries are still a new asset type in the electricity system, and there are many questions about how to best use them,” says Botterud. “Our research on improved battery representation in power system optimization models enables more realistic assessments of efficient pathways toward a decarbonized energy system.”

To this end, their analysis showed that battery revenues can be significantly overestimated when using the less-advanced model currently employed by researchers to evaluate the added value of a battery in a given energy storage system. Using the advanced model that accounted for changes in battery efficiency, the researchers demonstrated that battery revenues in the energy- and capacity- markets for the test case were not great enough to recoup the investment costs of the battery. The added value of a megawatt hour (MWh) of energy storage varied from $2 to $4.50 per MWh of wind energy, leading to a break-even cost for the battery system ranging from $50 to $115 per kilowatt hour.

“With our advanced battery modeling approaches, the energy storage asset value can be estimated more accurately, which will help future investment and operation decisions,” says Jafari. “Moreover, accounting for the dynamic performance and degradation behavior of battery energy storage can change our assessment of its economic value and provide the opportunity for other emerging technologies, such as flow batteries or hydrogen-based storage, through more accurate comparisons.”

Sakti adds that “With concerns around a lithium-ion battery technology lock-in [which, in essence, means that this dominant technology will drive out its competitors, as evidenced by multiple bankruptcies in the battery industry], our analyses can help investors and policy-makers understand trade-offs better, as well as inform research-level decisions. Improved accounting of life-cycle costs and benefits across multiple applications beyond the primary use of these batteries — for instance, using a battery for secondary grid-level services once it has reached its end of life in a car — can also benefit from our work.”

In future research, the researchers plan to study a wider range of battery chemistries and their potential value compared to lithium-ion batteries. They will also build on their current work by considering other spatio-temporal variations that might affect the value of energy storage, such as geographical locations, battery applications, and alternate revenue streams.

“Overall, we are interested in developing improved analytics for low-carbon energy systems,” says Botterud. “This includes computationally efficient algorithms that can address the variability and uncertainty in renewable resources, and also model formulations that can answer key questions about electricity market design and energy-environmental policy that affect the ongoing energy transition across the globe.”

This research was supported by Equinor ASA through MITEI’s Low-Carbon Energy Center for Energy Storage.