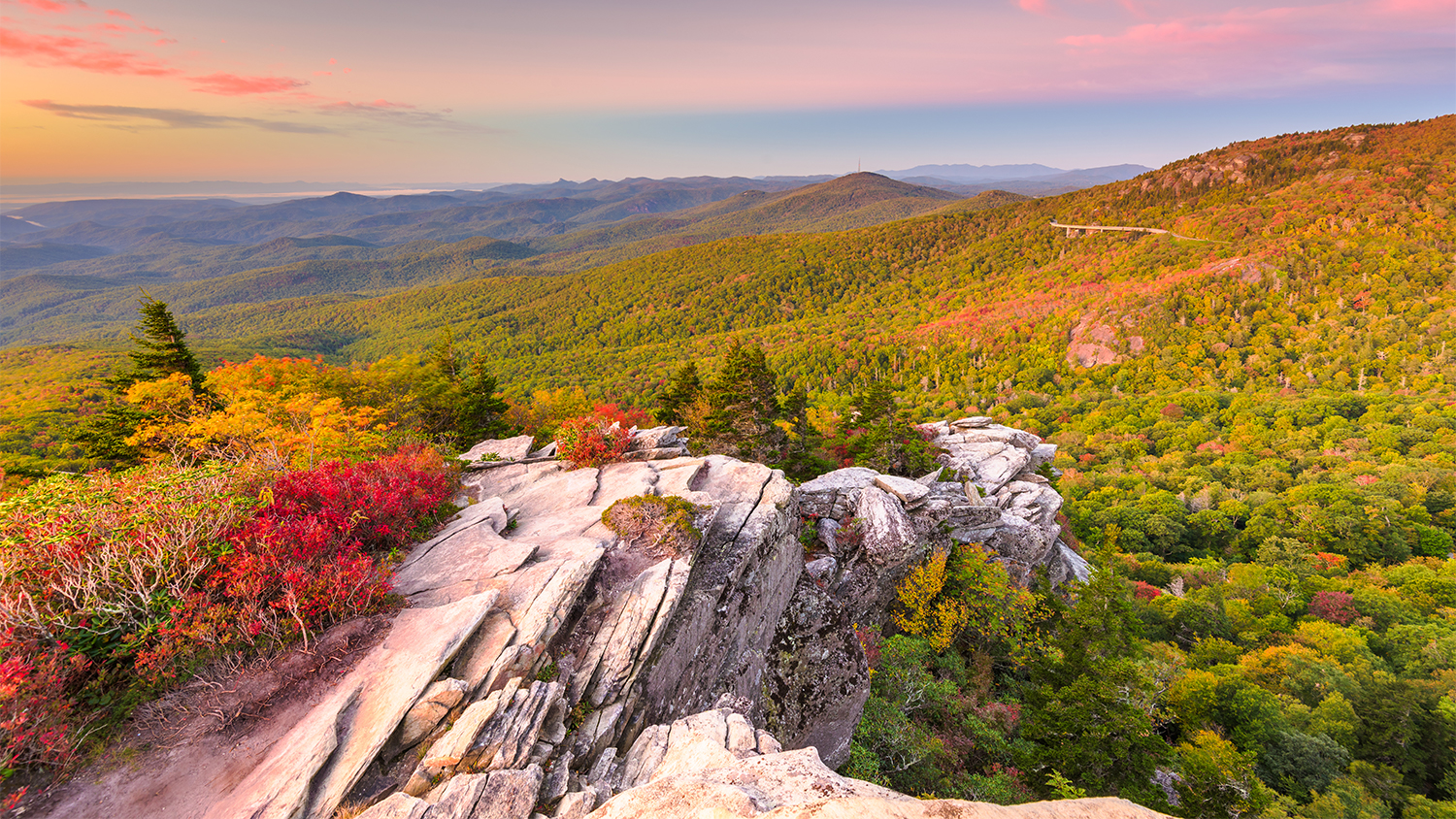 The warm, rainy summer in North Carolina has set the stage for what could be a better-than-average year for fall foliage, according to a forestry expert at NC State University.

“If the weather patterns hold and we don’t see any dramatic shifts, we should have a great color season this year,” said Robert Bardon, a professor of forestry and environmental resources and associate dean for extension at the College of Natural Resources. “The fall weather pattern makes a vast difference in what we’re going to see for fall colors.”

Over the past few months, the rainy weather has prevented drought conditions and created a lush canopy of green leaves, according to Bardon. As the weather shifts into sunny days and lower temperatures in the coming weeks, it will create excellent conditions for sugar production in leaves. Leaves use sunlight to turn water and carbon dioxide into oxygen and glucose — a form of sugar. This sugar, especially in large amounts, is essential to helping leaves produce their vibrant colors each fall.

But heavy rainfall and severe storms occurring later in the season could negatively impact fall foliage, according to Bardon. If severe weather occurs, for example, the leaves could fall off prematurely, causing a shorter color season. And if long wet periods occur during the fall, there could be less sugar production inside the leaves. The impact of less sugars results in less vibrant colors.

Leaves have color because of chemicals called pigments. The most abundant pigment found in the leaves is called chlorophyll. This chemical produces the green color in plants and helps them make energy from sunlight — a process called photosynthesis. As summer fades into fall, the leaves change color because the chlorophyll breaks down.

“Most of the colors are already there; chlorophyll masks the other colors that we see,” explained Bardon. “As the chlorophyll dissolves — because it’s run its course for the plant — the yellow or orange colors appear.”

In addition to chlorophyll, there are two other types of pigments in the leaves of plants. These include carotenoids, which are responsible for the yellow and orange colors in leaves, and anthocyanins, which produce the red and purple colors in leaves. Similar to chlorophyll, these pigments are either retained or discarded by leaves during the fall season. The mixing of these varying amounts of pigments is what determines the color of leaves.

“It’s just like the red you see in beets or the orange you see in carrots and sweet potatoes,” Bardon said. “Those colors are also brought out more with the sugar production that occurs in the leaves in the fall.”

How to See Peak Fall Foliage

If you want to catch an early glimpse of this year’s fall foliage, you may want to head for the mountains. Higher elevations typically experience the color change first. This includes the northern part of the mountains, especially in Ash and Allegheny counties. According to Bardon, this typically occurs in late October. From there, the color changes will move across the state to the coast. Coastal areas usually see color changes one or two weeks after the other regions.

“If you can’t make it to the mountains, there are always colors to see in the Piedmont,” Bardon said. “If you are a coastal person, there’s plenty of opportunities there, too.”

The common spots to view the foliage at its peak are within state parks and state and national forests. Each year, tens of thousands of people visit the Blue Ridge Mountains, which run along North Carolina, Virginia, Tennessee and North Georgia, to view the state’s fall foliage. However, amid the COVID-19 pandemic, people may want to look elsewhere and even consider different means of viewing the leaves, such as on a kayak, canoe or boat.

“Look for the small parks, the county parks that are off the beaten path. Those might be less populated, which will be important for folks during COVID-19,” Bardon said. “Even walking along the greenways within your communities, just getting outdoors, walking in your neighborhoods, there are always opportunities to see the fall colors.”