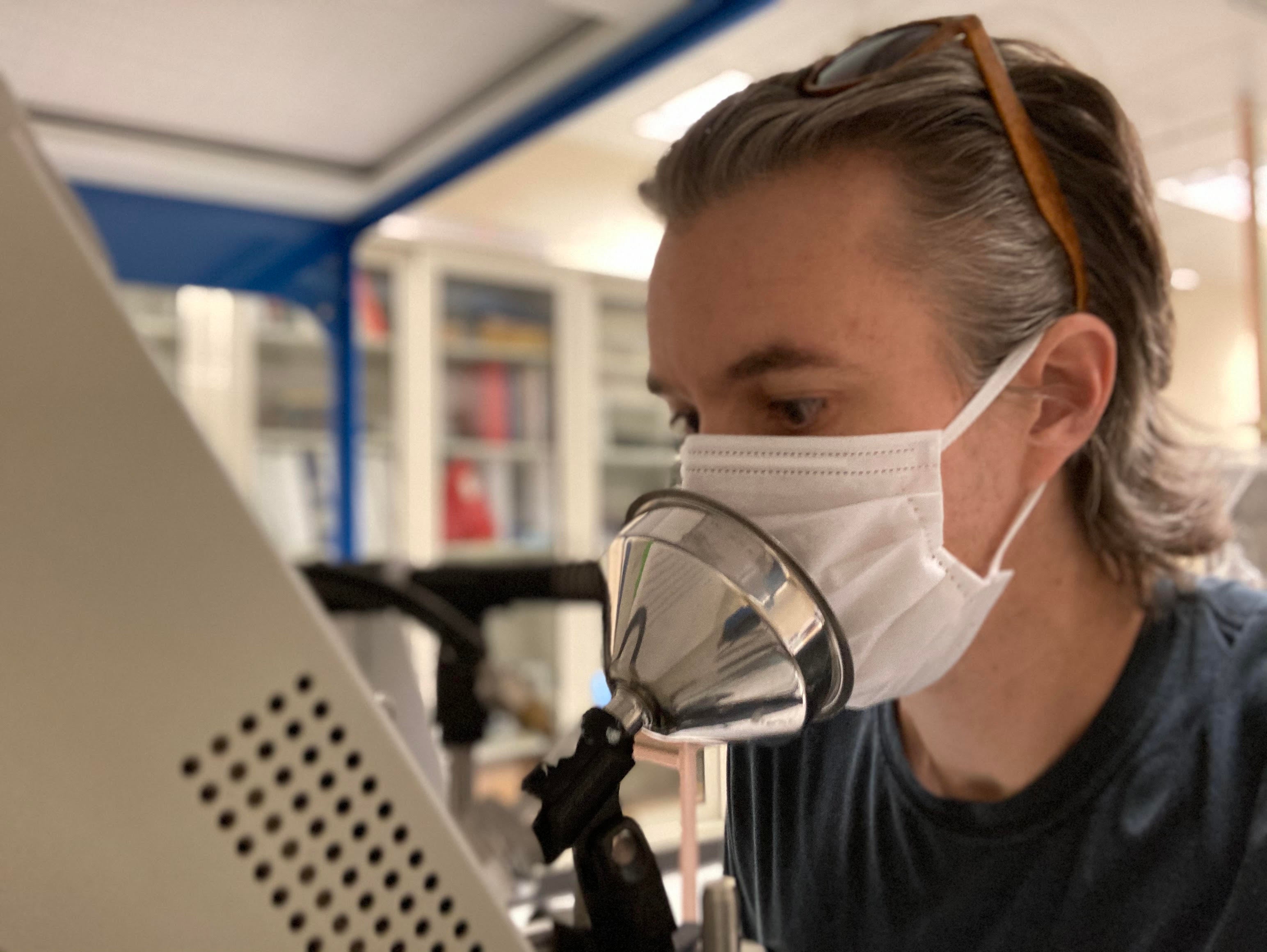 Laboratory tests of surgical and N95 masks by researchers at the University of California, Davis, show that they do cut down the amount of aerosolized particles emitted during breathing, talking and coughing. Tests of homemade cloth face coverings, however, show that the fabric itself releases a large amount of fibers into the air, underscoring the importance of washing them. The work is published Sept. 24 in Scientific Reports.

As the COVID-19 pandemic continues, the use of masks and other face coverings has emerged as an important tool alongside contact tracing and isolation, hand-washing and social distancing to reduce the spread of coronavirus. The CDC and the World Health Organization endorse the use of face coverings, and masks or face coverings are required by many state and local governments, including the state of California.

The goal of wearing face coverings is to prevent people who are infected with COVID-19 but asymptomatic from transmitting the virus to others. But while evidence shows that face coverings generally reduce the spread of airborne particles, there is limited information on how well they compare with each other.

Sima Asadi, a graduate student working with Professor William Ristenpart in the UC Davis Department of Chemical Engineering, and colleagues at UC Davis and Icahn School of Medicine at Mount Sinai, New York, set up experiments to measure the flow of particles from volunteers wearing masks while they performed “expiratory activities” including breathing, talking, coughing and moving their jaw as if chewing gum.

Asadi and Ristenpart have previously studied how people emit small particles, or aerosols, during speech. These particles are small enough to float through the air over a considerable distance, but large enough to carry viruses such as influenza or coronavirus. They have found that a fraction of people are “superemitters” who give off many more particles than average.

The 10 volunteers sat in front of a funnel in a laminar flow cabinet. The funnel drew air from in front of their faces into a device that measured the size and number of particles exhaled. They wore either no mask, a medical-grade surgical mask, two types of N95 mask (vented or not), a homemade paper mask or homemade one- or two-layer cloth mask made from a cotton T-shirt according to CDC directions.

Up to 90 percent of particles blocked

The tests only measured outward transmission — whether the masks could block an infected person from giving off particles that might carry viruses.

Without a mask, talking (reading a passage of text) gave off about 10 times more particles than simple breathing. Forced coughing produced a variable amount of particles. One of the volunteers in the study was a superemitter who consistently produced nearly 100 times as many particles as the others when coughing.

In all the test scenarios, surgical and N95 masks blocked as much as 90 percent of particles, compared to not wearing a mask. Face coverings also reduced airborne particles from the superemitter.

Homemade cotton masks actually produced more particles than not wearing a mask. These appeared to be tiny fibers released from the fabric. Because the cotton masks produced particles themselves, it’s difficult to tell if they also blocked exhaled particles. They did seem to at least reduce the number of larger particles.

The results confirm that masks and face coverings are effective in reducing the spread of airborne particles, Ristenpart said, and also the importance of regularly washing cloth masks.

Additional co-authors on the study are Christopher Cappa, Santiago Barreda and Anthony Wexler at UC Davis; and Nicole Bouvier, Icahn School of Medicine at Mount Sinai, New York. It was supported by a grant from the National Institute of Allergy and Infectious Diseases of the National Institutes of Health.