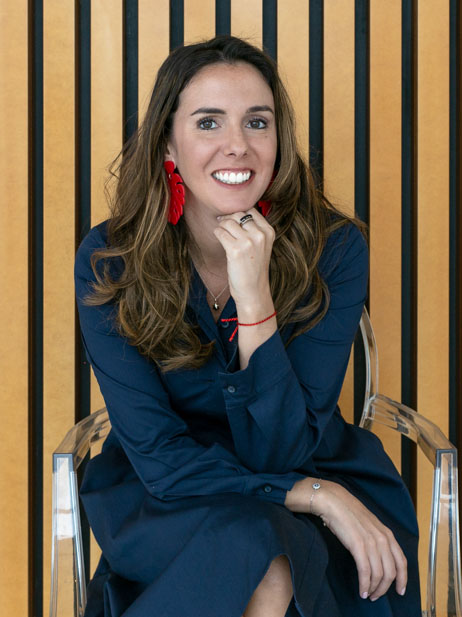 Elisa Trotta Gamus, MA SID/COEX’11, is one of 15 alumni to receive a 2020 Florence G. Heller Alumni Award. She is a lawyer, diplomat and human rights activist. In January 2019, she was named Venezuela’s ambassador to Argentina by interim President of Venezuela, Juan Guaidó, who sought to reestablish democracy and challenge the autocratic rule of Nicolás Maduro. In 2018, Trotta Gamus founded Alianza por Venezuela, an umbrella organization bringing together 22 groups to more effectively serve the many Venezuelan refugees arriving to Argentina. She was interviewed by classmate Adam Rosenberg, MA SID/COEX’11, about her decades-long work for social justice and democracy in Venezuela, the challenges of her role as an ambassador and the urgency of her mission today.

Adam Rosenberg: Congratulations! When I nominated you for this award, a few thoughts I shared with the school are as follows: You remain an outspoken warrior for democracy and human rights in Venezuela. You have put your life on the line for this noble mission. You are a hero. You love Brandeis dearly and you’re the embodiment of Heller’s motto, “Knowledge Advancing Social Justice.” What does the Heller School and its mission mean to you and your work?

Elisa Trotta Gamus: It combines all those values that I was raised on. I come from an Argentinian father that had to exile to Venezuela because of the military and the dictatorship. On my mother’s side, I come from this Jewish family that had to also exile in Venezuela because of all the Jewish persecutions we have known throughout the history. They taught me the value of social justice because both my parents, even before knowing each other, were fighting for it. I was raised based on respect for diversity, love, freedom and democracy.

I went to Heller and learned about so many other things are happening all around the world and how important is not only to know about it, but to fight arm in arm with your colleagues, with your friends, with your professors, or the other students. We have to fight for our principles and to defend our values. That’s what Heller means to me. For the Heller School to be able to put together that concept and to transmit it for so many years, for 60 years, I mean, it definitely means a lot to all the people that had the opportunity to pass through that school.

AR: Throughout your career in human rights and foreign affairs, would you say there was one big question or big problem you were or are trying to solve? What is it and why does it motivate you?

ETG: For almost 21 years, I have been trying to defend and promote democracy and human rights in Venezuela and then things got worse and worse to the point where we are right now. We totally lost democracy and freedom and we have no human rights, nor civil, political, social or economic rights, in Venezuela.

We have the second largest refugee crisis in the world after Syria. We’re talking about almost 5.5 million people having to flee the country during the last years. The people that are still living in Venezuela, they earn a monthly salary of $2, only $2, and to buy the most basic food for the month they need $300. About 35% of kids under the age of five are undernourished. During the last three months, almost 2,000 people have been killed political reasons. This is all based on what the Human Rights Commissioner of the UN has put on her reports during the last year. Venezuela was one of the richest countries in the world because of its oil but is now the second poorest country of Latin America and the Caribbean, after Haiti. 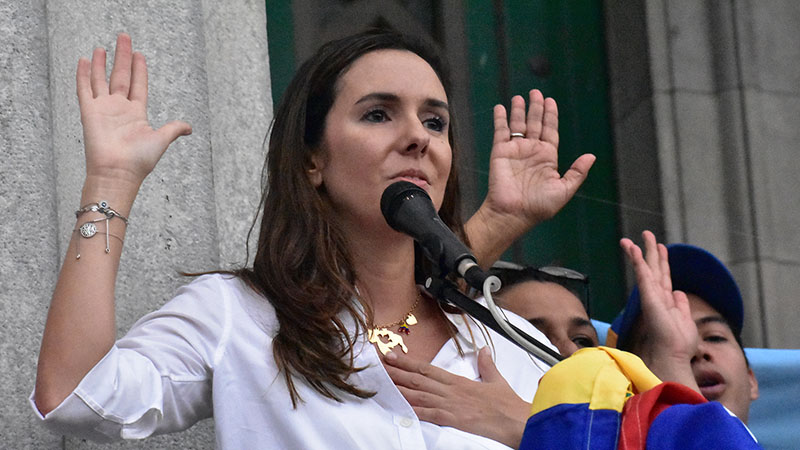 AR: In early 2019, your name or picture seemed to be in every news outlet around the world. Can you speak a bit about what happened?

ETG: In 2018, Nicolás Maduro had thrown a fraudulent election and he declared that he had won that presidential election. We of the Democratic Party and the international community said he didn’t win because they were fraudulent. In January 2019, the constitution of Venezuela mandated that the president of the Congress, Juan Guaidó, had to come to fill in the empty seat of the presidency. And then the international community, exactly 58 countries of the world, including the European Union, the U.S., Canada, Argentina, most of the Latin American countries, recognized Guaidó as the president of Venezuela.

On January 29th, six days after that, I received a call from a friend of mine who’s a senator in Venezuela and he told me, “Elisa, we are going to name ambassadors and your name is in for Argentina.” And I was like, “Yeah, sure. Great. Yeah, count me in.” One day I got to work, all of a sudden, I received this message saying, “Congratulations, Madam Ambassador.” It was so fast, so intense, so crazy, so beautiful, so challenging, so tough that I could barely manage to have feelings about the things that were happening to me. The same day that I was named ambassador between Venezuela and Argentina, the president of Argentina Mauricio Macri received me in his office. I was actually wearing the same t-shirt that I was wearing to work because we were in summer recess, so I wasn’t even appropriately dressed.

I suddenly had to meet with all the ambassadors and all the ministries of foreign affairs and the president and the media. The media drove me crazy. When presidents from other countries were coming to Argentina, they would invite me to their receptions. We have a big diaspora here, so Venezuelan people would recognize me on the street.

AR: Last year, I was scrolling through the news on my phone and there was a picture of President Guaidó on the front steps of the Venezuelan embassy in Buenos Aires, Argentina. So immediately I began to try to look in the crowd behind him to see if I saw your face, and realized you were standing right next to him. I almost fell out of my seat. What’s the story behind that picture?

ETG: President Guaidó is only a year younger than me. He carries in his shoulders the hope of almost 35 million people, the hope of so many broken families, the hope of so many widows, the hope of so many children. On the day of that picture, he was touring within Latin America, and I received a call from one of his representatives and he tells me, “We can be in Argentina within three hours.” I was like, “Wait, wait. Give me one second. Let me call the President and let me call the Minister of Foreign Affairs and ask them if this is okay,” because there’s so many protocols and so many things that had to do with a state official visit.

In three hours, we managed a meeting between President Guaidó and President Macri and a conference with more than 100 different media companies. We managed a dinner with legislators and the Minister of Foreign Affairs, and the most important part, we managed a meeting of President Guaidó with the Venezuelan diaspora in Argentina. Almost 6,000 people showed up there in a matter of two hours. It was an amazing day for everyone who was there, including him. And it was an amazing day for me because I personally met the leader who’s embodying the freedom of Venezuela. I have always thought that we shouldn’t follow leaders, we should follow ideas, because people can let us down in any moment. But seeing how qualified, how humble, how intelligent, how strategic, and how empathetic he was, it was amazing.

AR: A year and a half later, what is your role today? There were elections in Argentina that ushered in a new administration that took a different view of Venezuela, which I am assuming has not made your job any easier. However, you still enjoy the full support of the United States of America and its government, is that correct?

ETG: In the U.S., I’m very grateful for the bipartisan support they have given us and also of so many other countries around the world. In Argentina, it hasn’t been an easy change. I still keep trying to be in touch with Argentinian government. I’m still the representative of the Congress of Venezuela in Argentina and therefore the media comes to me when it’s about Venezuela. I still keep in touch with all the ambassadors of the countries that recognize us. I still need to alert international organizations about what’s happening in Venezuela.

Now, we’re living in such a hard situation with COVID-19. We have had a lockdown of more than 110 days in Argentina and so many people have lost their jobs, so many people have nothing to eat. So many Venezuelans are trapped in Argentina and are not able to go back to Venezuela. They come to me because unfortunately, the embassy that’s in the hands of Maduro doesn’t even reply their messages. We have put together some food kits or like aid kits to give to people that don’t have anything to eat. And now we’re trying to put together some winter clothes because the winter is coming in Argentina and we Venezuelans, we don’t have winter in Venezuela, so people don’t come here with the clothes necessary to deal with the low temperatures. It’s been a huge challenge with all these things in the lockdown, working from home—we have many volunteers but few resources.

In Venezuela, we’re dealing with a new kind of dictatorship. They are not only involved in human rights violations, but they’re involved in terrorism and in drug trafficking, so it’s a lot to deal with. It’s not easy. Unfortunately, people are getting imprisoned, getting killed, getting arrested, but we are going to keep doing this for as long as it’s needed. We all have to understand that this is not about politics. This is not about ideology. This is about humanitarian aid and if we don’t act now, the lives of thousands and probably millions of people are in danger.

This interview has been edited and condensed.