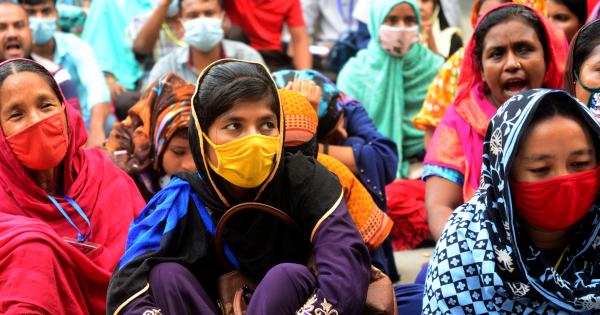 “Something that works for 2,000 people in a pilot study doesn’t necessarily scale up to work for 200,000. Complexities appear. New problems arise. I realized scaling itself needed to be a subject of rigorous research. ”

Q: How do you describe the long-term focus of your work?

I’m a development economist. I work to understand why some countries are poor and others are rich, and what we can do about the deprivation that comes with poverty. I focus particularly on the challenge of encouraging adoption of technically effective solutions—insurance to manage risk, cleaner stoves to address respiratory illness, toilets to address diarrheal diseases.

When we try to market these solutions, often people are unwilling to adopt something new and different. As social scientists, we’re trying to understand why is it so difficult to change people’s behavior even for things that are apparently beneficial and sensible. If we better understand what constraints people are under, we’re able to design policies to address those constraints.

Q: What led you to launch the Yale Research Initiative on Innovation and Scale (Y-RISE)?

It was a natural progression. Once we design a solution that works in a randomized control trial, we want to implement it at scale to have a positive effect on more people’s lives. But it turns out that something that works for 2,000 people in a pilot study doesn’t necessarily scale up to work for 200,000. Complexities appear. New problems arise.

I realized scaling itself needed to be a subject of rigorous research. That led to Y-RISE. We’re addressing a gap in the research and hopefully charting a constructive path forward that makes best use of the existing research methods and combines it with some novel techniques in order to navigate the complexities that arise at scale.

Q: How did you come to this work?

I can trace a great deal of my research back to things I encountered growing up in Bangladesh. Obviously, at the time I didn’t have the skills to conduct research, but exposure to the problems shaped my thinking.

For example, the country didn’t produce enough electricity. We would lose power for a few hours a day, especially during peak demand periods. Around eighth grade, I spent a summer in Chittagong, a city in the southeast. It was extremely hot—100 degrees Fahrenheit and 100% humidity. The number and frequency of outages that summer was just crazy. We couldn’t afford air conditioners anyway, but no electricity also meant no fans. I just stayed in swimming trunks because the only way to cool off was to go under the shower periodically.

That led me to question why the electricity situation was so bad in that city. I learned it is the only part of the country that is hilly enough to have hydropower. To generate hydropower, you need slope and you need water flow. Because of a drought, the hydropower generation was very low that year, which is why the problem was so extreme.

Many years later, I returned to questions about electrification and the basic mechanics of hydropower to design a study in Brazil. I’m working on another project on electrification in Sierra Leone.

I also remember reading newspaper articles about seasonal hunger among agricultural workers, and this became a subject of a body of research I have been working on, 20 years later. And I did a 10th-grade social studies project on the downstream impacts of damming a river that crosses jurisdictional boundaries from Nepal to India to Bangladesh. I returned to those problems too, once I had the training to work on them systematically.

Q: When did you decide economics was the discipline that interested you?

When I was 13 years old, I went to a boarding school in India. It was life changing. I took my first economics class there. Early on, I was attracted to the sciences because I really liked the rigorous structure and mathematics-based approach to solving problems. But the questions you answer in a lab are too abstract for me. When I was introduced to economics, I realized that economics applies similar structures to social problems that I found more interesting to think about.

Attending that school was important for two additional reasons. First, in Bangladesh, all of the subjects were taught in Bengali. I had very limited exposure to English. In India, the medium of instruction was English. That allowed me to learn a language in high school which turned to be very important for effective communication in my chosen field.

Second, I think there is some deficiency in the education system in Bangladesh. The country is rich in terms of human talent, but the curriculum is focused on rote learning and memorization. It isn’t conducive to thinking, analyzing, and questioning. One outcome of that: I’m one of the only Bangladeshi professors at Yale, whereas there are Indian professors across all departments at Yale.

Q: You’ve been working with the government in Bangladesh during the pandemic. What lessons have you learned?

“COVID was the impetus for a deep connection with the government of Bangladesh, but we need to make it permanent so that we can do better evidence-based policy making, not only in response to crisis but in any given year.”

I’ve learned there’s an immense reservoir of talent in Bangladesh—people working in public health, engineering, IT, and many other disciplines. They have come together to solve problems emerging from this crisis. We weren’t taking advantage of that talent because those connections hadn’t formed, but they have now.

I now sit on the National Data Analytics Taskforce, which was convened by one of the ministers in Bangladesh. We’re sharing data and analytical outputs back and forth, and the lines of communication between research and policy are now much more open than they used to be.

COVID was the impetus for this deeper connection with the government, but we need to make these links permanent so that we can improve evidence-based policy making through rigorous research, not only in response to this crisis but also in any other year.

Q: How has the emergence of the pandemic changed the focus of your work?

COVID completely shifted everything Y-RISE is doing. In March we abruptly halted our regular in-person data collection. But we realized that the data collection infrastructure we had built could be useful in the countries where we work to track the prevalence of, and effects of COVID. This is because many of these countries were not going to have enough testing infrastructure to rely on COVID testing data to make decisions. Everyone was flying blind.

We repurposed our infrastructure to conduct phone-based surveys. We adapted an algorithm composed of a few questions on COVID symptoms from the Yale Global Health Initiative and ran it in Bangladesh. That started to provide data on the prevalence of COVID.

Since we were making all these phone calls, we started using some of them to spread accurate information about COVID, and we tried providing people some incentives to pass on messages to their friends and neighbors. We also started tracking the economic dimensions of the crisis. The government wanted us to help figure out how to target financial support. By that point we were collecting data all over the country.

At the same time, we’re doing similar work in Nepal and Sierra Leone. The World Bank and the Inter-American Development Bank have started using very similar data collection instruments in other countries.

And, at the request of the WHO’s chief scientist, we’re working with Stanford Medical School on a study on the effects of masks on COVID transmission. People continue to claim that even the experts don’t have consensus on whether people should be wearing masks or not. That’s largely false, but the reason people can get away with saying it is that there is no single large-scale randomized control trial that really nails the question. So we are implementing this study among 350,000 households in Bangladesh, distributing 1.5 million masks in the process.

Those initial efforts to do some data collection led to this string of bigger projects. I don’t think I’ve ever been this busy in my life.

Q: Looking broadly, do you see opportunities coming out of this?

I think COVID made it much more salient that things can change in an instant. We had not fully internalized how global-scale crises can get real very quickly. For many people, climate change is something in the distance that scientists talk about and it may or may not happen. Hopefully, there’s been a change in our mindset such that we actually take on the serious job of tackling some of the crises that we will be facing.

Q: What are the critical steps required for that to happen?

The large-scale investments in changes can only happen if the governments of the largest economies of the world get together to make it happen.

It will require collaboration among countries and across developed and developing regions. But, even before collaboration, it requires each individual government to recognize the problems as real and serious. Hopefully that will happen, because after this crisis citizens will be more likely to recognize these problems as real and serious, and will hold their governments accountable.