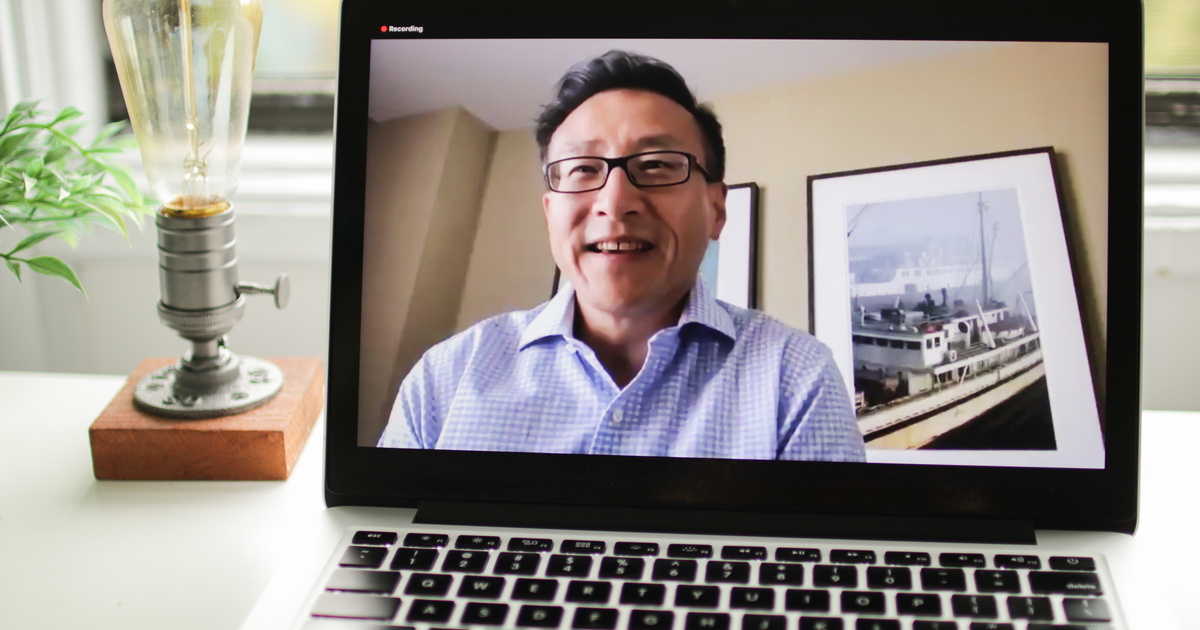 On September 10, Tsai CITY’s benefactor, Alibaba co-founder Joe Tsai (Yale B.A. ’86, J.D. ’90) joined us to discuss how students can use innovative thinking to create change. On September 15, Y Combinator partner and CEO Michael Seibel (Yale B.A. ’05) shared insights on his path, today’s entrepreneurship landscape, and more. While the two talks had different focuses, the speakers each discussed a number of topics of particular relevance to our community of student innovators. Here are three themes we heard.

Before diving into solutions, it’s essential to really understand the problem.

Near the start of his conversation, Joe Tsai discussed the origin of Tsai CITY, and how he and Yale leaders had arrived at the decision to launch not a center for innovation, nor a center for entrepreneurship, but a center for innovative thinking. To Tsai, this verbal distinction emphasizes the process behind innovation — a process that starts with understanding and solving problems, regardless of the form your solution ultimately takes. “Social scientists, economists, English majors, historians, people from all walks of life and from all disciplines are facing problems,” he explained, noting that the entrepreneurial mindset often associated with science and technology is in fact essential across all fields. “Let’s focus the effort on problem solving….The process of thinking through problems, rather than the idea itself, is really the emphasis.”

In his talk the following week, Michael Seibel echoed this emphasis on putting the problem first. When asked about common mistakes he sees founders make, Seibel quickly replied, “There’s one thing I like to say, which is that a lot of early-stage founders will hold the problem really loosely and hold the solution really tight.” He explained that this leads to a common pitfall: with little knowledge of a problem’s complexities or how others have previously attempted to tackle them, founders will come up with a solution and assume that their approach is the right one — sometimes holding on to this solution despite evidence that it’s not effective. “The right way of thinking about this,” Seibel explained, “is to hold the problem tight and the solution loose,” being willing to shed ideas that aren’t working and to base each new iteration in a thorough understanding of the problem.

Your motivation should stem from more than just status or making money.

Both Seibel and Tsai argued that although entrepreneurship can be a path to profit, the pursuit of profit should not be the sole purpose of starting a venture. Tsai discussed this from an organizational perspective: pushing back against the idea that for-profit and mission-driven entrepreneurship were mutually exclusive, he noted that the best entrepreneurs try to solve customers’ problems. In order to succeed, any organization must create real value for its stakeholders. “If you solve problems of society, you’re going to create value, and then you can decide if you want to take a slice of that value for the company,” he explained, pointing out that whether you decide to structure an organization as a for-profit company or a nonprofit, your work should be driven by a mission to create value.

Seibel touched on this theme from a different angle, reminding the audience that most ventures fail. In order for an entrepreneur to navigate a path in which talent and effort don’t guarantee success and in which obstacles are a constant, he said, they need to really care about the work. “[Entrepreneurship] is not the new cool thing,” he said, summarizing the advice he often gives to people interested in the startup world. When people are drawn to the idea of working for a startup but balk at the hard work this involves, he noted, it’s often due to a mismatch in expectations: “Either they chose a problem they didn’t really care about, or they’re doing the startup as a career stepping stone.” Strategies that work well in other careers, he argued, don’t apply to entrepreneurship — so strong internal motivation is key to sustaining your work.

Building the right team is critical.

Bringing perspective from the thousands of startup applications and pitches he’s seen while at Y Combinator, Seibel pointed out that entirely original ideas are rare: most ideas have been tried before in some form. What can make the difference between similar ideas, he said, is how equipped a team is to execute on that idea. If you have a concept for a software product, for example, you should ensure that your team has the technical capacity to actually build that product. Along similar lines, he emphasized that hiring the right people is a key skill for founders, one that’s often harder to learn than it first appears.

Drawing from his experiences, including the early years of building Alibaba, Tsai also underlined the importance of developing effective teams. This begins, he noted, with fostering a culture of diversity and inclusion. “The foundation of excellence is diversity,” he said, discussing the value of learning from a wide range of perspectives, skill sets, and experiences. He also highlighted the importance of emotional intelligence for leaders, and the need to trust others to step into key roles as a company or organization scales. Founding team members only limit an organization’s ability to grow when they try to maintain control of everything, he pointed out. With that in mind, investing in a diverse team — empowering team members through training, mentoring, and trust — is one of the smartest decisions a leader can make.

Ready to start solving a problem you’re passionate about, or to explore the skills and mindsets of innovative thinking? Explore Tsai CITY’s offerings, from programs to mentoring and funding.