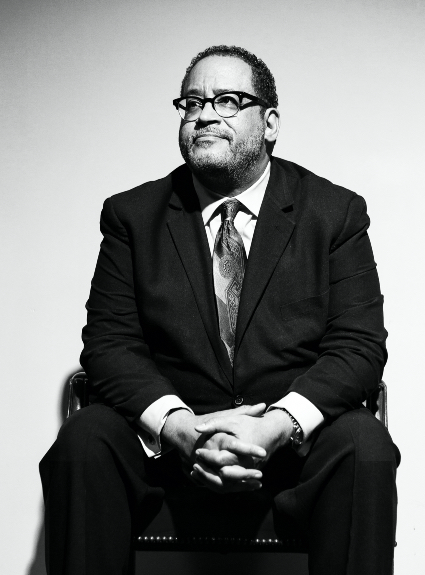 Currently a professor of sociology at Georgetown University in Washington, D.C., Dyson also is a prominent commentator across several national media outlets and a contributing opinion writer at The New York Times. In addition, he serves as contributing editor at The New Republic and The Undefeated, a website from ESPN.

“I look forward to joining the vibrant and collaborative Vanderbilt community at a pivotal time when—as scholars and engaged citizens—we can make a significant impact on the future of our nation,” Dyson said.

Vanderbilt chancellor Daniel Diermeier said the university is fortunate to be in a position to attract new faculty members such as Dyson. “He is a vital and inspiring addition to our community, a scholar with a proven ability to empower students and transform lives through dialogue, analysis and new modes of inquiry,” Diermeier said. “These characteristics lie at the very core of our academic mission.”

Dyson’s extensive scholarship has spanned a wide range of topics including race, religion, politics, hip-hop, popular culture and contemporary issues in the African American community. He is a noted author of more than 20 books, including the forthcoming Long Time Coming: Reckoning with Race in America and the 2017 bestseller Tears We Cannot Stop: A Sermon to White America. In addition, he has received two NAACP Image Awards and an American Book Award, the latter of which he received for the 2007 title Come Hell or High Water: Hurricane Katrina and the Color of Disaster. Dyson’s other publications have explored a range of iconic American figures and themes, from the politics of race during the Obama presidency to the legacy of rapper Tupac Shakur among African American youth.

“The breadth of Michael Eric Dyson’s scholarship is testament to how his approach to learning and discovery truly crosses disciplines,” said Susan R. Wente, provost, vice chancellor for academic affairs and holder of a Cornelius Vanderbilt Chair. “Welcoming his expansive mindset to our One Vanderbilt culture will expand our work together, and across academic departments, to make the broadest possible impact.”

A native of Detroit, Dyson earned a Ph.D. in religion from Princeton University. Throughout his career, he has held teaching positions at the University of Pennsylvania, Brown University, the Chicago Theological Seminary and the University of North Carolina at Chapel Hill, among others.

“Through his theological background, award-winning books and active participation in the current media landscape, Michael Eric Dyson has influenced countless Americans,” said John Geer, the Ginny and Conner Searcy Dean of the College of Arts and Science. “His coming to Vanderbilt means that our students will be able to engage with, and take cues from, a true visionary—and at a moment when his insight is more resonant than ever before.”

As an ordained Baptist minister, Dyson also holds a long-standing interest in theology. Emilie Townes, dean of the Vanderbilt Divinity School, said that this part of his background grants him a “unique and holistic approach to questions of spirituality, individuality and social justice in the modern era.”