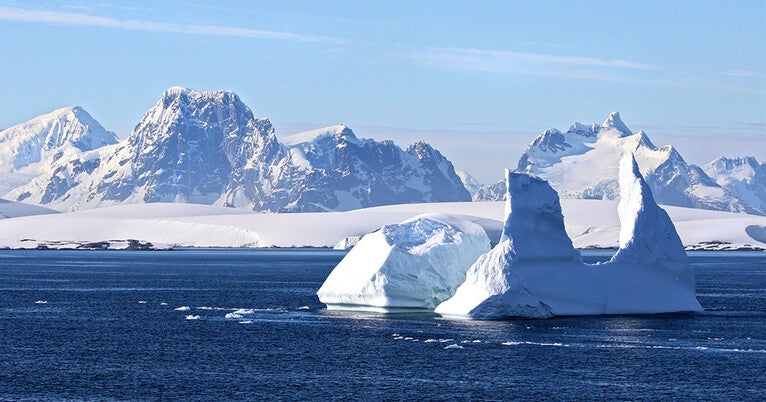 Temperatures at Earth’s highest latitudes were nearly as warm after Antarctica’s polar ice sheets developed as they were prior to glaciation, according to a new study led by Yale University. The finding upends most scientists’ basic understanding of how ice and climate develop over long stretches of time.

The study, based on a reconstruction of global surface temperatures, gives researchers a better understanding of a key moment in Earth’s climate history — when it transitioned from a “greenhouse” state to an “icehouse” state. The study appears in the journal Proceedings of the National Academy of Sciences the week of Sept. 28.

“This work fills in an important, largely unwritten chapter in Earth’s surface temperature history,” said Pincelli Hull, assistant professor of earth and planetary studies at Yale, and senior author of the study.

Although there has been much scientific focus on the development of Antarctic glaciation, there have been relatively few sea surface temperature records for the Oligocene period.

The result was a reconstruction of how surface temperatures evolved at a key moment in Earth’s climate history, as it transitioned from a greenhouse state to an icehouse state with Antarctic glaciation.

“Our analysis revealed that Oligocene ‘icehouse’ surface temperatures were almost as warm as those of the late Eocene ‘greenhouse’ climate,” O’Brien said.

“This challenges our basic understanding of how the climate works, as well as the relationship between climate and ice volume through time,” O’Brien said.