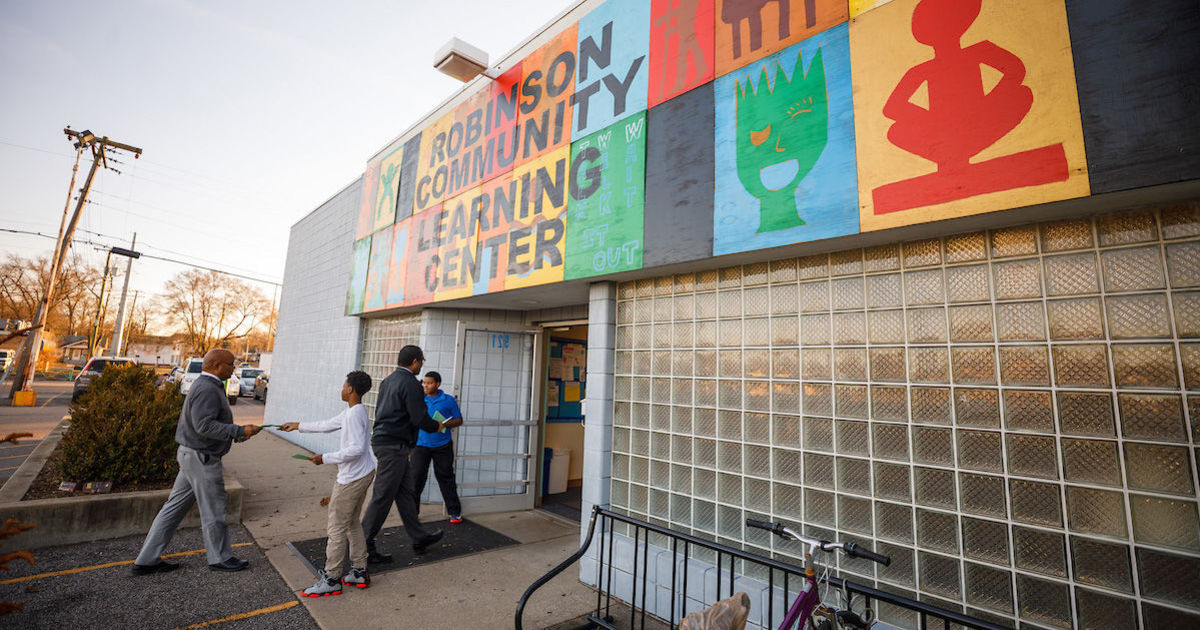 Demolition of the former Robinson Community Learning Center (RCLC) building will begin Tuesday (Oct. 6), paving the way for additional development of the Eddy Street Commons area south of the University of Notre Dame.

“It is with mixed emotions that we say goodbye to the old Robinson Community Learning Center, the backdrop to so many wonderful moments and the basis of so many important relationships these past two decades,” said Jennifer Knapp Beudert, manager of the RCLC. “At the same time, we look forward to further development of the area, and to a bright future for the new RCLC.”

An off-campus educational initiative of Notre Dame, the RCLC opened in a portion of the former Aldi/Goodwill space at Howard and Eddy streets in 2001. It recently relocated to a new and expanded building across the street.

Notre Dame Surplus is on North Ironwood Drive now, near the William J. Shaw Center for Children and Families in South Bend. QuarkNet, a program of the National Science Foundation and Department of Energy that supports science education, is in the Reyniers Life Building on the north side of campus.

In its original location, the RCLC served a combined 22,650 children, adults and seniors with programs including language, literacy and youth entrepreneurship classes; after-school tutoring; clubs and events for seniors; Lego robotics; the Robinson Shakespeare Company; and Take Ten, a conflict resolution program for area youth.

Not including staff, about 28,000 people, including 4,750 volunteers and 250 AmeriCorps members, have been involved with the RCLC since it opened, equal to about one quarter of the total population of South Bend.

Plans for the old RCLC and surrounding properties have not been finalized, but include a mix of housing and commercial uses. The area is bounded by Howard Street, Frances Street, Eddy Street, Corby Boulevard and South Bend Avenue.

Across the street, work on hundreds of new graduate student and market-rate apartments and townhomes is nearing completion.

Eddy Street Commons is a collaboration among Notre Dame and Kite, with support from the city of South Bend. The mixed-use development features apartments, shops, restaurants, offices and hotels along Eddy from Angela Boulevard to Howard Street.

More about the new RCLC can be found here.