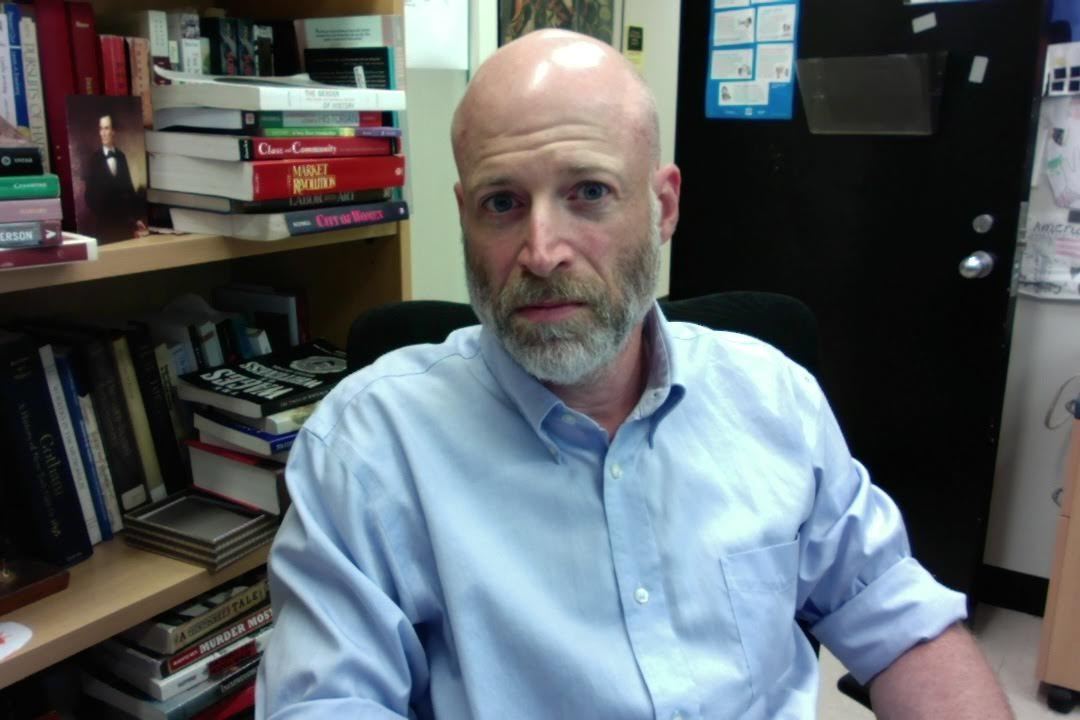 “I am large, I contain multitudes,” wrote Walt Whitman in Song of Myself, one of the many poems found in his renowned Leaves of Grass. Whitman’s multitudes have been studied for generations by scholars nationwide, including Southern Illinois University Edwardsville’s Jason Stacy, PhD.

In his most recent scholarly endeavor, Stacy is joining the University of Nebraska-Lincoln’s (UNL) Walt Whitman Archive as an editor contributing to UNL’s three-year, $250,000 National Endowment for the Humanities (NEH) grant-funded initiative, entitled “Walt Whitman’s Journalism: Finding the Poet in the Brooklyn Daily Times.”

Stacy and fellow researchers will uncover more of the late poet’s work, by exploring Whitman’s employment at the Brooklyn Daily Times from 1856-1859. Due to the obscurity surrounding Whitman’s career with the Times, the team has decided to utilize computational linguistics to identify his writings and provide clarification on what his work entailed.

“Whitman’s articles from the Brooklyn Daily Times form an important backdrop to Whitman’s changing ideas about sexuality and the American republic in the three years before the Civil War,” said Stacy, professor in the Department of History. “We hope that identifying these editorials and editing them for online publication will further scholars’ work on Whitman’s significant third edition of Leaves of Grass and his evolving understanding of the American republic.”

Through this work, contributors hope to settle the debates surrounding when Whitman began and ended his work for the Times, while determining what topics were of special interest to him during such a significant time period. With Stacy’s assistance, the grant team will publish the entirety of Whitman’s identified Times editorials online, in addition to providing a framework for other projects seeking to attribute authorship to anonymous periodical materials.

“Since my graduate work, I’ve been interested in Whitman’s journalism as a way to understand the unusual structure and style of his poetry,” Stacy explained. “My first book concentrated on the ways in which Whitman’s work as a journalist shaped his first edition of Leaves of Grass.”

Stacy later published an annotated version of Whitman’s third edition of Leaves of Grass in 2009. The work’s third edition is considered significant among scholars due to Whitman’s emerging interests in phrenology, sexuality, and the United States during the growing divisions in the years leading up to the American Civil War.

In 2012, the Walt Whitman Archive first scouted Stacy to participate in an NEH Grant entitled “Walt Whitman Before Leaves of Grass.” During the grant period, Stacy and his research assistants edited, annotated and encoded key series from Whitman’s journalism career to be published in the Archive. Since then, Stacy has continued his work with the Archive to edit and publish Whitman’s editorials from the New York Aurora, where he served as editor in the spring of 1842.

Photo: SIUE’s Jason Stacy, PhD, professor in the College of Arts and Sciences’ Department of History.