Scientist Drew Weissman’s research is the basis for several vaccines being developed to fight the pandemic. 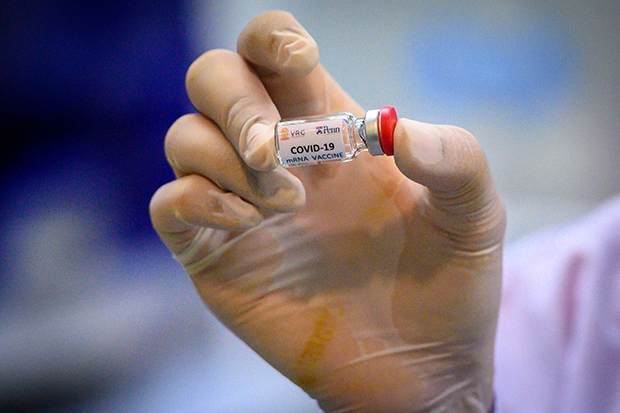 It is no exaggeration to say that Drew Weissman ’81, MS ’81, is among a handful of scientists whose research may save the world from COVID-19.

Almost 23 years ago, Weissman began studying how messenger RNA (mRNA) inside cells could be used to create vaccines.

Now his findings and the system he developed for delivering mRNA into cells underpin two of the most promising candidates for a coronavirus vaccine, one being developed by Pfizer and BioNTech and the other by Moderna. 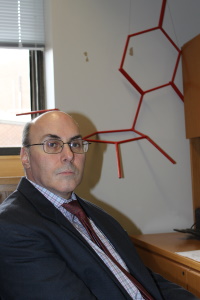 Both companies have reported substantial progress in recent months. Weissman believes either will have a vaccine on the market by early next year, though making it widely available to the public will take longer.

Weissman, a professor of medicine at the Perelman School of Medicine at the University of Pennsylvania, is also working with the government of Thailand on a COVID-19 vaccine for the developing world. It is expected to be more affordable and easier-to-produce than the vaccines being created by drug companies.

“I’ve been working on RNA my entire career,” the unassuming Weissman said. “It’s what I’m good at, what I find enjoyment in.”

“He definitely gave me insights on how to develop hypotheses – how to think about them, how to develop new lines of research,” said Weissman, who wrote his master’s thesis on acetylation of DNA, part of the process of gene regulation.

Weissman received his PhD from Boston University. When he arrived at Penn in 1997, he began collaborating with biochemist Katalin Karikó on using mRNA as the basis for a vaccine.

Messenger molecules, mRNA transport instructions from DNA to the ribosomes in our cells for the production of proteins.

In a vaccine, these molecules are synthesized and custom designed to get cells to produce proteins associated with a selected virus. The proteins trick the immune system into thinking the body is infected with the virus. In response, cells produce antibodies to create at least partial immunity.

In a traditional chickenpox, polio, flu or rabies vaccine, a weakened or killed version of the virus is injected, fooling the immune system into fighting the disease.

But manufacturing a virus is a lot more expensive than synthesizing mRNA. And it isn’t necessary to create an entirely new vaccine for each disease using mRNA since the mRNA can be reprogrammed to fight the target illness.

The early days of Weissman and Karikó’s research were tough going. When they and other scientists injected mRNA into mice, it caused deadly inflammation.

Many researchers gave up on mRNA, but Weissman and Karikó persisted. “We were getting interesting results, so they just kept leading us on,” Weissman said.

In the mid-2000s, Weissman and Karikó announced they’d discovered a way to modify mRNA so it didn’t cause inflammation. It was a seemingly simple fix though it took years of painstaking research.

Several years later, Weissman devised a method of packaging mRNA inside a lipid nanoparticle — a small bubble of oil — so that the molecule didn’t fall apart as it traveled through the body. “We basically tested every possible delivery system and found this was the best,” Weissman said.

In the late 2010s came several more major breakthroughs. The researchers used mRNA to immunize mice against genital herpes (which is caused by the herpes simplex virus), influenza, Zika and HIV.

Even though an mRNA-based vaccine has never been developed for humans, Weissman believes the current ones in development for COVID-19 will work because it’s a much simpler virus than many others. “Coronavirus is a lot easier to make a vaccine against than HIV,” he said.

If it works, a COVID-19 mRNA vaccine will spur human cells to produce the spike-shaped protein found on SARS-CoV-2, the virus that causes the illness, and will trigger the immune system to produce protective antibodies.

Weissman laments the way politics has interfered with the country’s response to COVID-19 and the vaccine’s development. “That’s just not how science is supposed to work,” he said.

Weissman is now focusing on an even more ambitious project — developing a vaccine for all coronaviruses. Besides SARS-CoV-2, two other lethal varieties of coronavirus — SARS and MERS — have spread among humans in recent years.

“You have to assume we’re going to have more,” Weissman said, “so instead of shutting down the world for a year while you make a new vaccine, we’ll have a vaccine ready to go.”