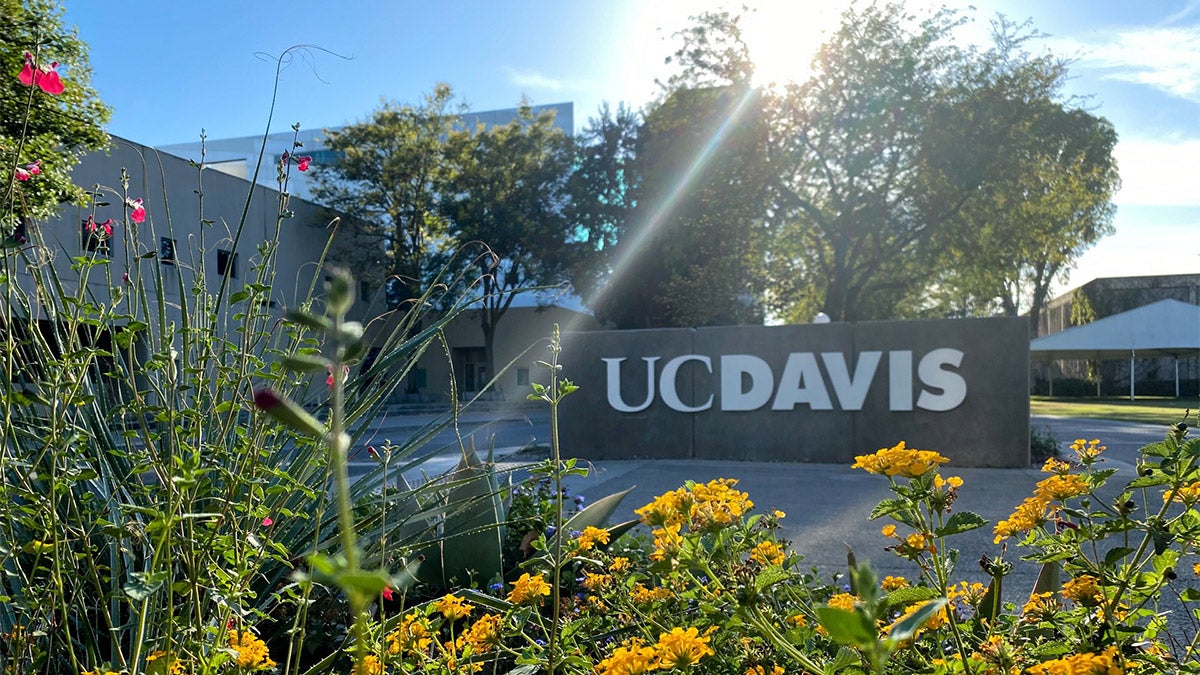 It reads “UC Davis” and screams photo-op, exactly as intended! Perfect for new and graduating students and everyone in between.

The recently installed sign with the UC Davis wordmark marks the boundary between the university and the city of Davis, at Third and A streets.

“I can’t tell you how often I hear that there are not enough photo opportunities for students on campus — especially during graduation season,” said Christina De Martini Reyes, the campus landscape architect who designed the sign. “It also helps mark where campus begins on that town/gown edge on a prominent, newly improved city street.”

She said more improvements are planned for the area in the long term, but said she wanted to get something installed that would be beneficial to students now.

What’s it like to be a DACA medical student?

Edgar Velázquez has taken an unconventional route to medical school. His story begins in Mexico, where a ruined economy forced his parents to flee their beloved colonial hometown and move to the United States, leaving their children behind. As a preteen, he crossed the border in a heart-pounding effort to reunite with his parents in San Francisco where nine family members lived in a tiny apartment. He started high school unable to speak English. In college, he financed his undergraduate education by washing dishes late at night in restaurant kitchens.

He is now in his second year at the UC Davis School of Medicine, determined to become a primary care physician.

But despite making it this far, he faces one more obstacle, and it’s unrelated to the rigors of school: Velázquez is among at least 650,000 young undocumented immigrants known as DACA recipients who have temporary protected legal status until officials in Washington, D.C., decide the fate of the politically controversial program, Deferred Action for Childhood Arrivals.

Learn more about him in the above video and in this article.