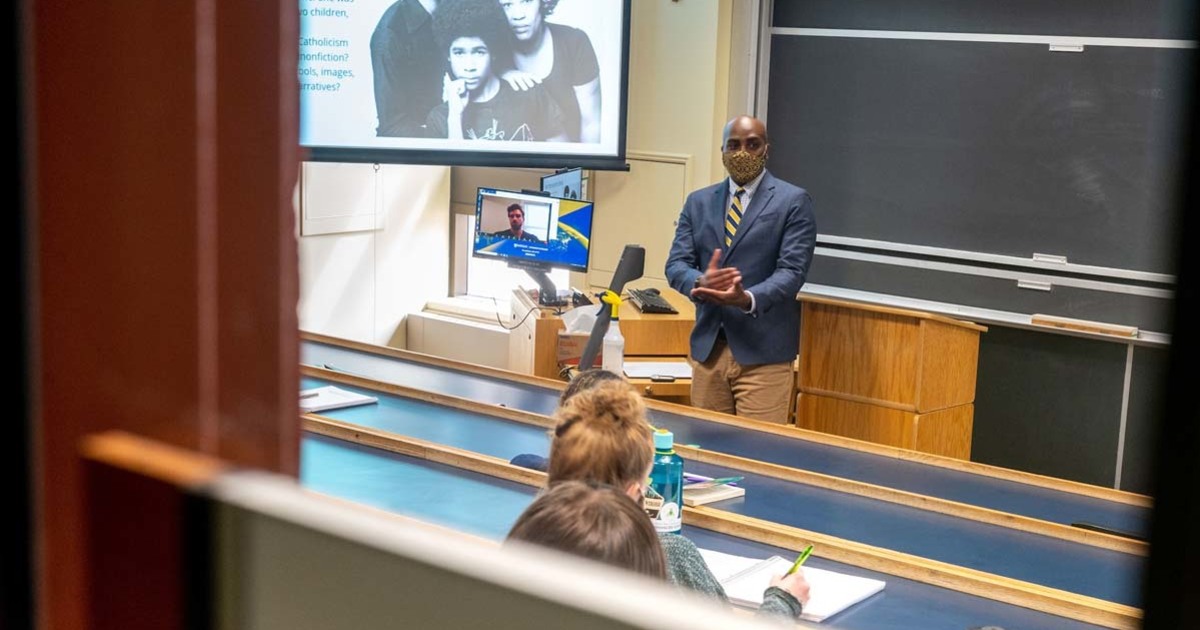 Teaching English at Oakland High in the late 1990s, Ernest Morrell faced the age-old problem of how to get modern students interested in a canon of long-dead writers and poets.

“I just got tired of teaching the regular way that I was supposed to — it did not seem all that enticing or effective,” said Morrell, now the director of the Notre Dame Center for Literacy Education. “I think, more than being innovative, I was a pragmatist and realized if I wanted to get kids looking at me and not at the top of the desk, I had to do something different.”

So Morrell and a colleague, who were both pursuing a higher degree, decided to introduce elements of pop culture such as rap songs into their classrooms as a way to engage the students with topics that kids know and care about. The goal was to start where they are and connect it to what they needed to learn, using hip-hop culture “as a bridge linking the seemingly vast span between the streets and the world of academics.”