Associate professor of politics Jill Greenlee and her colleagues looked at how the infamous video affected Republicans and women. 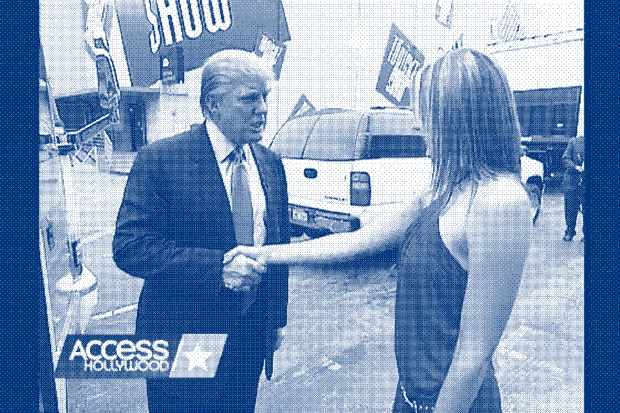 The 2016 release of the notorious Access Hollywood tape on which Donald Trump boasted of forcing himself on women hurt his presidential candidacy more among Republicans than Democrats, a new study has found.

But while party affiliation mattered in people’s response to Trump’s comments, gender did not. According to the research, the tape’s release had the same impact on men as on women. 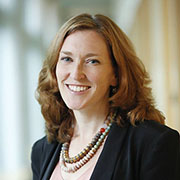 Associate professor of politics and women’s, gender and sexuality studies (WGS) Jill Greenlee and several colleagues reported the findings in the May online edition of Political Communication.

Jesse Rhodes, Elizabeth Sharrow and Tatishe Nteta, all at the University of Massachusetts Amherst, were coauthors.

While political scientists have developed theories about the impact of explicitly racist comments during political campaigns, they have not yet adapted that theoretical framework to study explicit sexism. In the study, Greenlee and her coauthors do just that.

The scholars said Trump’s comments on the Access Hollywood tape fit into the explicitly sexist category because they were characterized by “unambiguously predatory, stereotypical and misogynistic attitudes toward women.”

“Never before had the mass public been exposed to content in which a presidential candidate’s own words expressed such graphic, lewd and abusive language about women,” the authors wrote.

In contrast, implicit sexism in modern presidential campaigns features demeaning or dismissive comments toward specific women but not women in general.

To gauge public opinion about the Access Hollywood tape, the researchers relied on the 2016 Cooperative Congressional Election Study, a survey project of 64,600 American adults undertaken by a consortium of 39 universities.

That may not seem like much but Greenlee said it could have had an impact in an election where Trump lost the popular vote to Hillary Clinton and won a narrow victory in the Electoral College.

“The popular vote loss might have been narrower for Trump or maybe wouldn’t have happened at all” if the Access Hollywood tape had never come to light, Greenlee said.

To some extent, the greater negative impact on Republicans was not surprising. As the authors explained, “Democratic partisans were already very unlikely to vote for Trump, so exposure to the tape had little influence on their support for the Republican nominee.”

But according to the researchers, the change in Republicans’ opinions also shows that even in today’s hyperpartisan and polarized political environment, candidates who violate widespread social norms through their words and actions can still cause some voters to withhold support for their party’s preferred candidate.

The journal article did not directly address why men and women responded similarly to the Access Hollywood tape.

Greenlee says other research has shown that some white women who voted for Donald themselves expressed high levels of sexism.

“In short, being a woman does not mean that you find sexist language problematic or disqualifying for a presidential candidate,” Greenlee said.