Before considering a company as a potential investment, smart investors will analyze a company’s financial statements and look at its taxes and other expenses alongside net income.

New research from the University of Notre Dame sheds light on the most effective methods to predict future tax outcomes, which simplifies the decision-making process for investors.

Effective tax rates (ETRs) are, in effect, a company’s tax expense divided by pretax income as reported on its financial statements. “Street” ETRs are created when, for one reason or another, analysts adjust the ETR reported under generally accepted accounting principles (GAAP). GAAP is the set of rules that companies follow when creating their financial statements — to provide consistency and comparability of financial information between different companies as well as the same company over time.

If analysts notice an unusual or infrequent item included in the financial statements, they might adjust the GAAP ETR to remove the item, resulting in a street ETR. For example, if the GAAP ETR includes a large settlement with the IRS, an analyst might remove that item because it is unusual and does not reflect the current performance of the company. 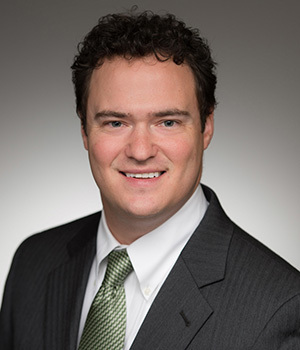 “Street vs. GAAP: Which Effective Tax Rate Is More Informative?” is forthcoming in Contemporary Accounting Research from Erik Beardsley, assistant professor of accountancy at Notre Dame’s Mendoza College of Business, along with Michael Mayberry at University of Florida and Sean McGuire at Texas A&M University.

“Taxes are a significant component of earnings, but the extent to which analysts understand and use tax information is not clear,” Beardsley said. “We find that they make adjustments to tax information in such a way that improves the informative nature of GAAP ETRs.”

The team first examined 2,221 analyst reports to determine the types of adjustments analysts make to create a street ETR. They found about one-third of street ETRs included a tax-specific adjustment, but surprisingly, more than 90 percent included the tax effects of pre-tax adjustments.

“Street earnings metrics such as street ETRs are becoming more and more common, but regulators like the SEC are concerned that non-GAAP metrics can be misleading to readers of financial statements,” Beardsley said. “Our study should be informative to regulators and users of financial statements because it provides evidence that street ETRs are useful.”