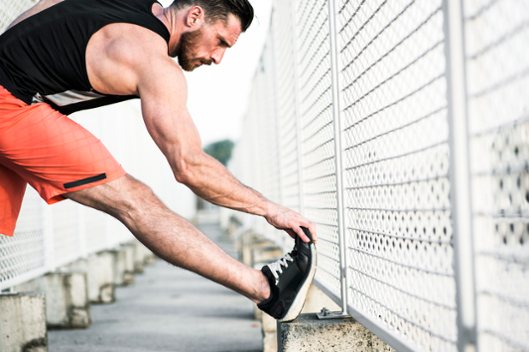 Many professional athletes experience a rupture of the Achilles tendon, but the injury does not necessarily mean an end to their careers, as many previously thought. Researchers from Emory University’s Department of Orthopedics have found that recovery of strength following surgical repair of an Achilles tendon rupture was associated with increased ability to return to pre-injury level of play among professional athletes, proving that there is hope after recovering from the serious injury.

“At Emory Sports Medicine Center, our goal is to find the most efficient and effective way to get you back to the activities you love, whether you are a weekend warrior or competitive athlete,” says Sameh Labib, MD, co-author of the study and associate professor of orthopedic surgery at Emory University School of Medicine. “With this finding, we now have proof that those high-level athletes who receive a successful surgical repair of an Achilles tendon rupture are able to return to pre-injury levels of participation.”

Both recreational and professional athletes are often concerned with their ability to return to their previous activities following treatment and recovery. The study found that at a mean of 1.8 years after surgical repair of the Achilles tendon, 31 percent of patients had returned to their previous preinjury level of play as determined by the Tegner Activity Level Scale, and 58 percent had returned to within 1 Tegner level of play. Athletes with a Tegner score of 7 or greater benefited even more from the surgical treatment.

These results suggest that patients with more strenuous athletic demands are more dependent on recovery of ankle strength in the postoperative time period in order to return to their previous high level of play, whereas regaining strength may be less important for returning to normal activities for less active patients.