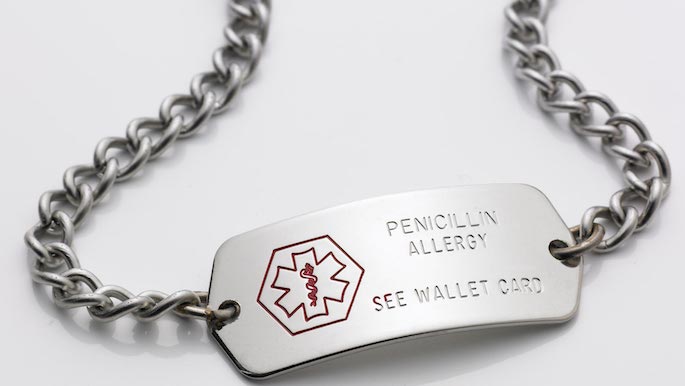 From an analysis of 505,823 research subjects, Elizabeth Phillips, MD, and colleagues report in the American Journal of Human Genetics that individuals of European descent who carried a specific genetic variant were 47% more likely to have a self-reported penicillin allergy.

This variant happens to fall within a gene called HLA-B, which is located in the most polymorphic region of the human genome, the major histocompatibility complex, where proteins essential for adaptive immune responses are encoded. Further analysis showed significant associations with variants in the gene PTPN22, where a missense variant (namely rs2476601) has been associated with autoimmune diseases such as rheumatoid arthritis.

Leveraging data for discovery and validation from multiple large databases, this genome-wide association study provides a springboard for examination of specific phenotypes of allergy predisposition that these variants might associate with, the underlying immune processes involved, and how these processes may change over the lifetime of a patient.

Data used in the study were from the Estonian Biobank, the UK Biobank, BioVU (the Vanderbilt University Medical Center biorepository) and the 23andMe research cohort.

Other Vanderbilt University Medical researchers on the study include Neil Zheng, Dan Roden, MD, and Wei-Qi Wei, MD, PhD. They were joined by more than 60 investigators from institutions in the U.S. and Europe. The study was funded in part by the National Institutes of Health (TR000445).