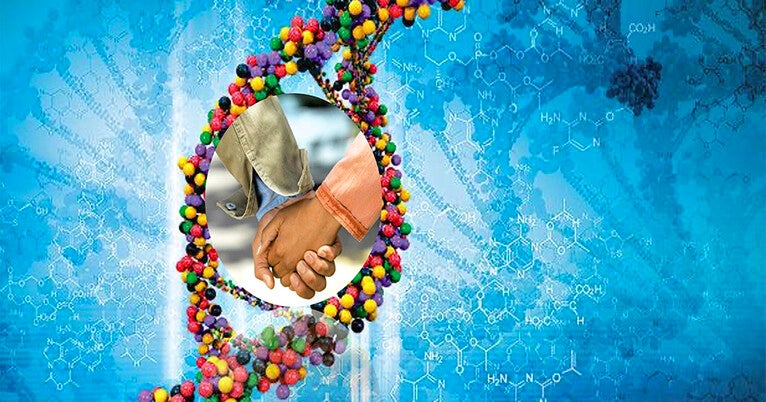 Researchers at Yale and elsewhere previously identified a host of genetic risk factors that help explain why some veterans are especially susceptible to the debilitating symptoms of post-traumatic stress disorder (PTSD).

A new Yale-led study published Sept. 30 in the journal Biological Psychiatry has now identified a social factor that can mitigate these genetic risks: the ability to form loving and trusting relationships with others.

The study is one of the first to explore the role of nurture as well as nature in its investigation of the biological basis of PTSD.

“We exist in a context. We are more than our genes,” said Yale’s Robert H. Pietrzak, associate professor of psychiatry and public health, and senior author of the study.

Pietrzak is also director of the Translational Psychiatric Epidemiology Laboratory of the U.S. Department of Veterans Affairs National Center for PTSD.

Like many genetic studies on mental disorders such as depression, anxiety, and schizophrenia, PTSD studies have revealed numerous genetic risk factors that contribute to the severity of the disorder. For instance, a previous study of more than 165,000 U.S. military veterans led by Yale’s Joel Gelernter, the Foundations Fund Professor of Psychiatry and professor of genetics and of neuroscience, found variants in eight separate regions of the genome that help predict who is most likely to experience the repeated disturbing memories and flashbacks that are hallmark symptoms of PTSD.

In the new study, Pietrzak, Gelernter, and colleagues looked at psychological as well as genetic data collected from the National Health and Resilience in Veterans Study, a national sample of U.S. military veterans supported by the National Center for PTSD. The researchers specifically focused on a measure of attachment style — the ability or inability to form meaningful relations with others — as a potential moderator of genetic risk for PTSD symptoms.

They found that the ability to form secure attachments essentially neutralized the collective effects of genetic risk for PTSD symptoms. The impact was particularly pronounced in a variant of the IGSF11 gene, which has been linked to synaptic plasticity or the ability of the brain to form new connections between brain cells.

Pietrzak noted that deficits in synaptic plasticity have also been linked to PTSD, depression, and anxiety, among other mental disorders. The findings illustrate the importance of integrating environmental and social as well as genetic factors in the study of PTSD and other mental disorders, the authors said.

“Social environmental factors are critical to informing risk for PTSD and should be considered as potential moderators of genetic effects,” he said. “The ability to form secure attachments is one of the strongest protective factors for PTSD and related disorders.”

The findings, which will help predict who is at greater risk of experiencing severe symptoms of PTSD, also suggest that psychological treatments targeting interpersonal relationships may help mitigate PTSD symptoms in veterans with elevated genetic risk for this disorder, he said.

Amanda Tamman, formerly of Yale and now a Ph.D. student in clinical psychology at St. John’s University, is first author of the paper.