More than 100 million infections of Zika virus within Central and South America and the Caribbean went undetected between 2015 and 2018, according to a new study.

The University of Notre Dame researchers who conducted the study, published in the Public Library of Science journal for Neglected Tropical Diseases, said the results show a need for improvements to current infectious disease surveillance systems. The study also provides insight into the potential severity of future outbreaks and the current state of herd immunity of Zika in the West. 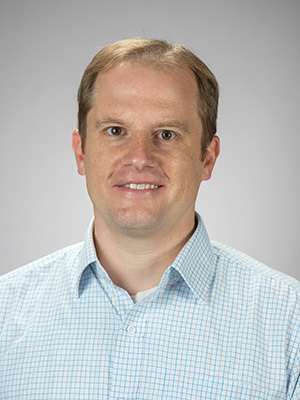 “Fewer than 1 percent of cases were actually reported and it shows our surveillance systems catch only a small percentage of actual infections,” said Sean Moore, research assistant professor in the Department of Biological Sciences at Notre Dame and lead author of the study. “We need to think about how to improve surveillance systems to get a better sense of transmission, especially in cases of diseases that yield a high number of asymptomatic infections.”

The first confirmed case of Zika in the Americas was reported in Brazil in 2015, with infection spreading rapidly, reaching as far north as Florida and Puerto Rico. In 2016 the World Health Organization (WHO) declared the epidemic a Public Health Emergency of International Concern.

The Pan American Health Organization, which serves as an international agency for the Americas and a regional office of the WHO, totaled symptomatic infections of Zika at more than 800,000 between 2015 and 2018 — a number far below the results of the Notre Dame study. Moore’s team estimated 132.3 million infections across Latin America and the Caribbean, having collected data from 15 countries and territories in South America, Central America and the Caribbean with a combined total population of 507.1 million.

“There are some similarities to the current situation with COVID-19,” Moore said. “Between 20 and 50 percent of Zika infections are asymptomatic. Even when symptoms are present, they tend to be mild, so if the infection is not severe enough for an individual to seek medical attention, those cases can go undiagnosed.”

Understanding the scope of underreporting is particularly important to gain an accurate sense of herd immunity in the region. Once infected, individuals who recover from Zika virus are believed to have lifelong immunity, Moore said. While cases have dropped substantially since 2018, a remaining concern is the potential for future outbreaks.

“Our research suggests a need for a better understanding of how much transmission is happening within a community,” said Moore. “The risk of congenital birth defects in pregnant women infected with Zika virus required a separate surveillance system — testing both the mother and the baby — to capture a more accurate indicator of underlying transmission. Without widescale testing and a comprehensive system like that, we can miss how large an outbreak is in the general population.”

A recent study co-authored by Moore and colleagues at Notre Dame found that gaps in surveillance and limited testing resulted in more than 100,000 coronavirus infections in the United States that went undetected in the early months of the pandemic.

Co-authors of the study include Alex Perkins, Rachel J. Oidtman, Amir S. Siraj and K. James Soda at Notre Dame; Christopher Barker at the University of California Davis and Robert C. Reiner Jr. at the Institute for Health Metrics and Evaluation.

The study was funded by the National Institutes of Health and the National Science Foundation with support from the Department of Defense’s Defense Advanced Research Projects Agency (DARPA). Moore and Perkins are both affiliates of Notre Dame’s Eck Institute for Global Health and the Environmental Change Initiative.