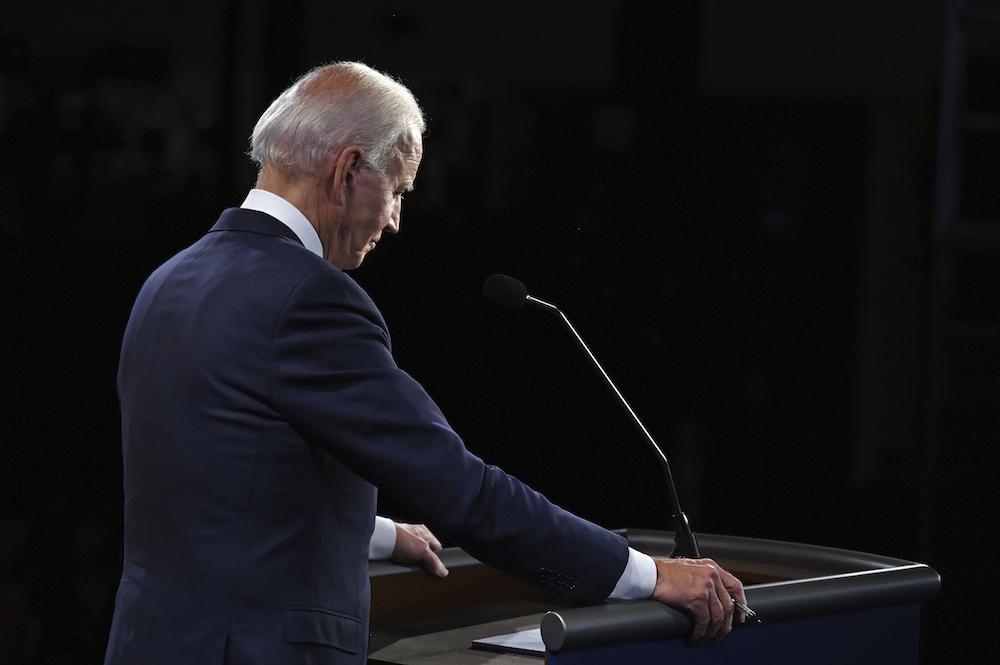 Call me an outlier, but I thought Trump’s alpha male strategy seriously limited Biden’s effectiveness last night. His heckling and constant interruptions clearly rattled Biden. They undercut Biden’s ability to offer a cogent narrative, and made Biden look decent but often weak, which was Trump’s intent. Biden also missed several easy slam dunks, of which more in a moment.

Because of Trump’s sheer crassness in turning a presidential debate into so much mud wrestling, a sport that Biden couldn’t win, Trump narrowly lost on points. But it was far from the knockout that it should have been based on the facts.

The Biden campaign should demand that Trump’s microphone be turned off when Biden has his two minutes to speak. The two debaters should be physically further apart, maybe separated by booths, so that Trump cannot yell insults off-mic.

These terms only operationalize rules that Trump agreed to, but did not abide by. If Trump won’t agree to them, Biden should not debate him again.

What I wish Biden had said:

On COVID: You put your incompetent son-in-law in charge, overruling the professionals at CDC, and you could not even manage the relatively easy task of getting test kits to everybody who needs one. Seven months later, tests are still in short supply, leading to the needless spread of infection and slowing the economic recovery.

On economic aid: Tens of millions of Americans are out of work. Businesses are closing. State and local governments are cutting services. Families are losing health insurance. There is legislation on the table to extend desperately needed relief, but you and Mitch McConnell keep blocking it.

On science: You don’t believe in science. You believe in magic. We will all pay the price in dirty air and water, worsening climate change, horrible fires, and needless COVID deaths.

On the Court: When Obama was president and nominated a moderate to the Supreme Court eight months before his term ended, your party would not even give Merrick Garland a hearing, much less a vote. Now, much later in your own term, you’ve moved the goalposts. This is sheer hypocrisy.

On narcissism: Everything you’ve said tonight, and for most of your presidency, is about you. This isn’t about you; it’s about ordinary people who are hurting. When have you displayed a shred of compassion for the everyday heroism of parents, teachers, health workers, people who’ve lost jobs?