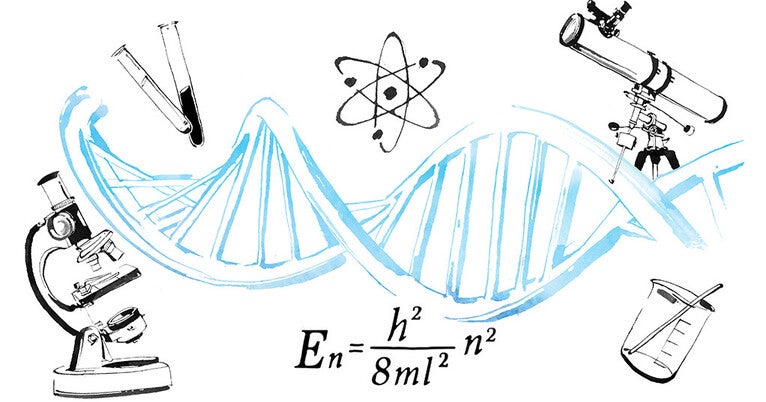 This month’s cache of Insights & Outcomes includes a map of the human retina, a menu of African savanna diets, and a much-deserved honor for a Yale chemist.

As always, you can find more science and medicine research news on YaleNews’ Science & Technology and Health & Medicine pages.

John C. Tully, Sterling Emeritus Professor of Chemistry and professor of physics and applied physics, is the winner of the 8th Ahmed Zewail Prize in Molecular Sciences. The prize, developed by the international journal Chemical Physical Letters and the scientific information publisher Elsevier, is awarded biennially to a scientist who has made “significant and creative contributions, particularly those of a fundamental nature, to any of the disciplines of molecular sciences.” Prize officials said Tully was chosen for his “development and insightful application of powerful theoretical tools to elucidate the motions of molecules undergoing bond-breaking, energy transfer, electronic transitions, and adsorption/desorption.”

Tully is known for the development of “surface hopping,” a technique for including quantum mechanical effects in simulations of molecular dynamics. He earned his B.S. degree at Yale in 1964, led groundbreaking research at Bell Laboratories for a quarter-century, and joined the Yale faculty in 1996. Tully is a fellow of the American Academy of Arts and Sciences and the John Simon Guggenheim Memorial Foundation, a member of the U.S. National Academy of Sciences and the Connecticut Academy of Science and Engineering, and a past winner of the Alexander von Humboldt Research Award, the Joseph O. Hirschfelder Prize in Theoretical Chemistry, and multiple awards from the American Chemical Society.

A balanced diet reigns in the savanna

African savannas are home to the last great populations of herbivores. However, beloved animals such as zebras, giraffes, and antelope that make their home there are threatened by human encroachment, severe droughts, predators, and disease. One additional factor that affects the survival of these species has not been comprehensively addressed: their diet. A comprehensive new study of herbivore populations in African savannas by Yale’s Carla Staver, associate professor of ecology and evolutionary biology, and Gareth Hempson, of the University of the Witwatersrand in South Africa, shows that animals that eat a variety of food types fare better than pickier eaters. Populations of mixed feeders such as impala, which eat both grass and shrubs, are higher than those of grazers like buffalos, which subsist almost exclusively on grass, and browsers such as giraffes, which depend upon a diet of trees and shrubs, the researchers found. Some species such as wildebeest, which migrate in search of food, have relatively high populations but are threatened by the reduction in protected areas along their migratory routes. “Generalists tend to win out in an ecosystem,” Staver said. The research was published Oct. 2 in the journal Science Advances.

An atlas of the human retina

Yale scientists have created the first single-cell transcriptomic atlas of the human retina. Using two independent RNA sequencing platforms, the researchers performed parallel, single-cell RNA sequencing of the retina. The findings, led by Brian Hafler, assistant professor of ophthalmology and visual science and of pathology, appeared in the journal Nature Communications. The research team included collaborators at Massachusetts Institute of Technology and Harvard. The discovery allows researchers and clinicians to localize the effects of macular degeneration risk genes to specific cell types. The research demonstrates the importance not only of cones — the cell type critical for central vision — but also glial and vascular support cells, which support healthy metabolism and tissues in disease pathogenesis. The researchers said they can now develop a genetic framework and novel target therapies to improve and restore vision.

As ocean surfaces across most of the planet continue to warm gradually, one region located in the subpolar North Atlantic — known as the North Atlantic Warming Hole (NAWH) — has not warmed. It may even be cooling slightly. The most frequently cited explanation contends that the Atlantic Meridional Overturning Circulation (AMOC), an oceanic conveyor belt that brings warm water north and sends cold water south, has slowed down. But a new study by Yale’s Alexey Fedorov, a professor of ocean and atmospheric sciences, and Shineng Hu of Columbia University says the true cause may come from the Indian Ocean. “We argue that the advanced warming of the Indian Ocean over the past 70 years or so can be to blame for the NAWH,” Fedorov said. A warmer Indian Ocean leads to more rain and a greater release of heat into the atmosphere due to water vapor condensation. This, in turn, leads to an atmospheric pattern that strengthens the Jet Stream over the North Atlantic Ocean — cooling the surface of the NAWH. Fedorov and Hu said a slower AMOC system may yet play a major role in the NAWH in the future. The study appears in the journal Nature Communications.

Prior to the global pandemic, Braddock’s lab was developing biologics targeting Neutrophile Extracellular Traps (NETs). NETs are produced by the immune system to trap and destroy pathogens and have shown beneficial effects in clinical environments. However, overwhelming and uncontrolled NET formation may cause blood vessel clots, organ damage, and ARDS. Recently, NETs have been implicated in the pathogenesis of severe COVID-19 infection. As part of the pathology COVID-19 research program, Braddock and his team are developing stable and bioavailable agents that efficiently degrade and/or prevent NETs. The researchers are evaluating the efficacy of their biologics on NET formation, blood clotting, organ ischemia, and death in mouse models.