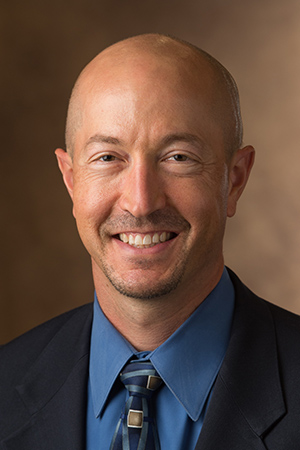 In support of his focus on the non-invasive assessment and possible detection of underlying coronary artery disease, the National Institutes of Health (NIH) is accelerating the research program of Southern Illinois University Edwardsville’s Jon Klingensmith, PhD, with a $433,376 award.

“Heart disease remains the leading cause of death in the United States,” noted Klingensmith, an assistant professor in the School of Engineering’s Department of Electrical and Computer Engineering (ECE), and head of ECE’s Biomedical Imaging Research Lab.

“Broadly, my research goals are to develop imaging-related technologies and algorithms to aid in the assessment of heart disease,” he explained. “More specifically, this project focuses on using 3D image analysis and deep learning to quantify the layer of cardiac fat around the heart with cardiac magnetic resonance imaging (MRI) and ultrasound. This layer of fat influences the development of coronary artery disease. Our long-term goal is to use non-invasive imaging to predict and characterize any underlying coronary artery disease based on imaging and measuring the cardiac fat.”

According to Klingensmith, a previous grant from the American Heart Association (AHA) allowed for the purchase of a specially-outfitted ultrasound system to conduct preliminary studies on whether spectral analysis of the raw ultrasound signals could differentiate cardiac fat from muscle.

“Our research areas are a perfect match,” said Fernandez del Valle, who also partnered with Klingensmith on the AHA funded initiative. “Our interdisciplinary collaboration has opened new opportunities of study at SIUE, including the use of cardiac MRI to quantify and map cardiac fat, development of ultrasound-based algorithms for identification of cardiac fat, and studies on the effects of high intensity exercise (aerobic versus strength exercise) in cardiac fat and visceral fat in women with obesity. These efforts would not be possible for either of us alone, and the interdisciplinary nature of our work allows us to pursue different ideas and funding that would not otherwise be possible.”

Klingensmith’s commitment as a teacher-scholar also opens mutually beneficial opportunities for SIUE undergraduate and graduate students. His work aligns with the NIH R15 program, which facilitates the training of new scientists to pursue careers in medical research. With this program, the research partners will be able to attract young, talented engineers involved in medical applications and problems as they move toward building their own careers.

A team of graduate students is supported by the NIH grant, including Michaela Kulasekara, Brad Bates and Colin Gibbons, all of whom are pursuing an advanced degree in electrical and computer engineering. In the Department of Applied Health, graduate student Alexa Agne is also a contributing member of the research team.

“I’ve always been interested in finding interdisciplinary applications of engineering, so I was thrilled to join Dr. Klingensmith’s research group as an undergraduate,” said Gibbons. “Working in the lab has been one of the most rewarding experiences of my academic career. The NIH grant has helped make it possible for me to continue this engaging and important research at the graduate level.”

“As a graduate assistant in the Biomedical Imaging Research Lab at SIUE, I am in a position that allows advancement of my skills as an engineer while also performing research and developing tools that can be used in the medical field to help others,” added Kulasekara.

“It’s hard to quantify the ability to pursue one’s dreams,” noted Bates. “Simply, I am thankful for such an amazing opportunity. This gifted research opportunity is met with gratitude.”