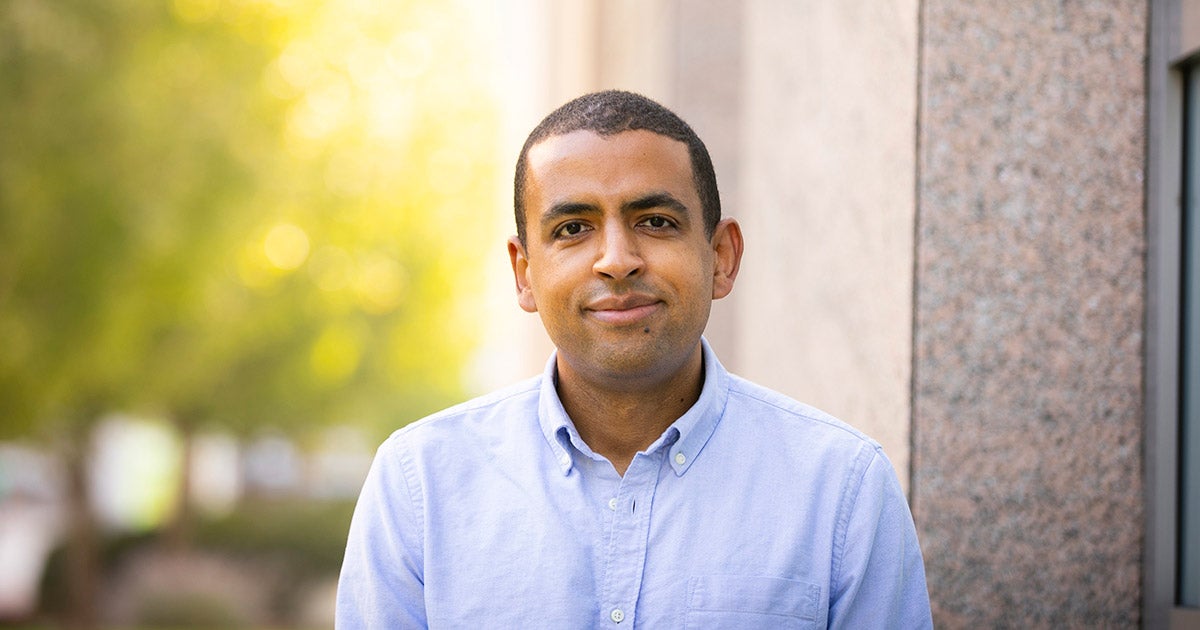 As the child of two parents with doctorates in economics, Isaiah Andrews went to college intent on not studying the same field.

But the work engaged him deeply, particularly the way it could help answer important public-policy questions, so Andrews not only majored in economics and math, but went on to receive his Ph.D. in economics as well. And today he was named a 2020 MacArthur Fellow by the John D. and Catherine T. MacArthur Foundation for his dynamic work in the subfield of econometrics.

“A highly productive researcher and generous collaborator, Andrews demonstrates keen insight into how to address key statistical challenges in econometrics that are directly useful to empirical economists and have relevance to multiple fields,” reads his MacArthur Fellow profile.

“Thinking about the returns to education, the long-term contributors to economic growth, what drives business cycles — these are super-important questions for the short- and long-term welfare of society,” said the 34-year-old, who joined the Economics Department faculty in 2018 after a two-year stint as a postdoc in the Harvard Society of Fellows. “There are folks giving the best answers they can to those questions, and my subfield works on developing new statistical methods and evaluating the reliability of existing methods in order to help with that. We have to develop the best tools we can.”

This year there were 21 winners of the so-called “genius awards.” MacArthur Fellows receive a sum of $625,000 each to use any way they choose. Andrews said he has not had time to consider what projects or areas of research he might focus on. Until today’s announcement, he was only allowed to share the news with one person: his husband, Welton Blount.

“It still feels unreal when I think about it,” he said, adding that he had no idea when he was nominated.

Andrews grew up in Brookline, Mass., graduated with a double major from Yale in 2009, and completed his doctorate at MIT in 2014. After his time in the Harvard Society of Fellows, he taught at MIT from 2016 to 2018, when he joined Harvard’s economics faculty.

“I’ve had a great experience in the department, first as a postdoc, when the department was kind enough to give me an office and include me in department events, and, more recently, as a faculty member,” he said. “It’s a privilege to have such outstanding and dedicated colleagues, and to have the opportunity to work with such fantastic students.”

Much of Andrews’ research studies statistical interference, with a particular focus on methods that remain reliable when commonly used techniques fail.

“A lot of my work looks at how things can go wrong,” he said. “I’ve focused on how to more reliably quantify uncertainty. I think uncertainty is real in the world, and it’s important that we measure it as well as we can.”

“Isaiah is doing cutting-edge work that is increasing the sophistication and precision of analysis in the field,” said FAS Dean of Social Science Lawrence D. Bobo. “His work on matters of basic research design, fine-grained quantitative approaches, appropriate scope of inference, and the most rigorous statistical tests put him in a very special category.”

Much of his work deals with a problem known as weak identification, which arises when data contain relatively little information, an issue that can lead to misleading results when using popular methods to test hypotheses and quantify uncertainty. In a series of papers, many co-authored with Anna Mikusheva, his Ph.D. dissertation supervisor, Andrews developed more reliable methods for weakly identified settings.

More recently, in a paper published last year with Maximilian Kasy in the American Economic Review, Andrews proposed a method to correct for publication bias and construct unbiased estimates.

“Some statistical results are much more likely to be written up in papers and published. So for example, imagine that there are 100 groups studying job training around the world. Imagine that five of them conclude the program works, while the rest conclude that it doesn’t do much. If we only publish the findings from the groups which say job training is effective, this leads to a very distorted picture of job training effectiveness,” he said.

That work helped inform research from Nathaniel Hendren and Ben Sprung-Keyser, published this year in the Quarterly Journal of Economics, that examined the return for many social programs.

“One of the headline findings was that many of these programs targeting low-income children more than paid for themselves. But there was concern about publication bias, that research showing these programs don’t do anything might not get published at all. By applying the method from our paper, they were able to correct for this concern. In fact, there did appear to be some publication bias, but even once they corrected for that, the finding of substantial benefit survives.”

Andrews, who is also a research associate at the National Bureau of Economic Research, received a National Science Foundation CAREER Award in 2017, and earlier this year an NSF grant with Jesse Shapiro and in collaboration with Matthew Gentzkow. He serves as an associate editor of the American Economic Review, Econometrica, the Journal of Economics, and the Quarterly Journal of Economics. He won MIT’s Robert M. Solow Prize for Excellence in Research and Teaching in 2014, and the Excellence Award from the Afro-American Cultural Center at Yale in 2009. Beginning next year, he will serve on the American Economic Association’s Committee on the Status of Minority Groups in the Economics Profession.