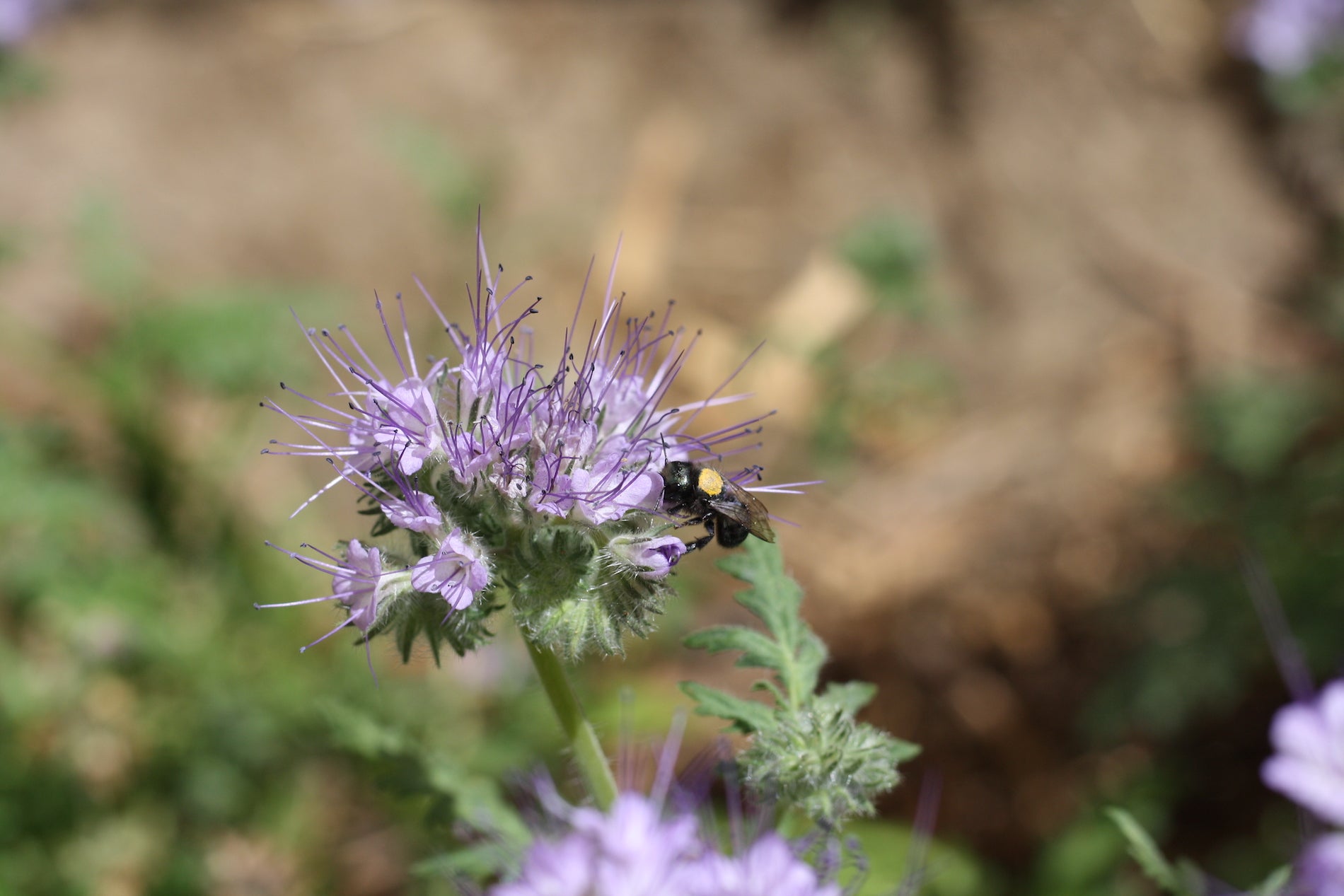 The loss of flowering plants and the widespread use of pesticides could be a double punch to wild bee populations. In a new study, researchers at the University of California, Davis, found that the combined threats reduced blue orchard bee reproduction by 57 percent and resulted in fewer female offspring. The study was published in the journal Proceedings of the Royal Society B.

“Just like humans, bees don’t face one single stress or threat,” said lead author Clara Stuligross, a Ph.D. candidate in ecology at UC Davis. “Understanding how multiple stressors interplay is really important, especially for bee populations in agricultural systems, where wild bees are commonly exposed to pesticides and food can be scarce.”

The study found that pesticide exposure had the greatest impact on nesting activity and the number of offspring the bees produced. Pesticide exposure reduced bee reproduction 1.75 times more than limiting their food.

Nesting female bees were set up in large flight cages containing wildflowers at high or low densities treated with and without the insecticide. The insecticide was applied based on label instructions. Bees can be exposed to insecticides by consuming pollen and nectar from the treated flowers. Similar research has been conducted on honeybees in labs, but there has been no comparable research on wild bees in field or semi-field conditions.

The two main factors that affect bee reproduction are the probability that females will nest and the total number of offspring they have. The research found that pesticide-exposed and resource-deprived female bees delayed the onset of nesting by 3.6 days and spent five fewer days nesting than unexposed bees.

Co-author Neal Williams, a pollination ecologist and professor in the Department of Entomology and Nematology at UC Davis, said that’s a substantial delay considering bees only nest for a few weeks. The production of female bees is also crucial to determining the health of future bee populations.

The study found pesticide exposure dramatically reduced the probability that a bee produced even a single daughter. Of all nesting females, only 62 percent of pesticide-exposed bees produced at least one daughter compared to 92 percent of bees not exposed to pesticides.

Study authors said the research can help farmers make decisions about how they manage the environment around orchards. It reinforces the need for growers to carefully think about the location where they plant flowers for bee forage, to prevent flowers from becoming traps that expose bees to pesticides.