The House Judiciary Committee on Tuesday (Oct. 6) said Big Tech companies — Amazon, Apple, Facebook and Google — have abused their monopoly power and called for the most sweeping changes to antitrust laws in 50 years.

Democratic leaders on the House Judiciary antitrust subcommittee delayed the release of their report on the future of Big Tech. But reports suggest the subcommittee could call as soon as this week for some of those companies to be broken up. 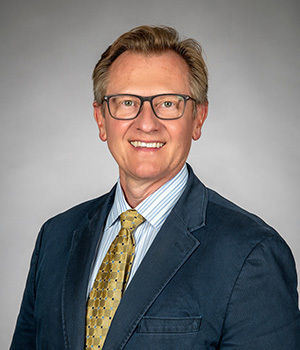 Whether Big Tech is too big is not where the focus should be, according to James Otteson, the John T. Ryan Jr. Professor of Business Ethics at the University of Notre Dame’s Mendoza College of Business.

“The issue should not be whether we like what the firms do, whether we like the choices they make regarding their policies and offerings, or whether the firms are simply big,” said Otteson, who specializes in the philosophy and morality of business. “As private firms, they should have the right to offer the goods or services they want, and if their size results from many people choosing to use their services, then that is good both for the firms and the consumers.”

Lawmakers said the four companies had turned from “scrappy” startups into “the kinds of monopolies we last saw in the era of oil barons and railroad tycoons,” but Otteson says the focus should instead be on whether consumers have an exit option.

“The fact that many people choose to employ the services of Big Tech firms in the context of highly competitive environments means that those firms are providing consumers a good or service that they value — and that is something to praise, not lament,” he said. “If the firms engage in practices that prevent consumers from choosing other providers, however, or impose costs on them for doing so, then that crosses an important line and would justify consideration of congressional or regulatory attention. But protecting consumer choice, and protecting an environment in which firms compete to serve consumers — and enjoy success when they do — should be the paramount concerns.”