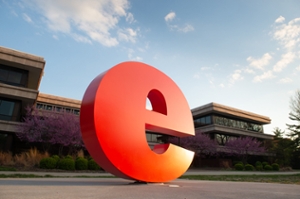 Southern Illinois University Edwardsville has been included in Washington Monthly’s 2020 Best Colleges for Student Voting Honor Roll. SIUE is among 157 schools on the list.

To encourage schools to work at bettering turnout, Washington Monthly used the ALL IN Campus Democracy Challenge and the National Study of Learning, Voting, and Engagement (NSLVE) information to compile its fifth student voting honor roll. The listed schools met multiple criteria:

Laurie Rice, PhD, professor of political science in the College of Arts and Sciences, said SIUE joined the ALL IN Campus Democracy Challenge in 2016. Joining the movement meant SIUE committed to: “Improving democratic engagement, increasing student voter participation rates, and graduating students with a lifelong commitment to being informed and active citizens.”

“This commitment is consistent with SIUE’s core values, such as citizenship, and its mission to help prepare students to shape a changing world,” Rice said.

ALL IN works with many institutions to develop school-specific student voting action plans. It has developed a virtual tool kit full of suggestions for how schools can use the internet to bolster registration and turnout during the pandemic, and it has created a Google group where colleges can share digital resources. The NSLVE at Tufts University calculates registration numbers and turnout rates for participating campuses, allowing schools to track their progress.

As part of the ALL IN Challenge, SIUE formed a team of students, staff, and faculty to promote student engagement in elections. “The team drafts action plans with activities to increase voter registration, voter education and voter turnout,” Rice continued. “The team has worked to build partnerships across campus, bridging student affairs and academic affairs, and uses both NSLVE data and data from the Student Election Survey conducted by Dr. Ken Moffett and myself, to help refine efforts, involve more stakeholders and engage in outreach to underrepresented groups of students.”

During the current election season, Carolyn Compton, assistant director of community engagement in the Kimmel Student Involvement Center, addressed the challenges of reaching out to students during the COVID-19 pandemic. “We have met students where they are by using whatever means we can to bridge any gaps,” she said. “We have been innovative and creative, and we have been flexible with planning and expectations.

“Our graduate assistants have created Debate and Ballot Party packs that are Google share documents that can be used to help students plan virtual parties with their family and friends or small in-person events with their housing family units. The intention is that these reduce contact points and reach students both on and off campus.”

Compton said another initiative this year was launching social media platforms (Facebook: @siuevotes; Instagram: @siuevotes; Email: Siue_votes@siue.edu) from the Kimmel Student Involvement Center’s Community Engagement Team that promote the Campus Election Engagement Project and ALL IN Challenge events. They also have worked with student-athletes, as well as some of the fraternities and sororities, to create cross promotions.

Washington Monthly indicated that the 157 schools comprise an eclectic group. It created the honor roll utilizing voter registration rates. Many prestigious, private four-year colleges perform well, but they are easily outnumbered by public two- and four-year institutions. Some of America’s most famous schools did not make the cut.