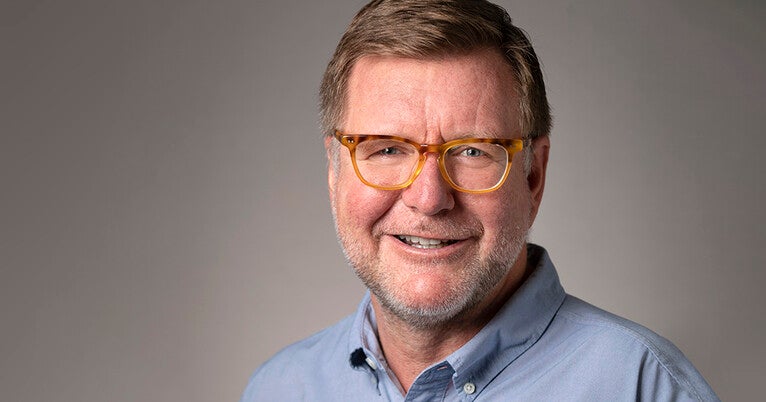 As a scholar of international history, Arne Westad studies the past to better understand today’s most pressing global challenges.

It’s an approach Westad imparts to his students at Yale, and one that lies at the heart of the university’s International Security Studies (ISS) program, which he was recently appointed to direct. Established in 1988, ISS focuses on training the next generation of scholars in international security. It supports cross-disciplinary research that blends theoretical rigor with historical depth to address matters of global importance.

Westad specializes in the history of eastern Asia since the 18th century. His 2006 book, “The Global Cold War: Third World Interventions and the Making of Our Times,” won the Bancroft Prize, which recognizes distinguished works on diplomacy or American history. He came to Yale in 2019 from the Harvard Kennedy School and teaches in the Department of History at Yale’s Jackson Institute of Global Affairs. His term as ISS director will begin July 1, 2021.

Westad, the Elihu Professor of History and Global Affairs in the Faculty of Arts and Sciences, recently spoke to YaleNews about his work and vision for ISS. The interview was condensed and edited.

Congratulations on your appointment to direct ISS. How do you feel about taking on the job?

I’m thrilled. One thing that drew me to Yale is the university’s strength in drawing on expertise from a range of disciplines to examine international security issues. Of course, like the scholars who established the ISS program, Professor Paul Kennedy first and foremost, I’m a historian with a strong interest in contemporary international affairs. My research concerns historical issues, but I try to draw on history to better understand current events. That’s exactly what ISS has been doing and why I’m excited to by the opportunity to lead it.

Of course, I also see this appointment in connection with the university’s massive investment in establishing the Jackson Institute for Global Affairs.

What’s the most pressing issue in U.S. foreign policy?

One of the most important issues in U.S. foreign relations is the country’s relationship with China. I have a keen interest in East Asian and Chinese history as well as U.S.-China relations. Yale can bring expertise to bear on that relationship from a variety of disciplines, including history, political science, economics, comparative literature, or philosophy.

Yale can bring expertise to bear on that relationship [between the U.S. and China] from a variety of disciplines.

Universities have struggled to open up this conversation beyond the two countries’ political or economic relationship. That’s something I want to avoid in my work with ISS, and it’s something that Jackson wants to avoid as well. We aim to approach these issues in broad, cross-disciplinary terms. We want to consider the role of non-governmental organizations, activist groups, popular culture, and various other kinds of U.S.-China contacts not involving top-level politics and diplomacy. How significant is it, for instance, that we have such a large number of very successful Chinese students who attend American universities?

What other security challenges will ISS students study?

ISS will engage with the most pressing current security challenges, such as the COVID-19 pandemic and climate change, along with the massive global problems of poverty and inequality. These issues originate from a much deeper history, and I believe there isn’t enough emphasis placed on understanding those deeper trajectories. That’s not to say there aren’t wonderful people writing about them. For instance, my colleague Frank Snowden in the Department of History has done excellent work on the history of epidemics. That deeper sense of history can inform how we move forward in this precarious time.

How much can history illuminate the current moment given that the world is so much different now than it was even 50 years ago?

Of course, there are substantial differences between present and past, such as technology, communication, and even politics. But there are also structural similarities in terms of economics and modes of thinking. There is only so much knowledge that we can extract from current events. If we don’t try to understand today’s challenges by examining the past, we’ll be rudderless.

If we don’t try to understand today’s challenges by examining the past, we’ll be rudderless.

You’ve been on sabbatical this year. What are you working on?

I’m working on two projects. The first, which I’m finishing, is a book on China in the 1970s that I’m writing jointly with Professor Chen Jian at New York University. We look at China’s trajectory from the Cultural Revolution to the market reform and social economic changes in the 1980s. It’s a fascinating project, not least because we’re completing it just as China appears to be moving in a somewhat different direction once again.

I’m also preparing another project, which is very different. It’s a biography of a 19th-century British colonial official named James Bruce, the 8th Earl of Elgin. He served as governor of Jamaica and governor general of Canada. He was viceroy of India from 1862 to 1863. He also served in China and Japan. I’m intrigued by the transition from the purely exploitative imperialism of the early 19th century to an imperialism that emphasized control, reform, and improvement in the colonial areas. In many ways, the latter form of colonialism was as brutal and vicious as the former, but it was different. I think that transition can tell us something about our own time and the change from the Cold War to the post-Cold War era.

At ISS you’ll succeed Paul Kennedy, a distinguished historian and the program’s founding director. How has he influenced your field?

Paul Kennedy has had enormous influence on how we research and teach international history. His work has stimulated many of my own approaches, and I still use his seminal book, “The Rise and Fall of the Great Powers,” when I teach at the Jackson Institute.

As I said, ISS is the kind of program that attracted me to Yale. I’m not sure it could exist at most other major universities due to the breadth of disciplines it engages with across campus. The program is a credit to Paul and Yale’s history department, which was so crucial in establishing it. It’s not just for historians, of course, but it’s wonderful to see how important history, and the humanities in general, are to the study of international affairs at Yale. I look forward to continuing this legacy.